Special Warfare Combatant-Craft Crewmen, otherwise known as SWCC (pronounced ‘swick’), are highly trained boat teams that assist SEAL teams on Special Operations missions. SWCC teams are experts at clandestine infiltrations and exfiltrations, and their training is heavily geared towards mastering the small craft in which they operate in.

SWCC teams conduct fast assault missions utilizing a variety of weapons mounted to their craft as they cruise down rivers and across other smaller bodies of water.

Check out the SWCC teams in action in the video below:

SWCC is specially trained to operate on and around rivers and coastal regions around the world while wielding extreme firepower and a deadly skillset. SWCC operators also conduct direct action and special reconnaissance missions on their own.

The tasks of SWCC include the insertion and extraction of SEALs and other Special Operations Forces from a variety of Naval Surface Warfare vessels, the collection of important data about enemy military installations and shipping traffic in coastal areas, and the assistance of other military and civilian law enforcement agencies 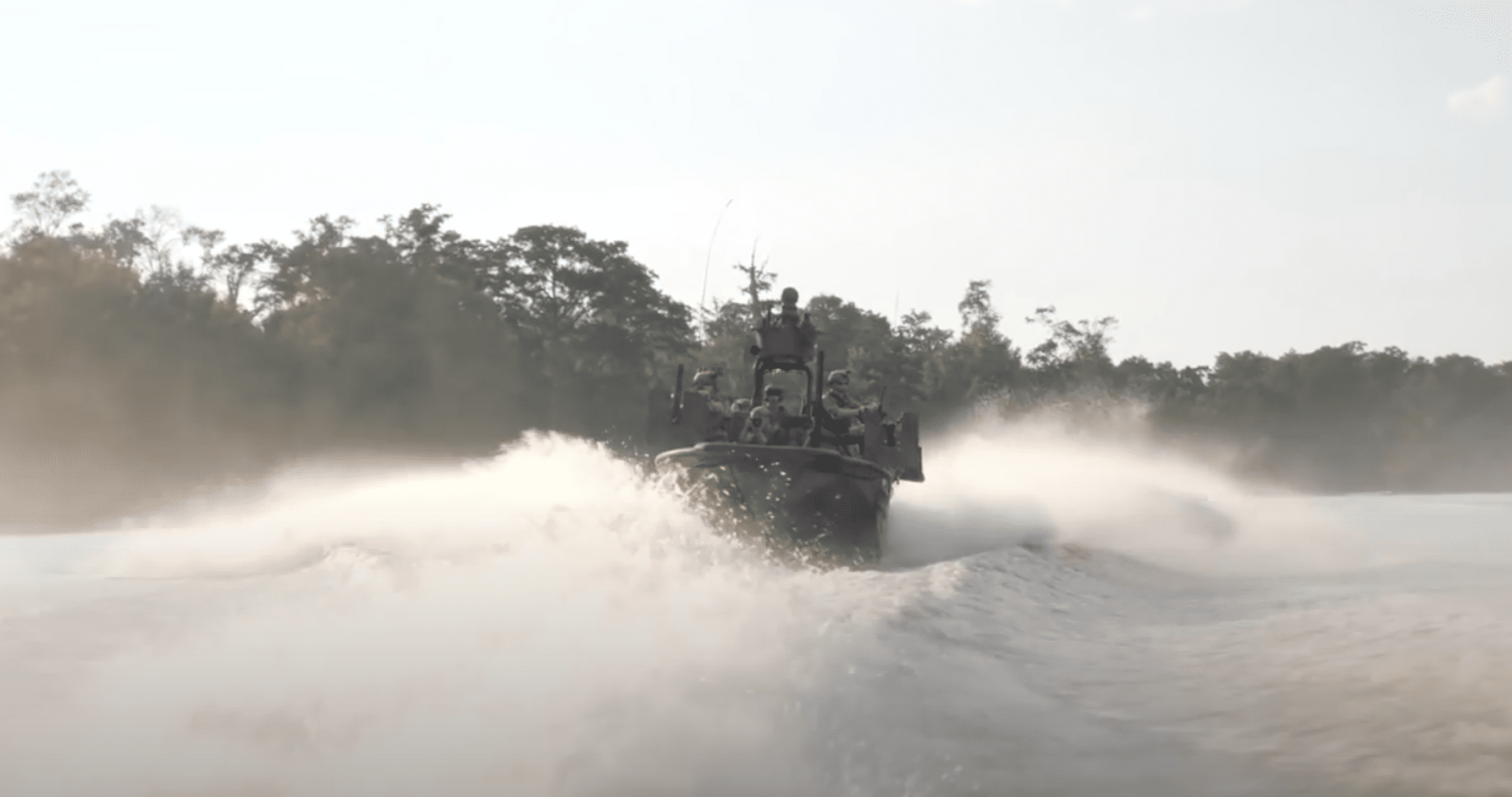 When it comes to their firepower, SWCC boats are often outfitted with the infamous GAU-17A minigun. The deadly weapon is a Gatling-style machine gun system that can fire up to 4,000 rounds per minute.  The 17A model is specific to the U.S. Navy and Air Force and comes with special mounts for the decks of each ship or craft.

In the video above, the minigun can be seen blasting out hundreds of rounds of ammunition in the blink of an eye. The flame-spitting weapon can mow down enemy vehicles without skipping a beat. 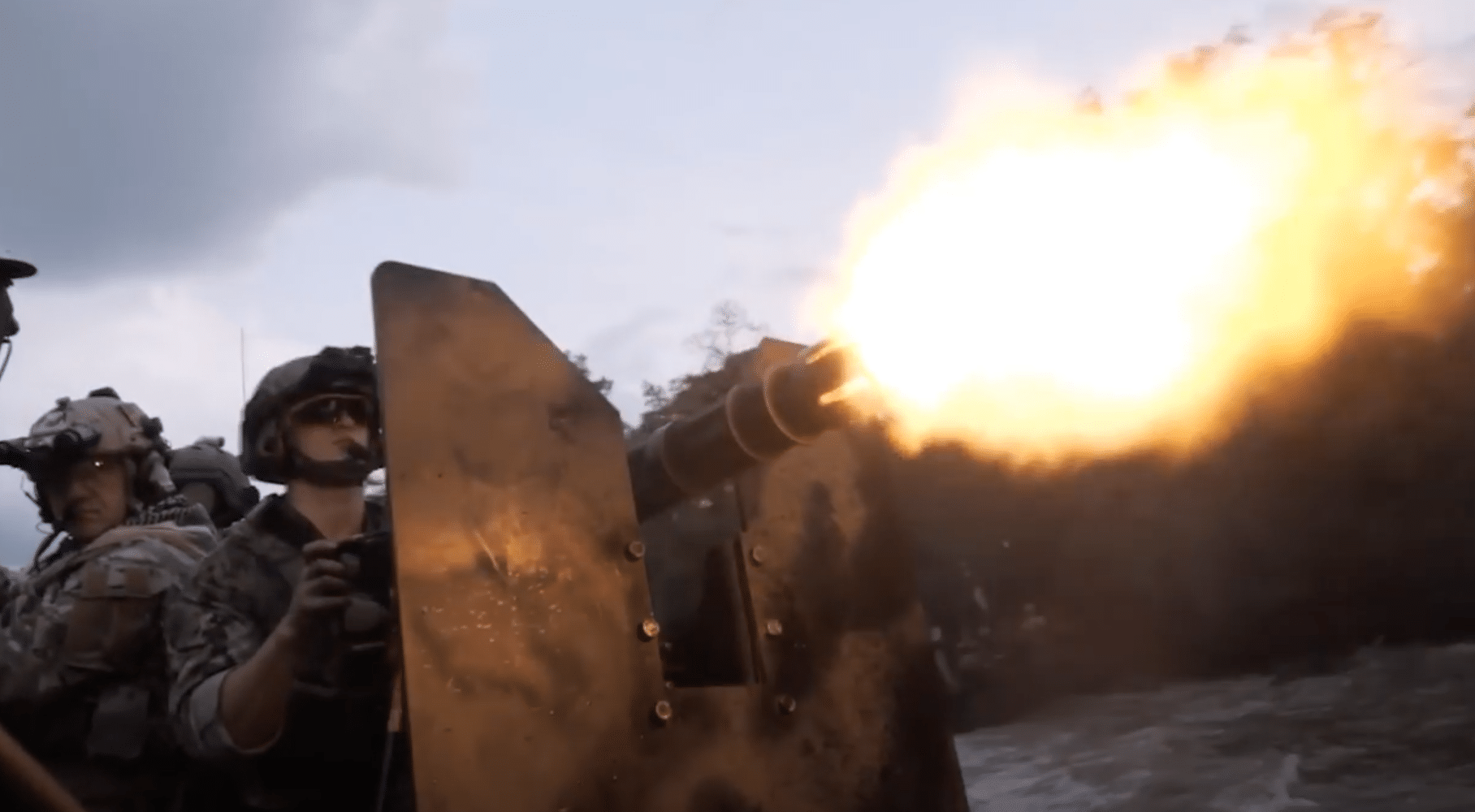 Each boat is equipped with a number of mounted miniguns and other weapons that allow the crew to conduct an all-out assault with ease. The boat itself can carry dozens of crew members during a single mission.

The special type of craft utilized by the SWCC is the SOC-R, or Special Operations Craft- Riverine. These boats are specifically designed to be used by SWCC and have a number of features that aid in their day to day missions. Some of those features include a sharp turn radius, increased weapons mounts, and a higher rate of speed than their counterparts. 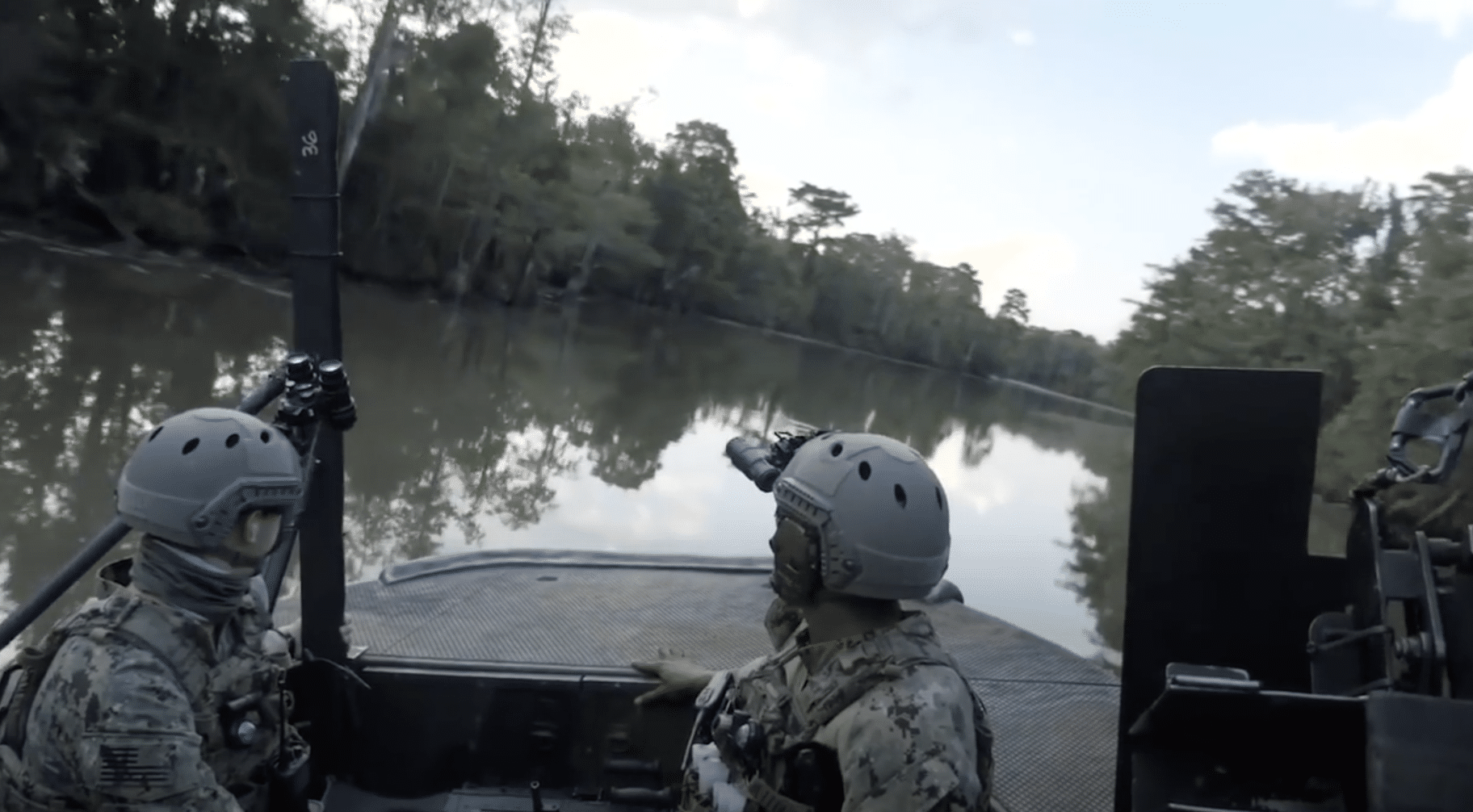 The SWCC has been an elite and selective part of the U.S. Navy for the last 30 years. Potential SWCC candidates must be selected amongst top tier recruits before undergoing extensive training. There are currently around 755 active SWCC.