The USNS Comfort has been deployed to New York Harbor to assist with the growing coronavirus pandemic in the city. (Jamaica Observer/YouTube)
April 24, 2017 Wade Bennett
Share
Tweet
Flip

The USNS Comfort is a Mercy-class hospital ship owned by the United States Navy. Her crew, consisting of members and workers of the Military Sealift Command (MSC), are tasked with providing emergency care both in active combat situations and during natural disasters.

Check out this video tour of the USNS Comfort to see how the ship is utilized to help those in need:

Interestingly enough, while the ship is widely known as a medical hub today, that was not always the case. The Comfort had humble beginnings as a supertanker before being converted in the 1980s. However, it still retains its original form as a seaworthy vessel.

“We often joke, is the ship a hospital, or is the hospital a ship?” said one of the captains aboard the Comfort. “Well, it’s both.”

“That’s part of what makes this ship so unique. We run it as a hospital, but it’s also run as a ship.” 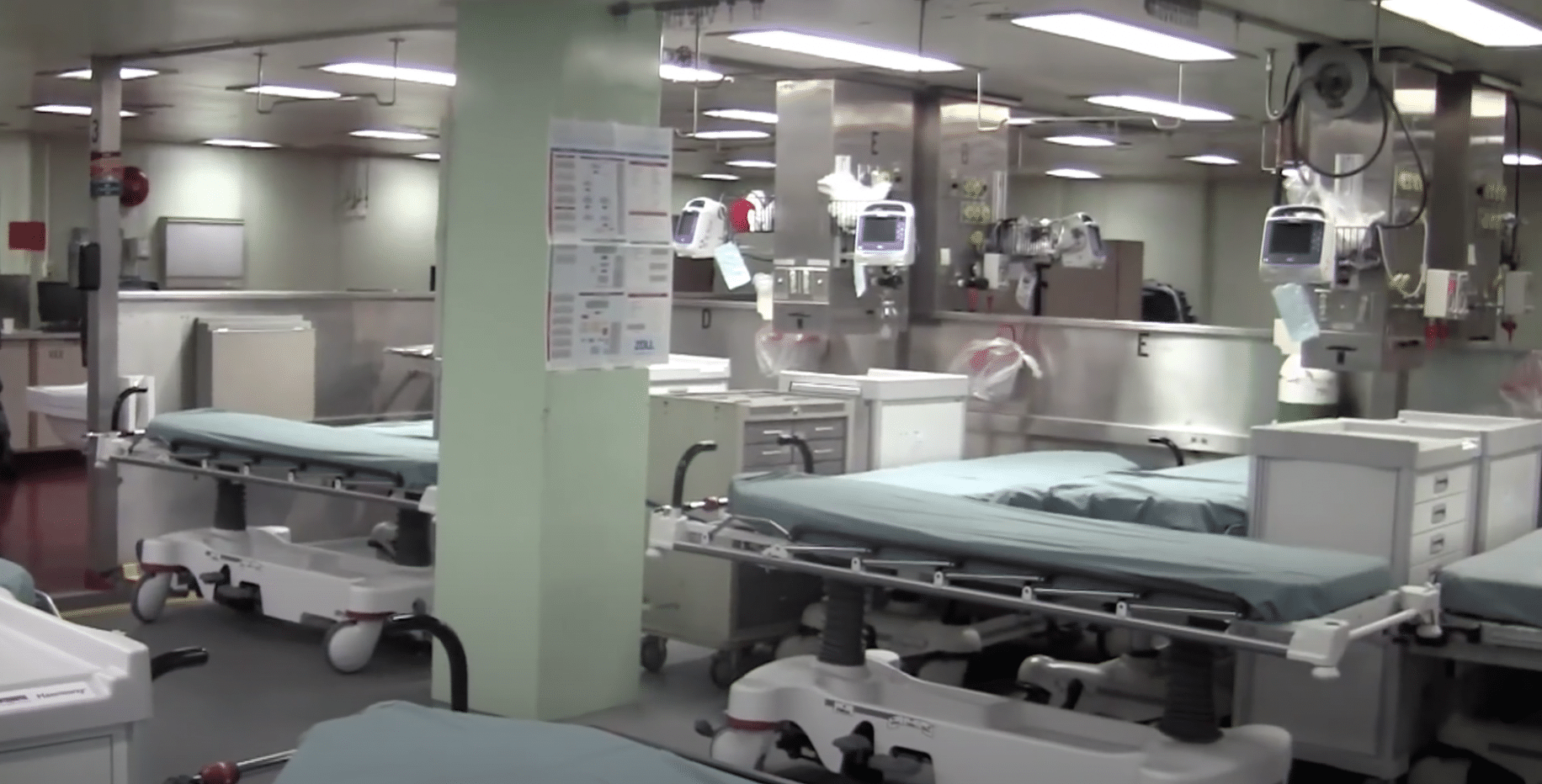 As a hospital, Comfort has the ability to house and treat hundreds of patients at a time. Its total capacity can exceed 1,000 and includes 80 intensive care beds, 500 limited care beds, 12 operating rooms, and a number of other wards.

In addition to the patients, Comfort is home to more than 1,000 crew members as well. The hospital staff count can exceed 900 alone, and the ship itself requires more than 250 naval support staff to keep her up and running.

While the ship is primarily utilized for treating military personnel in active war zones, Comfort has played an integral role in natural disaster relief. The ship was deployed in the aftermath of Hurricane Katrina in 2005 and Hurricane Maria in 2017. 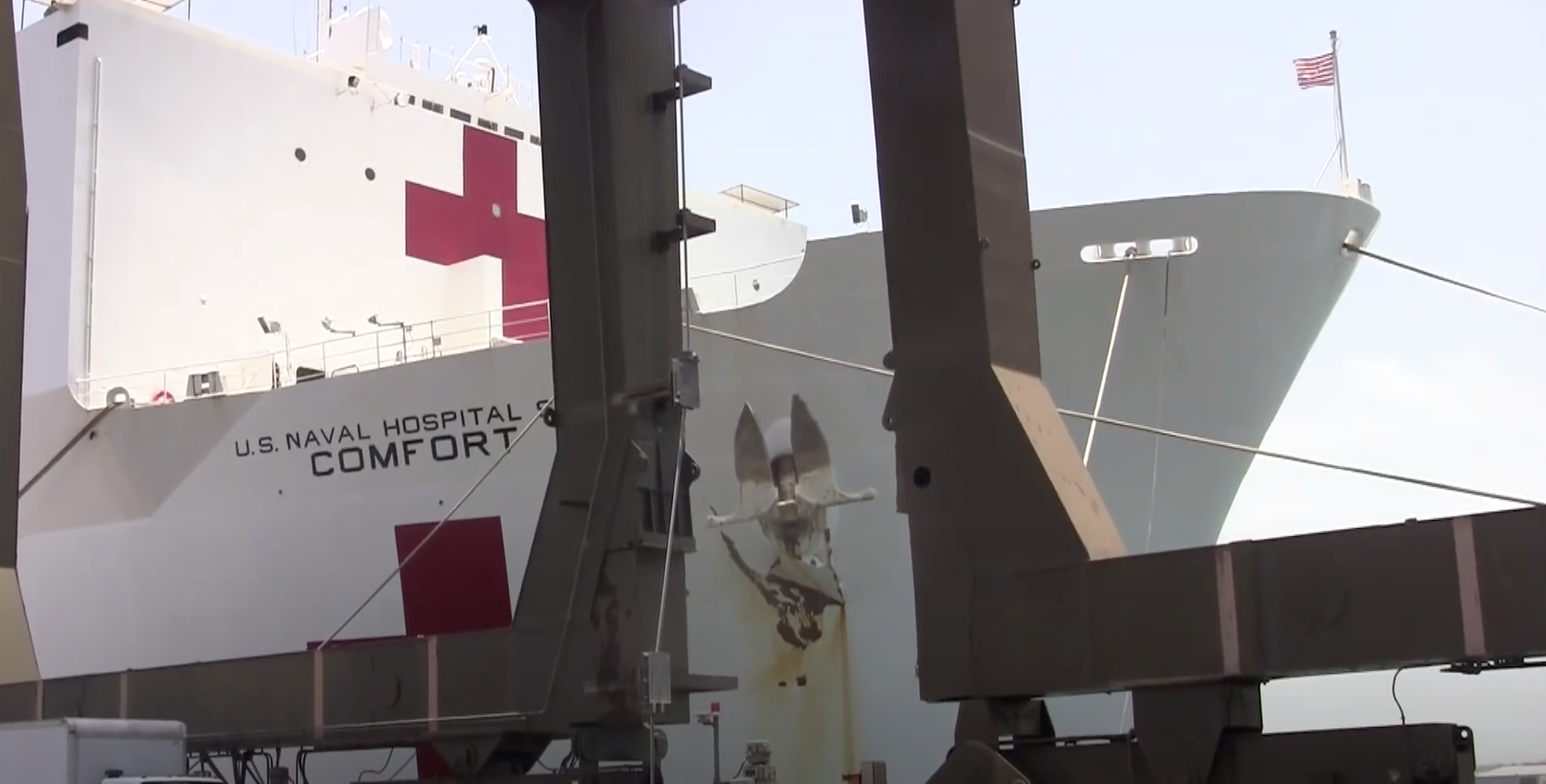 During an emergency situation, the ship can be readied and deployed to an area in just a matter of days. In response to any natural disaster, time is of the essence, and having additional doctors and staff on-site to assist in the hardest-hit area in the world may mean dozens or even hundreds of lives saved.