(VIDEO) This Is How The U.S. Navy Plans To Build A More Developed & Lethal Super Frigate

The world is changing. This is an inevitable truth, and those who resist change are destined to be left behind, beaten, and forgotten. This is something the U.S. Navy won’t do. They will not be relegated to a second class force.

Since its creation during the Revolutionary War, it was clear that America’s spirit of innovation and second-to-none attitude would be in full display on its “floating armada.” Ever since taking over the British Navy as the top dog on the high seas, the U.S. Navy has stayed a step above and beyond all other navies around the globe. This has been achieved in no small part by creating and maintaining the most advanced and lethal floating force known to man. The list of navy vessels is extensive and impressive, and it has been credited with ensuring America’s unchallenged leadership position around the globe. Now the U.S. Navy wants to extend its arsenal by building a “super frigate.”

Even though the new Frigate was conceived of as a more survivable adaptation of the Littoral Combat Ship (LCS), a new requirements analysis is examining the feasibility of making the ship even more lethal and survivable than what previous plans called for, exploring the possibility of adding Local Air Defenses (LAD), new weapons and enhanced protection technology to its requirements for a new Frigate slated to emerge in the early 2020s.

The Navy already plans for the new Frigate to have stronger air defenses and enhanced survivability initiatives, which open the door to a wide range of offensive and defensive weaponry, such as emerging low-cost laser weapons able to incinerate incoming enemy attacks or launch offensive strikes. This video relates the details on how the U.S. Navy wants to build a super frigate. 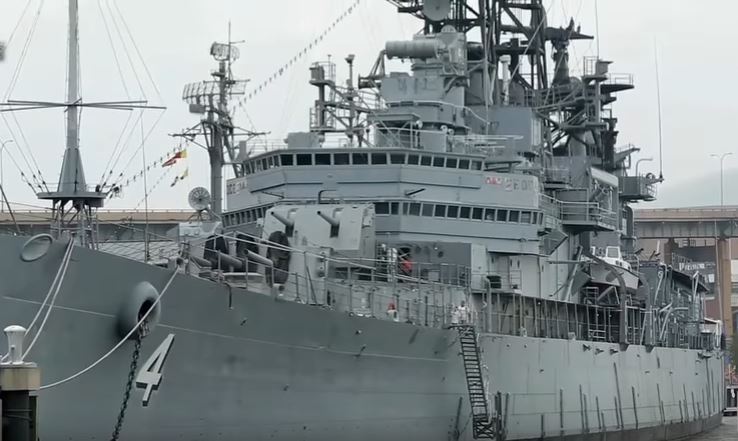 (VIDEO) A Look At The Incredible F-15E Strike Eagle