U.S. Navy strike group Carl Vinson, led by the aircraft carrier USS Carl Vinson is headed towards the Western Pacific Ocean to the Korean Peninsula in a show of force in response to the recent blatant provocations by North Korea.

A U.S. Navy press release stated, “Admiral Harry Harris, Commander, U.S. Pacific Command, has directed the Carl Vinson Strike Group to sail north and report on station in the Western Pacific Ocean after departing Singapore April 8.” The release continued to note that the strike group “will operate in the Western Pacific rather than executing previously planned port visits to Australia.”

While the directive did not mention North Korea directly, the directive from Admiral Harry Harris is clearly a response to the recent North Korean provocations of missile launches and direct threats towards the United States. The USS Carl Vinson was in South Korea last month for an annual training exercise, Foal Eagle. In response to the training exercises with the South Koreans, North Korea fired four ballistic missiles into the ocean off the Japanese coast to the condemnation of the international community. Following the launches, the U.S. started preparations for its anti-missile defense system, THAAD to be setup in South Korea.

While it is not out of the ordinary for U.S. aircraft carriers to visit the area, this redirected trip is directly aimed towards North Korea as a show of force. The U.S. has had a significant presence in the region for the last 70 years. 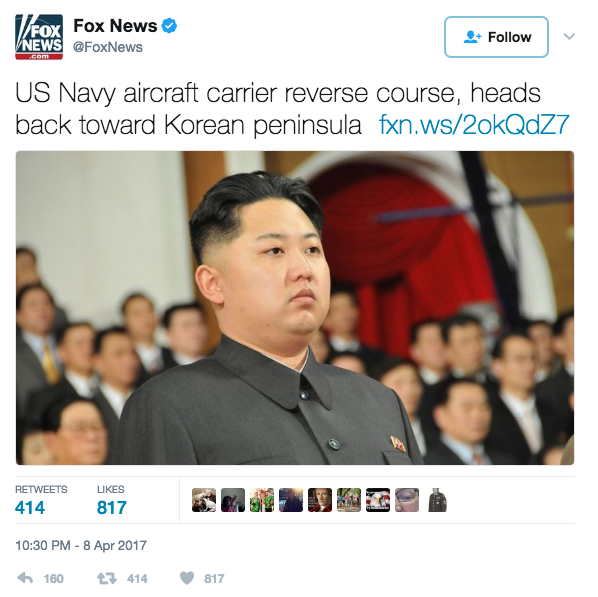 Last week in Tokyo Admiral Scott Swift, the four-star commander of the U.S. Pacific Fleet told reporters: “Up to this point I think it is fair to say that economic and diplomatic efforts have not supported the progress people have been anticipating and looking forward to.”

Swift continued, “When you compare the capacity and capability [of the U.S. Navy] to the North Korean Navy, I cannot imagine a stronger deterrent. To be facing a Naval force represented by the Pacific Fleet, it would be astonishing if North Korea would reach a military option, in my mind. There would be no doubt about the outcome of a military conflict, by any measure.”

“When you talk about the Pacific Fleet,” Swift said, “you are looking at 200 ships and over 1,200 aircraft and 140,000 sailors. If there were a conflict in the Pacific [or a contingency regarding North Korea, these assets] would be available to the president.”

News of the carrier move comes just after a summit meeting between US President Trump and Chinese President Xi Jinping, where North Korea was one of the top items on the agenda. US Secretary of State Rex Tillerson said Trump and Xi agreed on the “urgency of the threat of North Korea’s nuclear weapons program” and agreed to work together to resolve the issue “peacefully.”

Earlier this year, China called on both North Korea and the US to tone down tension on the Korean Peninsula — North Korea by suspending its nuclear weapons program and the US by stopping military exercises with South Korea that inflame the Pyongyang regime.

Days before the summit, Trump warned that the US was prepared to act unilaterally to stop North Korea’s nuclear program from advancing further should China be unwilling to use its leverage over Pyongyang. But analysts say any unilateral military options for the US concerning North Korea posed significant problems. While the US possesses overwhelming firepower compared to North Korea, an American strike on North Korea could expose South Korea to devastating casualties in retaliation, experts say. 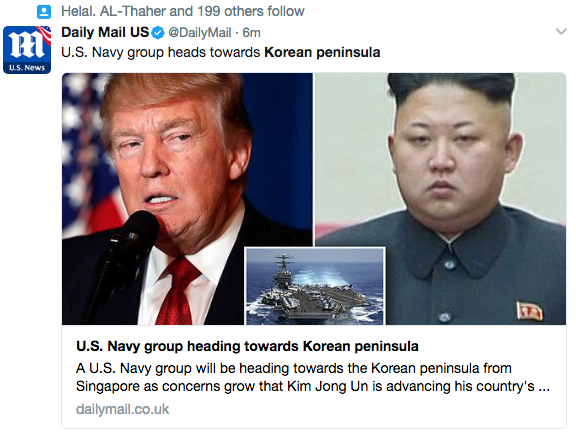