On Monday, April 17, Yonhap, South Korea’s largest news agency, reported that the United States was sending two more aircraft carriers to the Korean Peninsula in addition to the USS Carl Vinson. This “news” was reported worldwide by both large media outlets and the typical click-bait media outlets. American Military News spoke to a Navy official close to the situation, who said on condition of anonymity that the rumors that two more aircraft carriers, specifically the USS Reagan and the USS Nimitz, were headed to the Korean peninsula were completely unfounded and entirely untrue.

“I do not understand where that information is coming from,” the U.S. Navy official told American Military News. “Those ships are absolutely not headed to the Korean peninsula.”

This comes at a time when there has been some confusion about U.S. aircraft carriers and their reported plans.

On April 10, the U.S. made an announcement that the USS Carl Vinson strike group would be heading to the Western Pacific rather than execute previously planned port visits to Australia, in what was believed to be a show of force against North Korea.

However, it was later reported on Tuesday that the Navy had not sent the USS Carl Vinson directly towards the Korean Peninsula after departing from Singapore on April 8, as the original statement suggested. As of Tuesday, the carrier was still currently thousands of miles away from the Western Pacific, finishing up exercises off the coast of Australia. It will likely not arrive in the region until next week.

A week after the initial Vinson announcement by the United States, Yonhap, citing a source close to the South Korean government, claimed that in addition to the USS Carl Vinson, the U.S. would be sending two more aircraft carriers, specifically the USS Ronald Regan and the USS Nimitz, to the Sea of Japan to help further combat threats from the North.

Many media companies cited the South Korean news agency’s report, which offered no confirmation from any official U.S. entity that the two extra carriers were being deployed. The Navy was aware of the story due to it quickly spreading around the world. 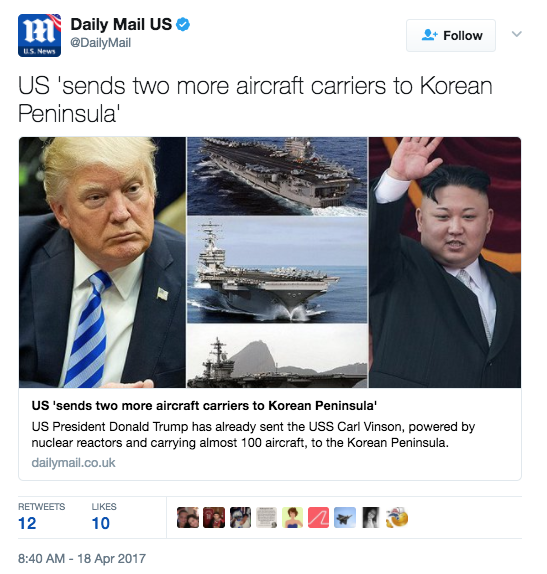 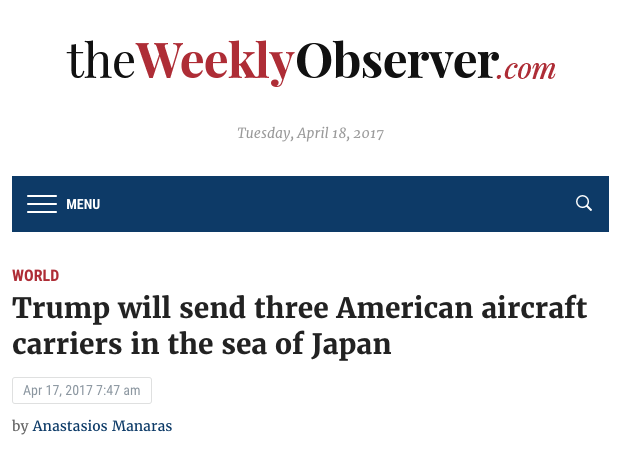 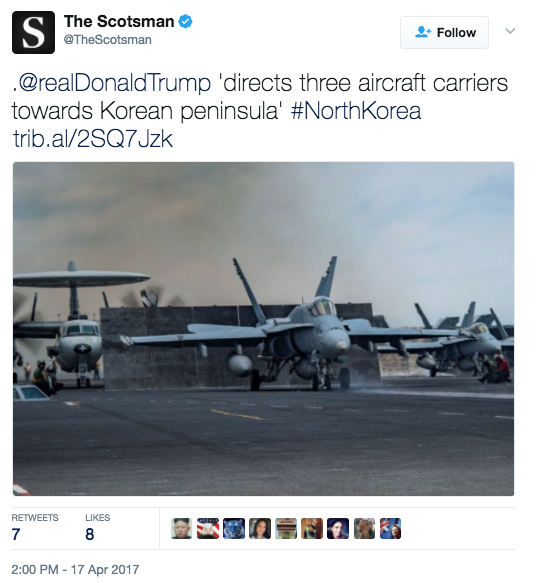 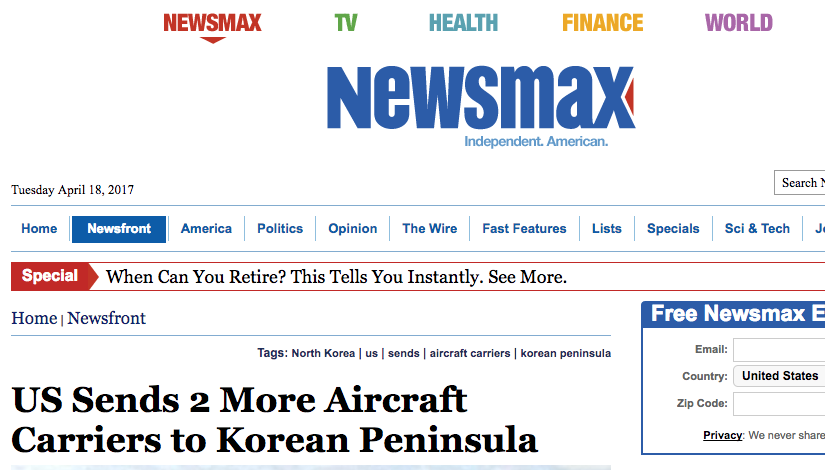 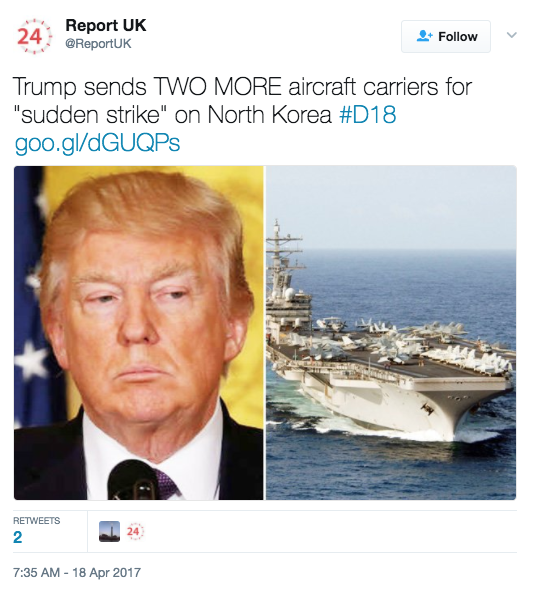 The Yonhap report came after officials from the U.S. and South Korea announced that North Korea had launched another missile test, which ” blew up almost immediately,” and that the U.S. and its allies in the region were committed to maintaining security in the region.

The U.S. Pacific Command released a statement about the latest missile test:

U.S. Pacific Command detected and tracked what it assessed was a North Korean missile launch at 6:21 a.m. (KST) April 16. The launch of the ballistic missile occurred near Sinpo.

The missile blew up almost immediately. The type of missile is still being assessed.

U.S. Pacific Command is fully committed to working closely with our allies in the Republic of Korea and in Japan to maintain security.