The United States Navy has some of the most powerful military vehicles at its disposal. From world-class aircraft carriers to combat ships and destroyers, the U.S.’s ocean defense is a force to be reckoned with. One style of vehicles lurking deep below offers the kind of stealthy and silent reconnaissance that adversaries fear most.

USS Texas (SSN-775) is a nuclear-powered fast-attack submarine that cruises the open-ocean on intelligence and defense missions around the world. In the YouTube below, viewers are treated to a firsthand look at not only the inside of this state of the art war machine, but also a wondrous view of the endless sea when the crew pops up for some fresh air.

Check out the full video:

The submarine featured in the video is the fourth named after the great state of Texas and calls Pearl Harbor in Hawaii its homeport. Its a Virginia-class submarine coming in at 377 feet in length and weighing some 7,800 long tons. The massive sub can propel itself more than 30mph and dive to depths of at least 1,000 feet. 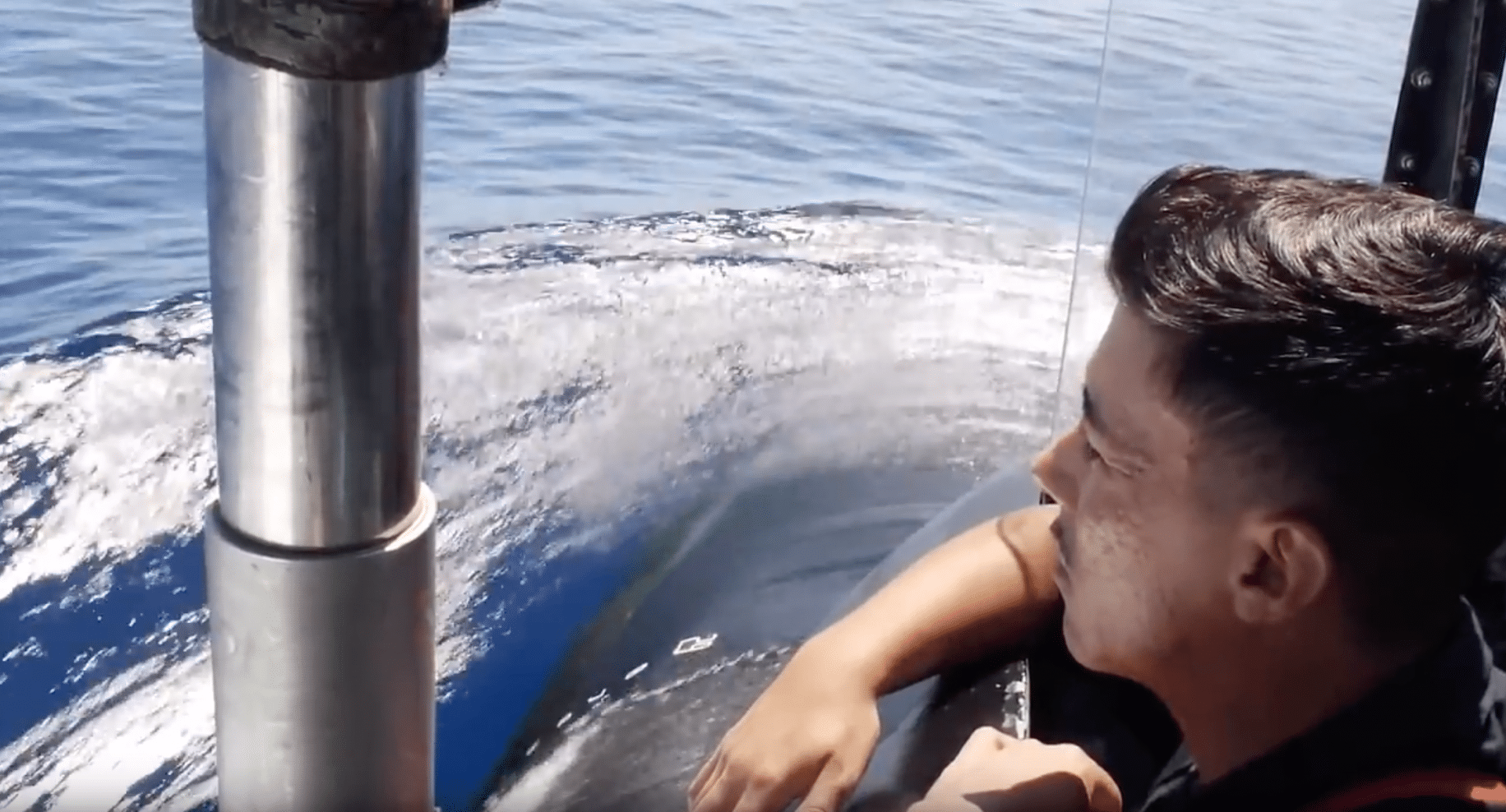 Recent developments with the Virginia-class submarines have expanded the capacity to carry 76 percent more weapons. 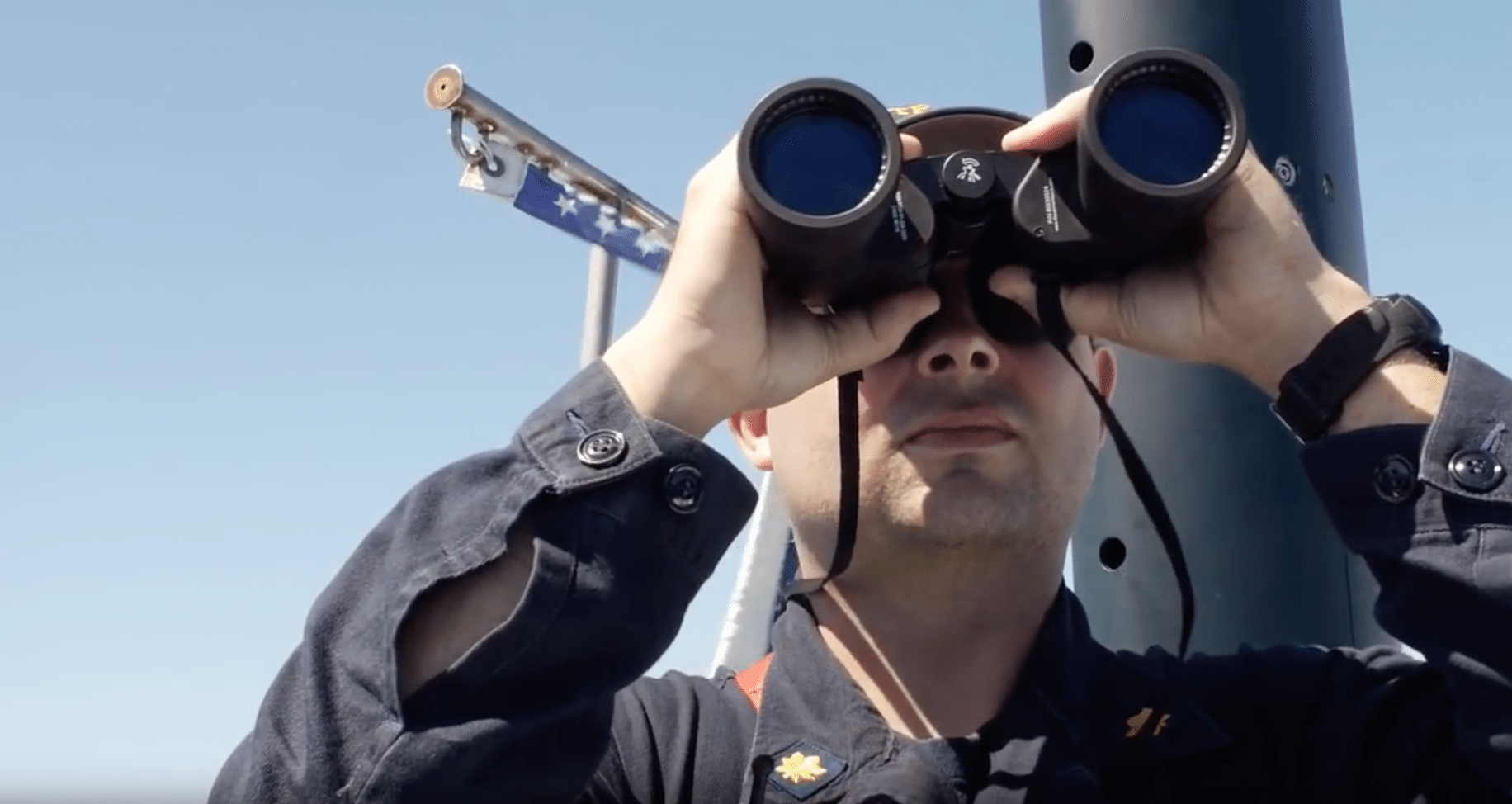 In the video, the submarine’s crew can be seen breaching the water and ascending up the conning tower to conduct an outside observation. The conning tower is a raised platform that remains armored and protected but allows for the ship’s crew to continue their mission outside. 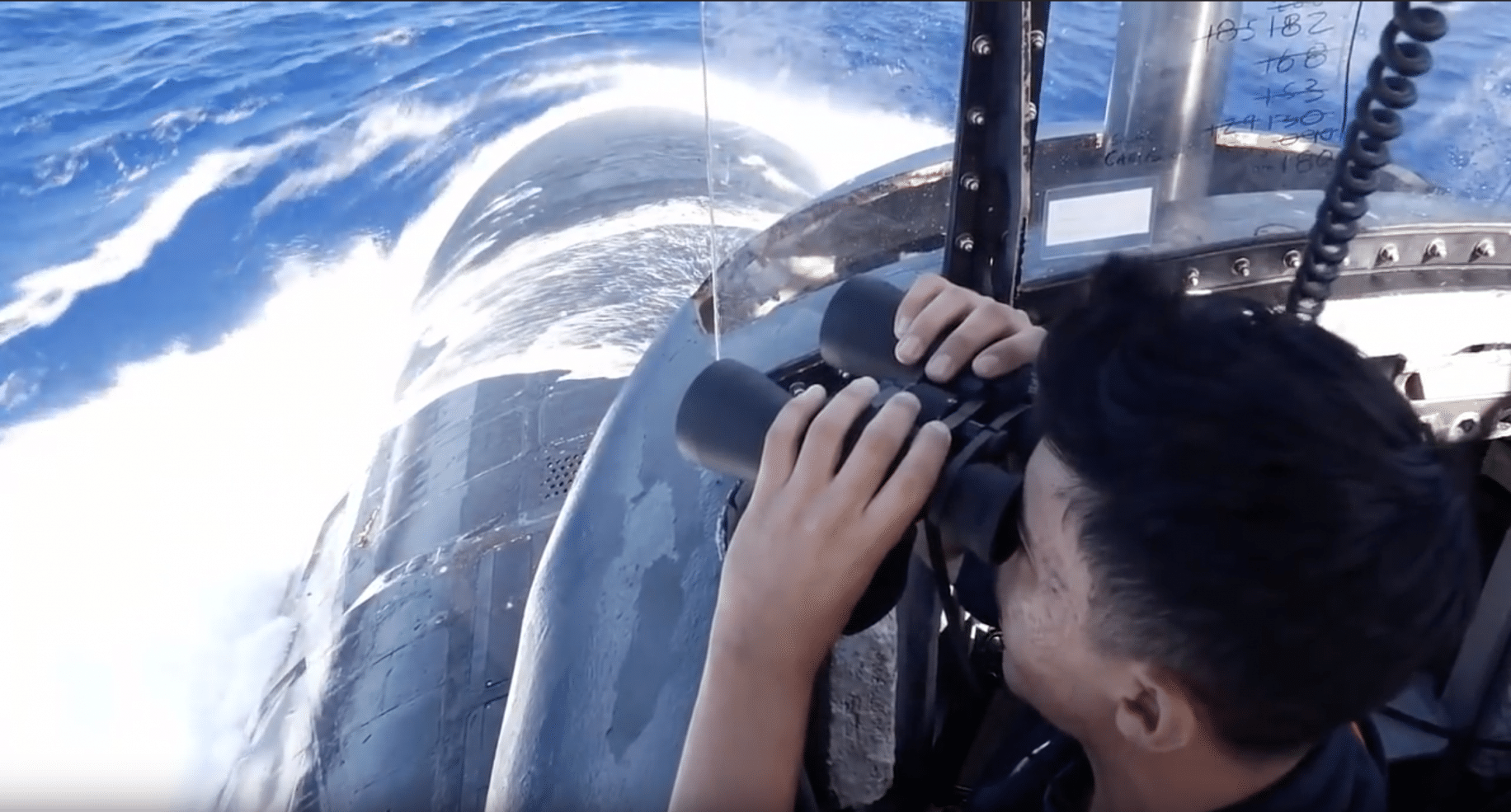 According to the video’s uploader, the ship and crew were traversing through the Pacific Ocean at the time of filming.