Retired General: A Large-Scale Military Strike On North Korea ‘May Be The Only Option Left’

President Donald Trump’s first choice for secretary of defense says the US may only have one option for dealing with North Korea — a large-scale military strike. 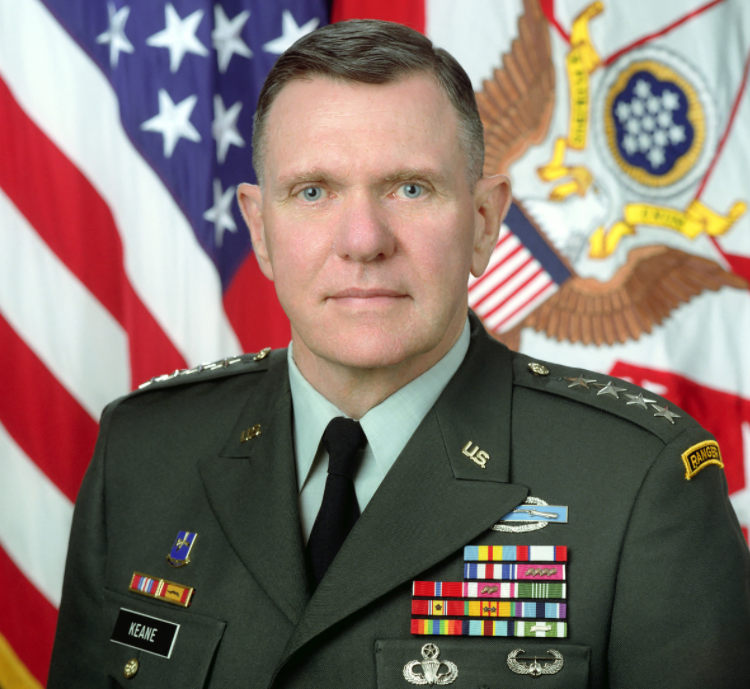 “A pre-emptive strike against launch facilities, underground nuclear sites, artillery and rocket response forces and regime leadership targets may be the only option left on the table,” Keane told The Times of London. “We are rapidly and dangerously moving towards a military option.”

Keane, who is said to be close to Trump, declined the role of secretary of defense offered to him by the president, citing the recent death of his wife.

Keane’s statement, that a military strike, which several experts have told Business Insider would involve an unthinkable number of civilian casualties, echoes sentiments from Trump in a recent interview with the Financial Times.

Ahead of his meeting with Xi Jinping, the President of North Korea’s biggest backer, China, Trump took a hard line on North Korea, saying “China will either decide to help us with North Korea, or they won’t,” adding that “if China is not going to solve North Korea, we will.”

As North Korea’s nuclear and ballistic missile programs reach the stage where they need frequent and detectable testing, Trump and his top officials have repeatedly stressed military strikes as an option.

In particular, the type of strike proposed by Keane would require a massive air campaign to strike literally hundreds of targets across the mountainous, densely-wooded country while defending Seoul against artillery fire and nuclear missile salvos.

Of course, other pundits have proposed options besides military strikes, such as having unconditional talks with the North Koreans, or suspending or limiting the annual Foal Eagle military exercises between South Korea and the US, which Pyongyang finds provocative.

However, Keane’s statements to The Times indicate that he’s lost faith in diplomacy as a tool: “Our last three presidents spanning over 20 years have failed to stop the North Korean nuclear program,” he said.

For now, the world awaits Trump’s meeting with China’s Xi, in what Trump has painted as a decisive conversation in determining the fate of the Kim regime.

Op-Ed: Ethics Of Driverless Cars: Should Consumers, Not Tech Titans, Get To Decide The Value Of Their Lives?