Listen To What Different U.S. Air Force Personnel Have To Say About The F-22

The Lockheed Martin F-22 Raptor is considered the first 5th-generation fighter in the U.S. Air Force inventory, using low observable technologies, modern avionics and efficient engines to offer an air superiority fighter unmatched by any other modern military. The F-22 Raptor, a critical component of the Global Strike Task Force, is designed to project air dominance, rapidly and at great distances and defeat threats attempting to deny access to our nation’s Air Force, Army, Navy and Marine Corps. The F-22 cannot be matched by any known or projected fighter aircraft.

The F-22 Raptor is a single-seat, twin-engine, all-weather stealth tactical fighter aircraft developed for the U.S. Air Force (USAF). The result of the USAF’s Advanced Tactical Fighter program, the aircraft was designed primarily as an air superiority fighter, but also has ground attack, electronic warfare, and signals intelligence capabilities. The prime contractor, Lockheed Martin, built most of the F-22’s airframe and weapons systems and did its final assembly, while Boeing provided the wings, aft fuselage, avionics integration, and training systems. The high cost of the aircraft, a lack of clear air-to-air missions due to delays in Russian fighter jet and Chinese fighter jet programs, a ban on exports, and development of the more versatile F-35 Lightning II led to the end of F-22 production. This video presents pilots and other airmen discussing different specifics of the aircraft, training, and overall program. 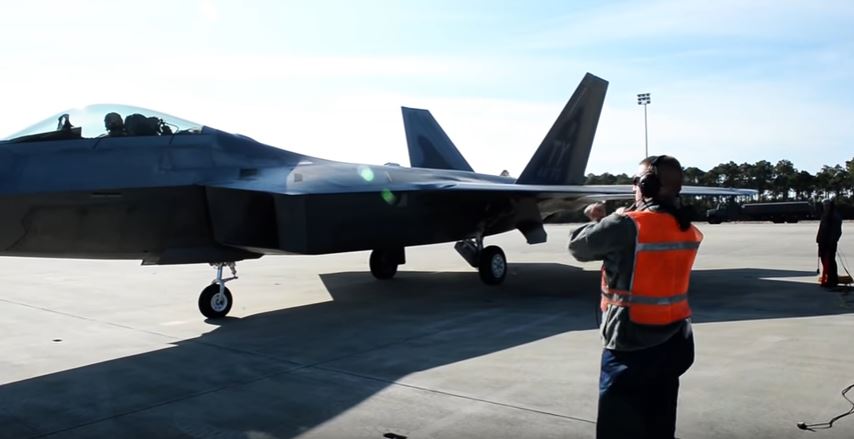