“This Is Almost Certainly James Comey’s Twitter Account,” claims Gizmodo reporter Ashley Feinberg in the title of an article published to the tech website on Thursday. In a detailed outline of her investigation, Feinberg explains how she came to the conclusion that Twitter user @projectexile7 was likely that of the FBI Director.

During an interview at the Intelligence and National Security Alliance leadership dinner on Wednesday, FBI Director Comey slipped that he had both a secret Twitter and Instagram account while telling a story about one of his daughters. The few nuggets of information shared by Comey were enough for Feinberg to work with.

“I care deeply about privacy, treasure it. I have an Instagram account with nine followers. Nobody is getting in,” Comey said. “They’re all immediate relatives and one daughter’s serious boyfriend. I let them in because they’re serious enough. I don’t want anybody looking at my photos. I treasure my privacy and security on the internet. My job is public safety.”

Feinberg went on a quest to find some of the FBI Director’s family members on the two social media networks. Through many attempts, she was able to find the Director’s son, Brien Comey, through the Kenyon College basketball team where he plays as an undergraduate. 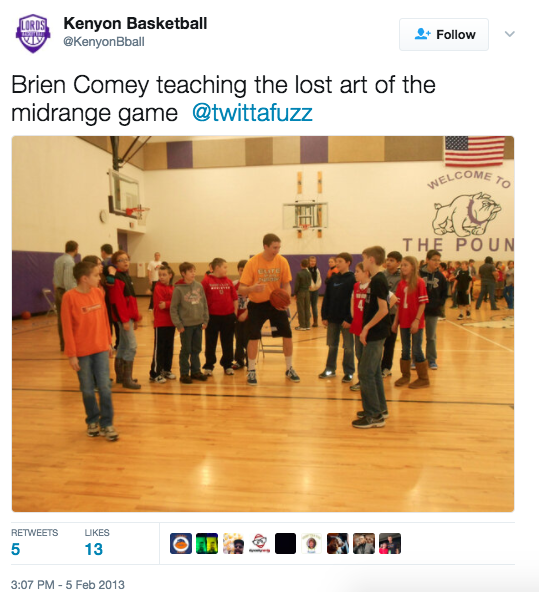 Using the now-dead “@twittafuzz” handle, she was able to find a tweet that linked to an Instagram account from Kenyon College that had Brien Comey’s account tagged. Though the Director’s son’s account was private, she noted that when you request to follow someone, “suggestions” for others to follow appear, and those accounts are linked to the one you requested to follow. When she requested a follow, she was also suggested an account called “reinholdniebuhr” which had ten followers, just one more than the nine Comey claimed to have. The account had no user picture. 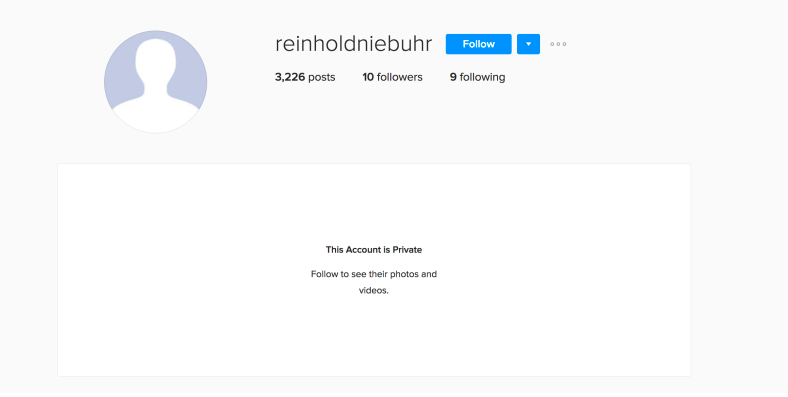 Feinberg was able to connect the Reinbold Niebuhr name to James Comey through an article written about the FBI Director in 2014 that read:

By senior year, Comey was a double major in religion and chemistry, writing a senior thesis on theologian Reinhold Niebuhr and televangelist Jerry Falwell and on his way to the University of Chicago Law School.

Eventually, by using that name in searches, Feinberg concluded that the ProjectExile7 Twitter account with the name Reinbold Niebuhr was likely Comey’s.

The day after Gizmodo published the article, the Reinhold Niebuhr Instagram account made its first post: a video of a man clapping, likely as a way to say “job well done.” 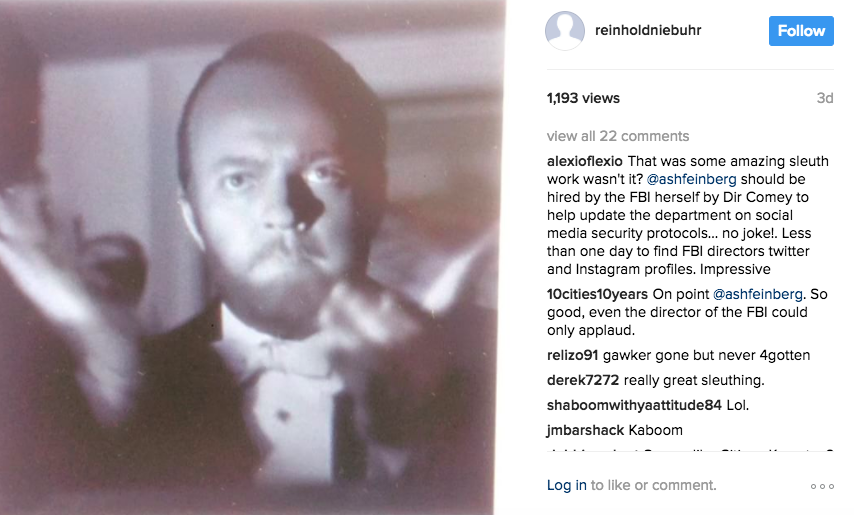 You can read all about Feinberg’s investigation here.