On April 10, 1942, one day after the surrender of the main Philippine island of Luzon to the Japanese, roughly 70,000 to 80,000 Filipino and American troops were forcibly transferred from Saisaih Point, Bagac, Bataan and Mariveles to a prison camp named Camp O’Donnell.

The event would later be called the Bataan Death March.

Prisoners were forced to march roughly 65 miles with little to no food or water. They were subjected to severe physical abuse, including being beaten and tortured. One practice used, the “sun treatment,” had prisoners sit under the sunlight naked. Some were even forced to sit within sight of fresh water – but not allowed to drink it. Those who asked were shot and killed, and men who grew too tired or to weak to march were run over by trucks or shot.

Even after arriving at Camp O’Donnell, the survivors of the march continued to die at astonishing rates. Estimates put the death toll at 20,000 or more Americans and Filipinos. Most of the dead were buried in mass graves that the Japanese had dug behind the barbed wire surrounding the compound. 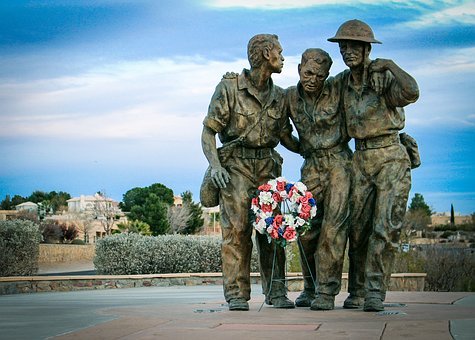 America avenged its defeat in the Philippines with the invasion of the island of Leyte in October 1944. General Douglas MacArthur, who in 1942 had famously promised to return to the Philippines, made good on his word. By February 1945, U.S.-Filipino forces recaptured the Bataan Peninsula, and Manila was liberated in early March.

The Death March was later judged by an Allied military commission to be a Japanese war crime. It was not until January 27, 1944, that the U.S. government informed the American public about the march following the release of sworn statements of military officers who had escaped. Shortly thereafter, the stories of these officers were featured in Life magazine.

After the war, an American military tribunal tried Lieutenant General Homma Masaharu, commander of the Japanese invasion forces in the Philippines. He was held responsible for the death march, a war crime, and was executed by firing squad on April 3, 1946.

Today, we remember those who were subject to the brutality of the Bataan Death March. Countless memorials, marches and other events take place across the country in recognition of those affected.