[UPDATE] 2:20 PM EST – San Bernardino Police Chief Jarrod Burguan reported that the preliminary information is that there are four victims, all are being treated. The suspect is reportedly down as well. Officials say the incident appears to be a murder-suicide.

A shooting has been reported at North Park Elementary School in San Bernardino, California, the San Bernardino County Fire Department has reported. SB County Fire said that officials are on scene and there are multiple gunshot wound victims. KTLA is reporting that at least four have been wounded. 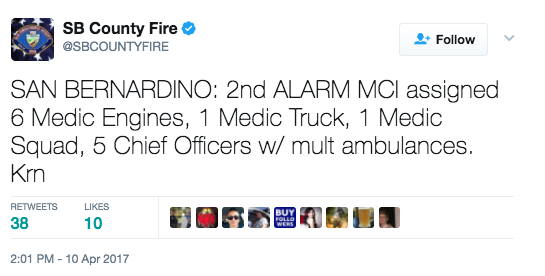 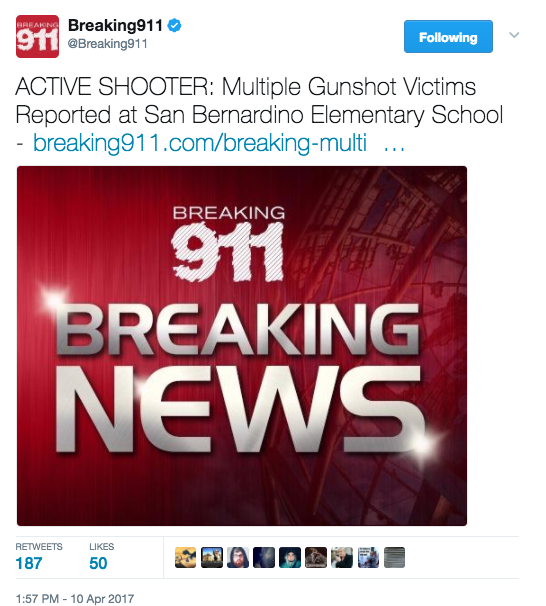 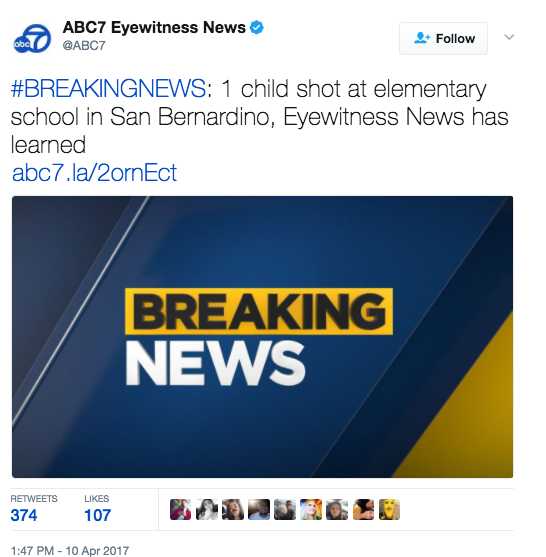 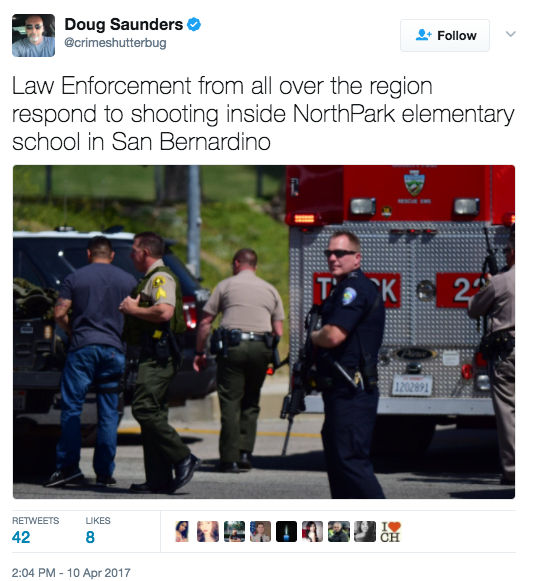