One police officer was killed and another two were seriously injured Thursday night by what is believed to be an act of terror. Officials in Paris said that the officers were deliberately targeted and were hit when a gunman opened fire with an automatic weapon in the world famous Champs-Élysées shopping district in the French city. The gunman has also been killed. Police are treating the incident as a terror attack. 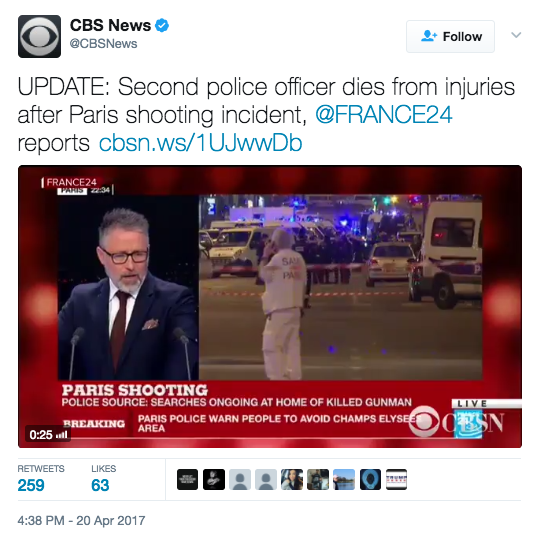 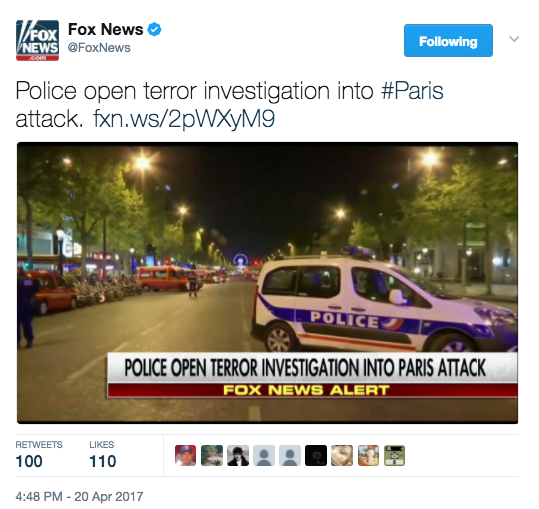 “He came out with a Kalashnikov and started shooting,” a witness told Sky News.

The gunman was apparently known to authorities and was previously flagged as an extremist. 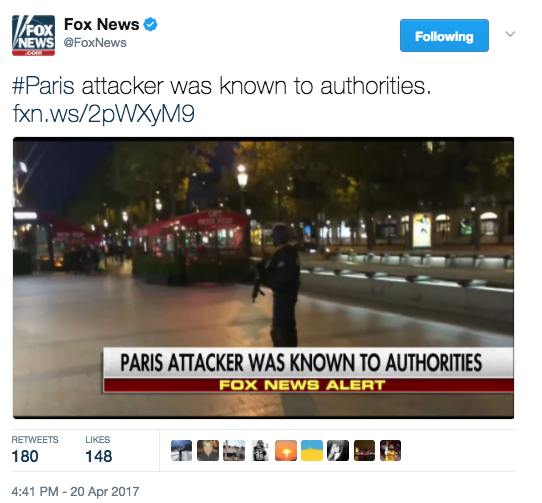 President Trump said during a news conference with Italian Prime Minister Paolo Gentiloni that the shooting “looks like another terrorist attack.”

France 24 reported that authorities warned people in Paris to avoid the area.