At Least 10 Dead After Multiple Explosions At Russian Subway Station

[Update] 5:00 PM – The death toll has risen to 11. Authorities say the bomb on the subway car was the work of a suicide bomber. Police are still looking for the suspect who left a second undetonated bomb at the station.

Russian President Vladimir Putin laid flowers for the victims at the bomb site.

[Update] 1:00 PM EST – The first images of the suspect have been released.

On Monday, deadly blasts hit a St. Petersburg metro station in Russia killing at least 10 and injuring more than 50 others. What is known so far: 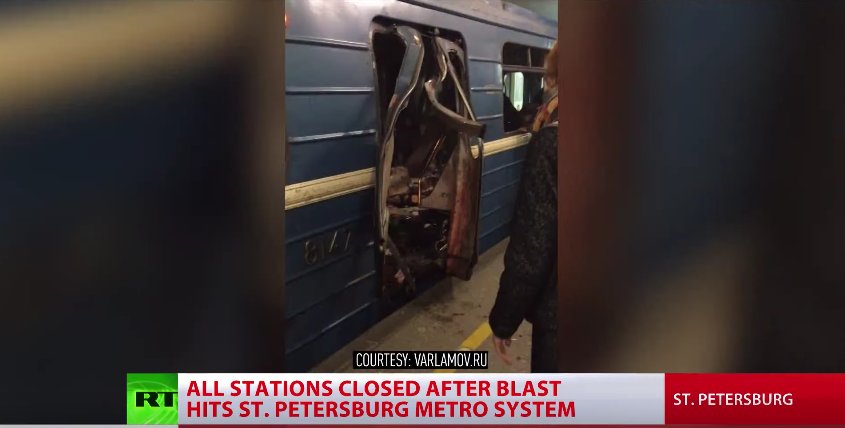 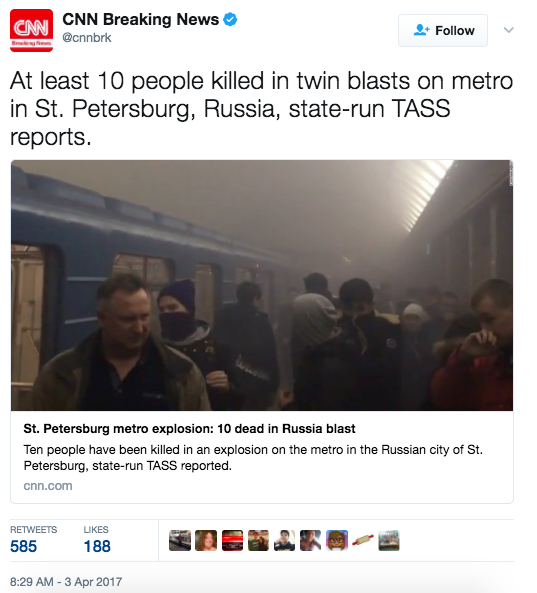 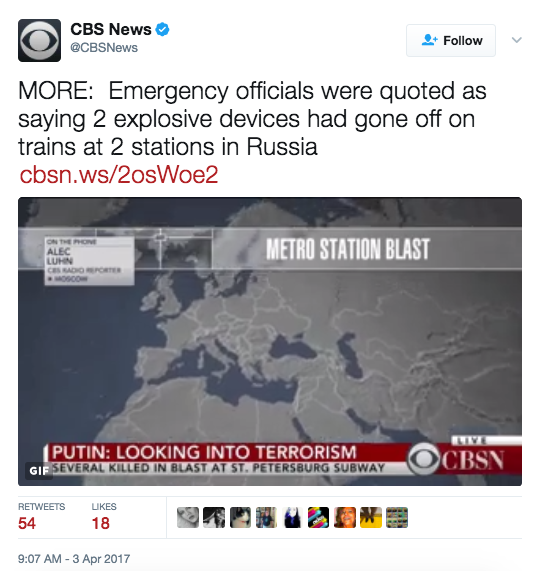 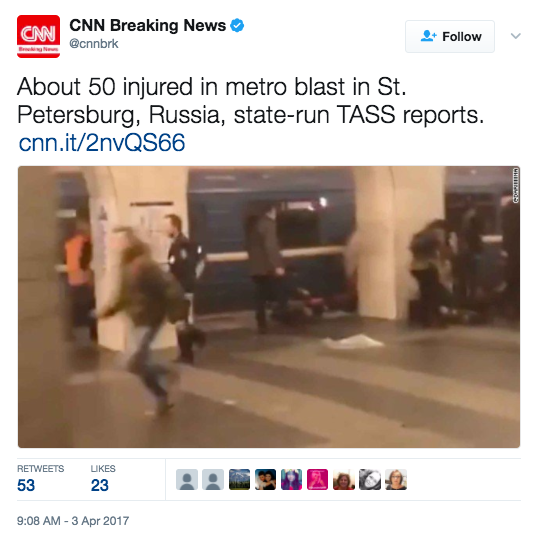