United States Marines go through just about everything during training. From firearms mastery to hand to hand combat, new recruits are transformed from everyday civilians into certified Marines. In addition to being combat-ready, Marines must all possess the skills necessary to survive in dire situations. One particularly difficult training day is swim qualifications, where trainees will learn to swim fully dressed, utilize their packs as flotation devices and attempt to tread water for extended periods of time.

Check out what these young Marines have to do in the video below:

The first test seems rather simple: swim across the pool fully dressed, combat boots and all. The added weight certainly increases the difficulty, but if a Marine can’t even handle this first task, there is simply no way they’ll be able to proceed to the others.

Of course, there are some caveats to make things tougher: no stopping, no touching the bottom of the pool and no hanging on to your buddies.

If they successfully complete the first task, they will then learn how to utilize their packs as a makeshift float to keep them above water. Leaping into the pool with a massive sack at their side, they must side-swim the length of the pool once again, this time hanging on to all the gear.

One of the more difficult tests for the Marines is treading water for a set amount of time. Bogged down by their clothes and boots, this is no easy task. The recruits are expected to keep their head above water for a number of minutes successfully.

In a real life situation, there’s simply no telling how long a Marine might need to tread water for. So a test like this, while difficult enough, allows for a new recruit to gauge his or her ability in a life or death situation. 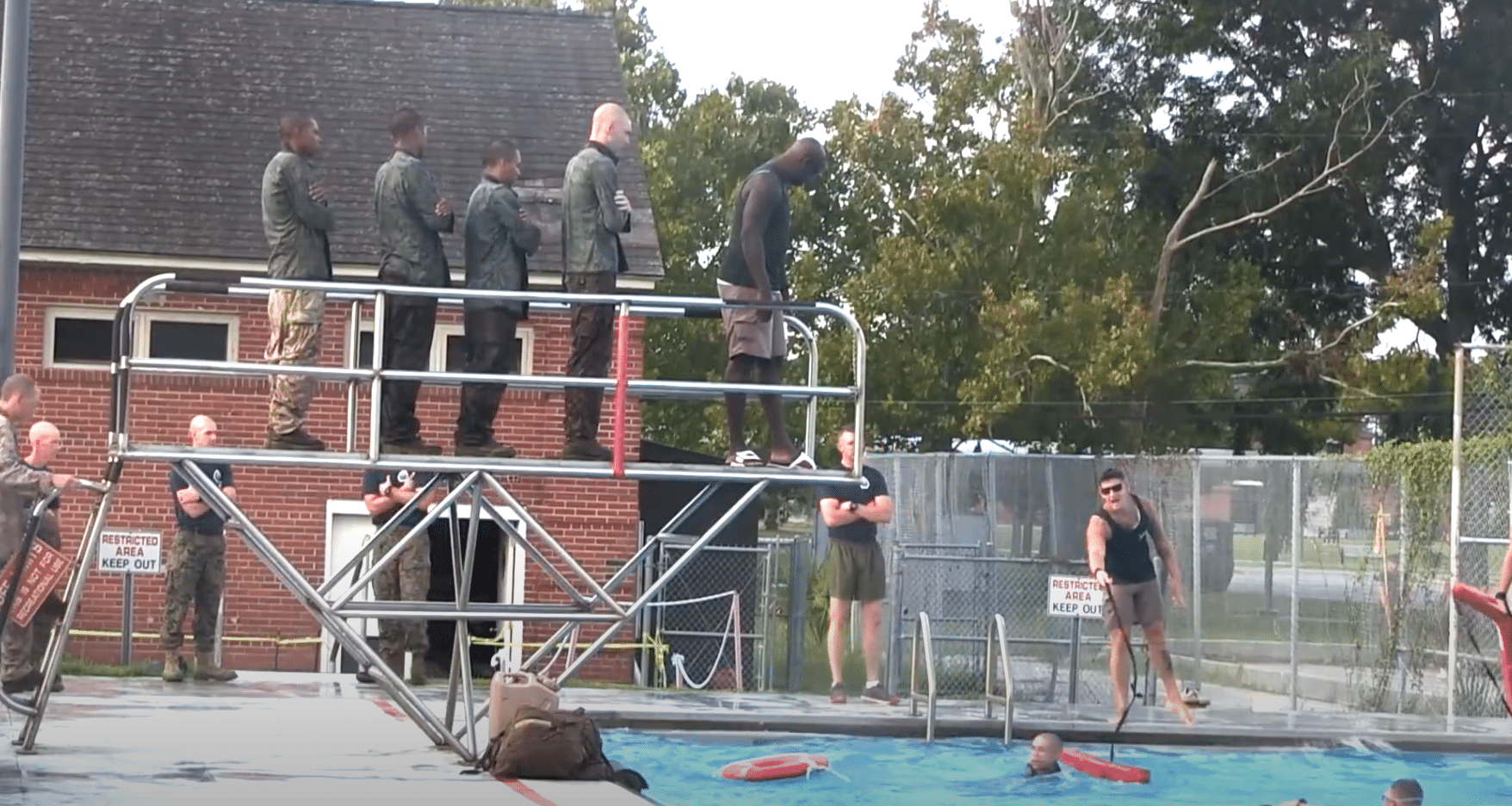 The last task shown in the video clip is a diving board jump and swim. One after another, the trainees leap into the water and are expected to once again swim the length of the pool.

While certainly one of the more difficult training days for new recruits, swim qualifications allow future Marines to assess their abilities in a safe environment, practice valuable life-saving skills and ultimately gain the experience they need to thrive in the field.