The internet is very divided on this video – not because the SEAL shouldn’t be allowed to chat about religion but because of the way he handled his interaction with the cop.

The mall cop makes the case that the veteran is soliciting on private property inside the mall, which is something that is not allowed, according to the mall cop and the code of conduct that he hands the veteran.

The veteran says that he is just preaching the gospel and that what he was doing was not solicitation. 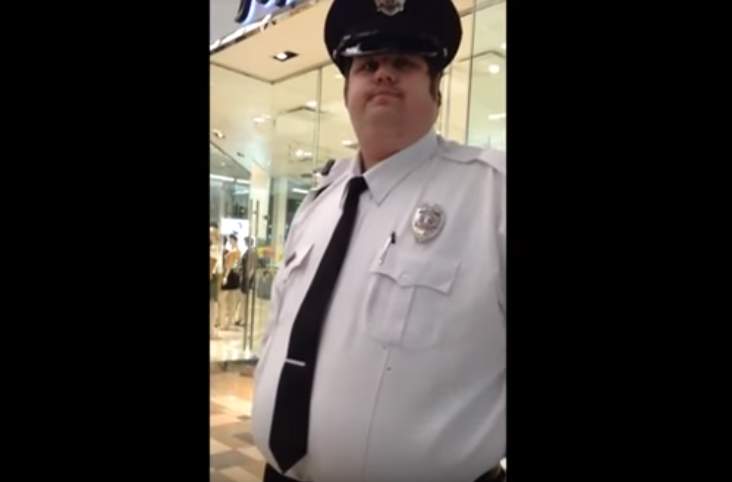 The Navy SEAL says in the video:

“While at the mall in the DFW area I was engaged in a private conversation between myself, a friend and 2 people we just met. Suddenly, the mall security cops interrupted out conversation and demanded we must leave the mall immediately or be charged for criminal trespassing. For what? Because of the content of our conversation…”

During the more than eight-minute video, the veteran and the mall cop go back and forth with one another. The veteran makes the case that he is expressing his first amendment rights and was having a private conversation, while the mall cop says that soliciting is not allowed on private property.

The veteran questions the mall cop’s faith in Christianity as he says that he is doing what Jesus commanded Christians to do. 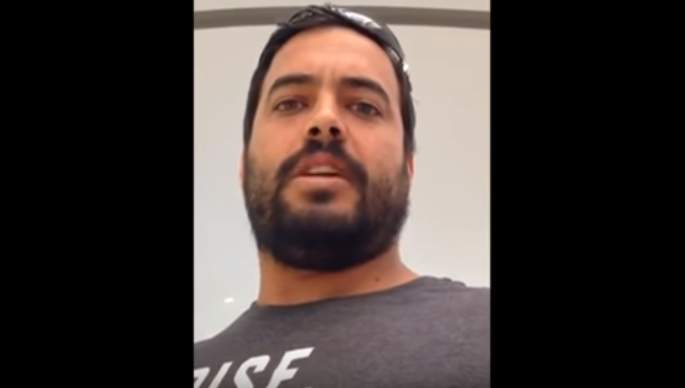 Speaking towards the camera, the veteran makes the argument that if people walked up to women and asked to take them on dates, that wouldn’t be an issue with the mall cops, but those that are preaching the gospel and walking up to strangers to talk to them, would be considered solicitation.

At the end of the video, a woman gets involved in the conversation saying, “military dude. This guy is just racking up on the loser scale.”

When the veteran questions why she criticized him, she says, “I just don’t agree with signing up to be a body bag or a robot.”

The veteran writes at the end of the video that police officers later came and issued him a criminal trespassing ticket on behalf of the mall.

THE LATEST
Watch: NASA astronauts launch from US for the first time in 9 years
May 30, 2020 Laura Widener
Read More
DHS officer shot and killed during Oakland riots; another critically injured
May 30, 2020 Laura Widener
‘A single clenched fist’: Russia defiant but anxious as U.S. seeks to end its monopoly on manned space flight
May 30, 2020 Radio Free Europe/Radio Liberty
200 veterans could be displaced if California home is closed by budget woes
May 30, 2020 Sandra Emerson - San Bernardino County Sun
More Stories
﻿