Marine Corps boot camp is broken down into different phases, as is all initial military training. After being “shipped” out to one of the two Marine Corps Recruit Depots, civilians land on the famous yellow footprints to begin their 12-week “vacation.” 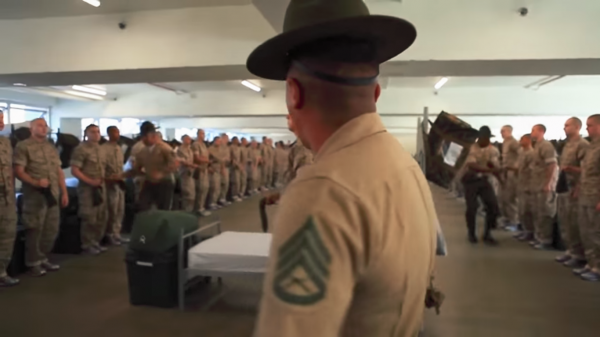 The first week, or receiving week, is mostly administrative in nature. Even though recruits are accompanied by drill instructors everywhere, and even get a sense of accomplishment at the end of it because of the initial shock created by the culture change, it’s not until pickup day that the new recruits get to meet their actual drill instructors, the ones tasked with overseeing and steering the famous transformation. 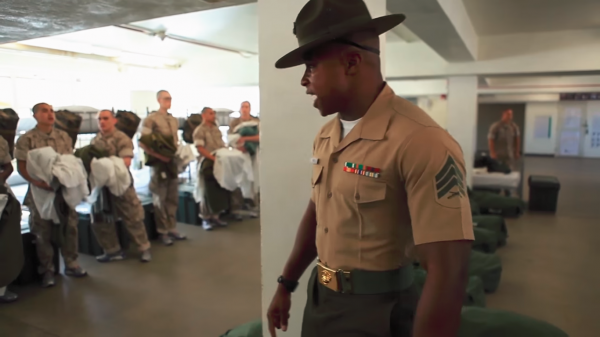 The drill instructors were introduced to their recruits on pick-up day and immediately conducted gear inspections to ensure all recruits were prepared for training.

Not to be confused as Drill Sergeants, Marine Corps Drill Instructors are tasked with “Making Marines.”

Marines report to either Marine Corps Recruit Depot Parris Island in South Carolina or Marine Corps Recruit Depot San Diego in California, where they are then assigned to Drill Instructor School. Females are required to be trained in Parris Island. For the next 12 weeks, they learn to train recruits in physical fitness, military history, drill marching, swim qualifications and leadership training.

After graduating, they are assigned to a Recruit Training Battalion and train a platoon of recruits at 13-week intervals, with 10 days of leave in between each training platoon.

Being a Marine Corps Drill Instructor is regarded as one of the most intense positions in the military as they are tasked with turning recruits into Marines and prepare them for potential combat situations.