Watch as A-10 Warthogs swoop in to destroy ISIS fighters

There are few things more exciting than the sights and sounds of an A-10 Warthog. The behemoth aircraft has been the friend to infantrymen in many different combat zones, and the fight against ISIS is no exception.

While drones may play a big role in bombing insurgent locations, very little compares to the devastating strafing runs of the A-10. The video begins with the pilot spotting fighters on the ground, and unleashing a devastating barrage of fire from the planes 30MM cannon as it strafes the target. 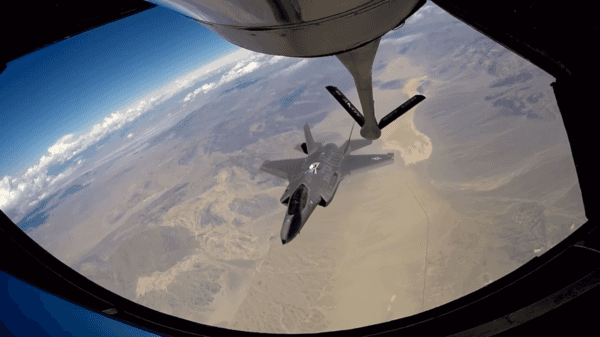 The video also details some cool specifications on the A-10, and gives the viewer a deeper understanding of the future of the mighty warplane. But don’t worry just yet, the plane has been revamped to last for years to come, with many more fights ahead of it.

Check out a video of the A-10 blasting ISIS forces from above.

The A-10 Thunderbolt II 30 mm GAU-8/A Avenger autocannon is one of the most powerful aircraft cannons ever flown. The GAU-8 is a hydraulically driven seven-barrel Gatling-type cannon designed specifically for the anti-tank role, firing large depleted uranium armor-piercing shells with a high rate of fire of 65 or 70 rounds per second, or a fixed rate of 3,900 rounds per minute. It’s accurate enough to place 80 percent of its shots within a 40-feet diameter circle from 4,000 feet while in flight. In other words, it’s one of the most powerful guns ever put in the air that fires incredibly destructive ammunition at a mind-numbing speed while mortally accurate. 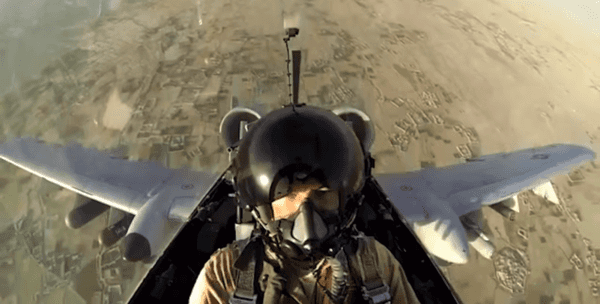 The A-10 has served in during Operation Desert Storm, the United States’ intervention against Iraq’s invasion of Kuwait, and multiple conflicts in the Middle East, most recently in the fight against ISIS in Iraq and Syria.

The A-10’s service has been extended by several years due to a number of upgrades and wing replacements. The Air Force plans to keep in the A-10 in service for at least five more years despite efforts to phase it out. Air Force leaders said several A-10 squadrons will have to be retired unless they can receive new wing replacements.

This Day In History: The United States Began Firebombing Tokyo