Militaries around the world often have their own unique way of training soldiers. Every individual learns differently and can offer his or her country a unique set of skills. Some countries are more apt to focus on brotherhood and camaraderie, while others build up a fierce fighting force with the sole purpose of eliminating the enemy.

No matter the outcome, the troops live, work and train with one another, and every unit or company usually has its own idiosyncrasies that make them special.

A surprisingly large number units in Russia, for example, apparently love to march to the tune of the Spongebob Squarepants theme song. 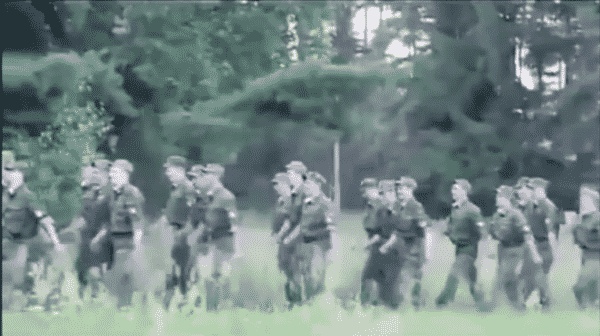 In a video posted to YouTube, more than a couple groups of Russian troops sing out loud and march along to the Nickelodeon hit show’s opening song, and the clips appear to be genuine.

Check out the Russian troops marching along to Spongebob in the video below:

The Spongebob Squarepants theme song does have a rather steady beat, which allows for the troops to march in sync. But the choice of song is fairly odd, to say the least, given the myriad of other options out there.

What’s more, many of the clips show the Russian soldiers fierily singing the lyrics in the serious and stoic manner you might expect of an army person. The men chant the lyrics in unison and march along in perfect harmony in a strange display. 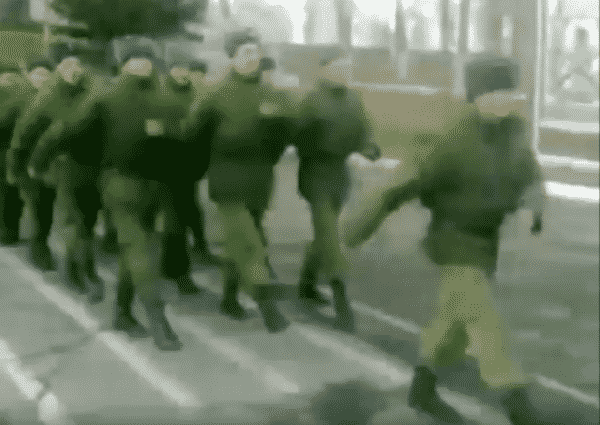 Interestingly enough, the Russian version of Spongebob began airing in the country way back in 2001, just two years after its United States debut. The popular kids’ show has been a staple for Nickelodeon for nearly two decades, and the network continues to produce new shows.

In Russia, the infamous yellow sponge character has been shown on a handful of TV channels over the years, finally landing on Russia Nickelodeon with reruns on 2×2. 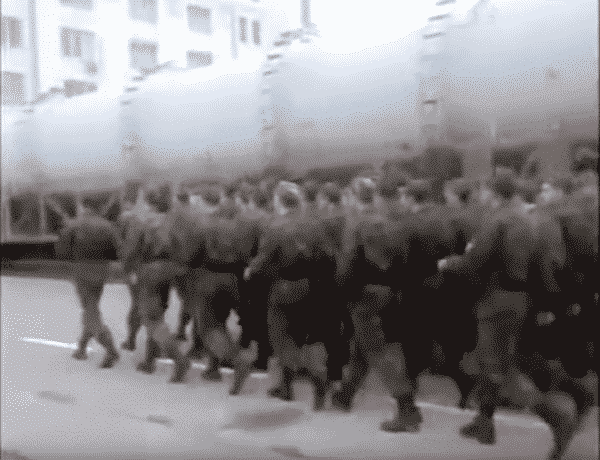 While the choice of Spongebob’s theme song being the marching beat for Russian troops is more than just a little unexpected, the song does offer a decent rhythm for the troops. If it were not for Spongebob Squarepants having seemingly no direct Russian translation, non-Russian speakers likely would have no idea about their interesting song of choice.