This potent yet highly mobile artillery system (HIMARS) is one of the best ground-based weapons at the U.S. military’s disposal. This short video shows what happens when various units join together during training opportunities in order to showcase the capabilities of a new type of ammunition, the M30A1 round, similar to what would be claymores from the sky. 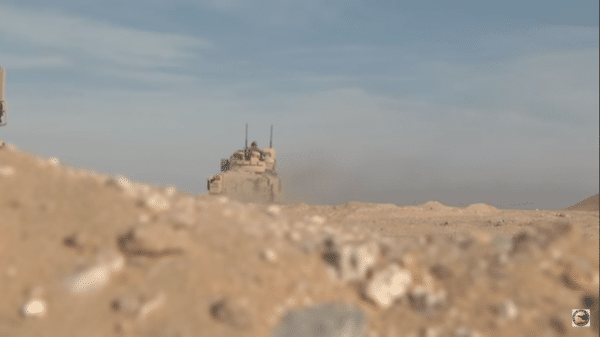 The 197th Field Artillery Brigade, alongside Calvary scouts and mortar teams, moved out to the Udari Training Range for a test fire of the new round which was intended to eliminate the possibility of any unexploded ordinances on the battlefield.

Maj. Joshua Szafranski, an operations officer with the 197th Field Artillery Brigade said, “Currently, the [dual-purpose improved conventional munitions] round has a higher-than-acceptable rate potential to leave duds behind,” according to the U.S. Army.

The units responded to a simulated enemy encounter to showcase the new ammunition’s capabilities. The typical round contains 180,000 tungsten steel bee-bee-sized balls.  During the exercise, Calvary scouts moved out in assault vehicles, 120 mm mortar teams were deployed to provide indirect fire support, and the rocket crew launched the Alpha One round.

Take a look at the test below:

“It is expected to have applications in anti-terrorism operations, such as the fight against the Islamic State known as Operation Inherent Resolve,” the Army said.

“This particular round will be effective against light-skinned vehicles and personnel,” Szafranski clarified.

There were four targets set up in total, one target was on day one, and the remaining three on the following day. They successfully demonstrated the full capabilities of the new ammunition. 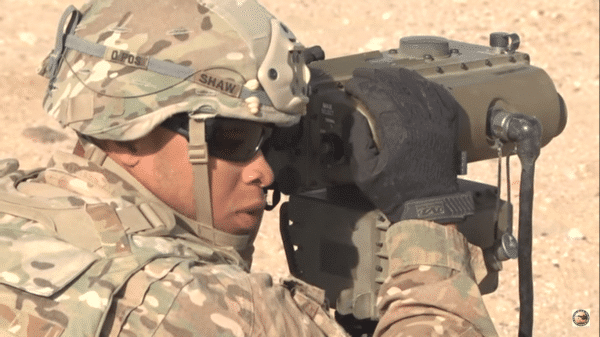 “It’s not like you see in the movies. There is a lot of coordination that goes into this job,” said Sgt. Brent Schriber, a Cavalry Scout with the 1st Battalion, 77th Armored Regiment. “You don’t just roll in and blow things up. There are a lot of upper echelon tasks and things that need to be trained on to efficiently affect the fighting.”

“We successfully demonstrated what the capabilities of this new round are,” Szafranski said of the test. “A high explosive round is very impressive because it produces a [large explosion] and large pieces of shrapnel, but this round is small pellets and covers a much larger area.”