This video of a helicopter sending Porta Potties flying is priceless

Military helicopters are jam-packed with enough firepower to take out a small town in one fell swoop. Outfitted with rockets, missiles and machine guns, the choppers are a critically important part of any country’s military.

But sometimes, the aircraft can wreak havoc in an unexpected way. A video posted to YouTube shows a low-flying military chopper accidentally sending a bunch of Porta Potties flying, making a bunch of people run for cover. 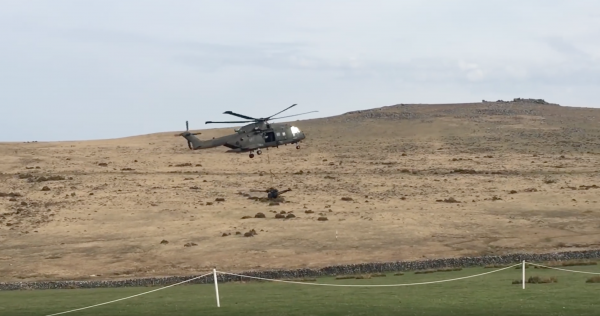 On May 6, 2016, a British Royal Navy Merlin Helicopter was transporting cannons in preparation for the Ten Tors, an intense annual hike for teenagers that is run by the British Army.

The low-flying chopper inadvertently came too close to a row of portable toilets already set up on the field, and the intense downwind caused each one to go flying.

Check out the Porta Potties going airborne in the video below:

As the helicopter hauls the canon toward its landing spot, the aircraft almost seems to fly even lower, directly towards the row of toilets. As dust and dirt begin to fly up, it is immediately apparent that the Porta Potties are in the direct line of fire.

At first, the portable toilets simple topple over, which would be quite the unfortunate situation in itself. But as the chopper creeps closer, the massive amount of air coming off its blades provides enough force to send the toilets in every direction. 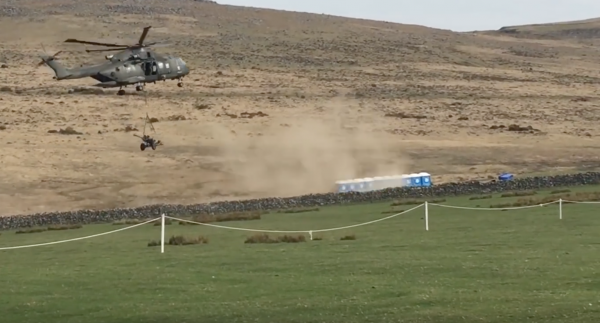 The fairly large Porta Potties are lifted off the ground like a feather, simply at the mercy of the chopper’s wind. What’s more, several of the enclosed toilets pop open, and streams of toilet paper can be seen twirling in the air.

The mess created by the incident is terrible enough to think about, but towards the end of the video a group of uniformed soldiers can be seen jogging away from the debris field. They appeared to be only a few yards away from becoming completely engulfed in the unspeakable waste. 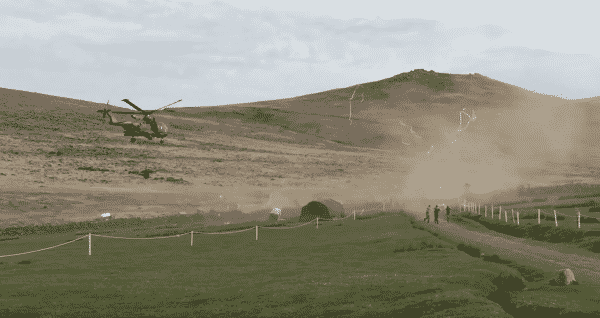 The event the chopper was helping set up for, Ten Tors, is attempted by 2,400 teenagers in 400 teams of six each year.  The teams navigate 35, 45 or 55 miles, depending on their age, over the Northern half of Dartmoor in Devon, England. They visit ten tors, or checkpoints, over the course of two days and are expected to be completely self-sufficient during the journey.