The F-35 Lightning II is full of cutting-edge technology. One piece of that technology is the Generation III Helmet, which allows pilots to see through the aircraft while projecting all of the information they need right in their visor. 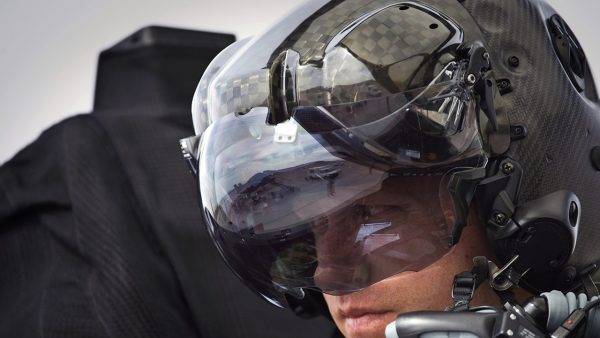 The F-35 Gen III Helmet Mounted Display System (HMDS) provides an aircraft interface inside of the helmet, keeping the pilot integrated into the aircraft’s avionics, enabling them with unmatched visual capabilities.

This enables the F-35 to become the first tactical fighter in 50 years without a traditional head-up display.

The helmet accomplishes this unsurpassed visual technology through a combined “head-up-display (HUD), helmet-mounted display, and visor-projected night vision,” according to Rockwell Collins. Everything from airspeed to target information is right before the pilot’s eyes – literally.

This display technology provides a revolutionary capability to the fighter cockpit, allowing pilots to look at a target to aim their weapons while maintaining spatial orientation of their surroundings and continually monitoring critical flight information. 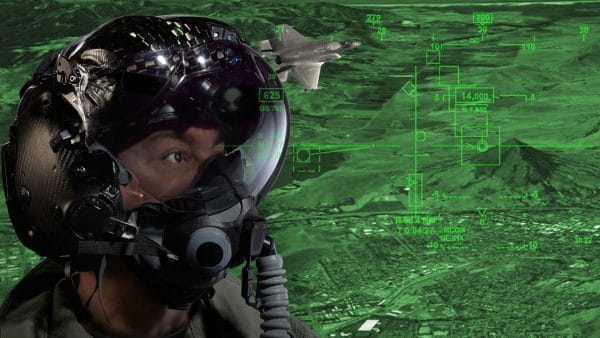 “The thing that they discovered with our previous display technology, which was active-matrix LCD (liquid-crystal display) — AM-LCD, was that there was a certain amount of bleed-through of our back-lighting technology,” Bob Foote, one of the developers of the HMDS at Rockwell Collins, told Aviation Today.

“So they would sort of see this green haze in front of them from the backlight, and it was making it difficult for them to find the aircraft carrier which obviously creates an unacceptable situation,” he explained.

Check out the helmet in action in the video below:

The HMDS uses organic light-emitting diode (OLED) displays which do not have the nuisance of the green glow. It’s also faster and more customizable for pilots.

The technology is another giant step that keeps the U.S. years ahead of their enemies. Rockwell Collins is also considering how they may apply the technology to other critical mission vehicles. 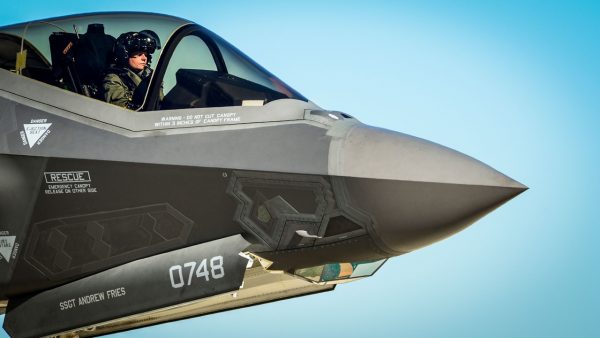 “We’re looking at special mission aircraft,” Rockwell Collins’ Business Development Manager Joe Ray told Aviation Today. “The JSOC (Joint Special Operations Command) guys are very interested—and not just airborne applications but also maritime and ground applications. We actually received some information, believe it or not, from the Department of Interior where they’re looking at an application of using something like this to fight fires on the west coast.”