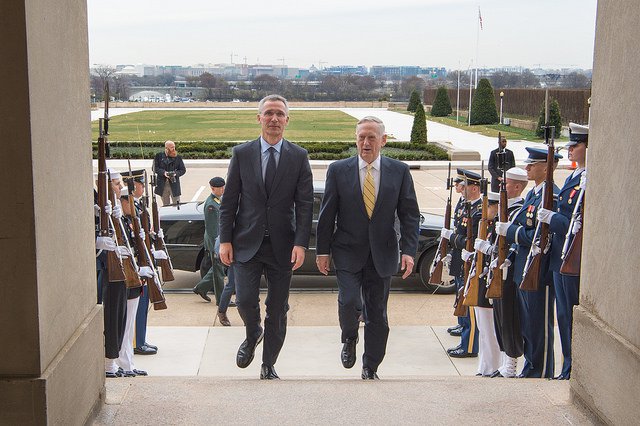 Above, Stoltenberg arrives at the Pentagon, and is accompanied by SECDEF Mattis as he enters the building. 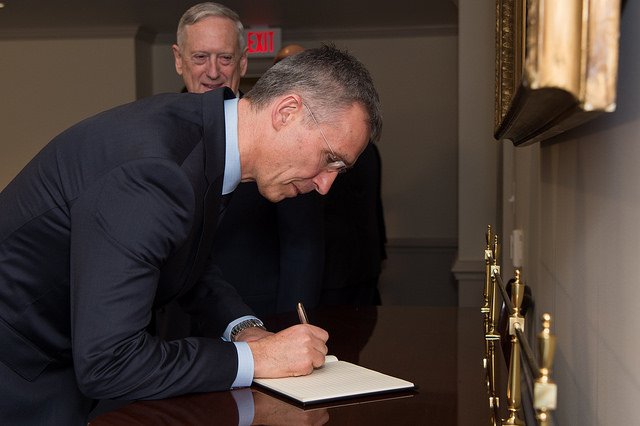 Mattis looks on with glee as the NATO Secretary General signs the guestbook before their bi-lateral meeting. 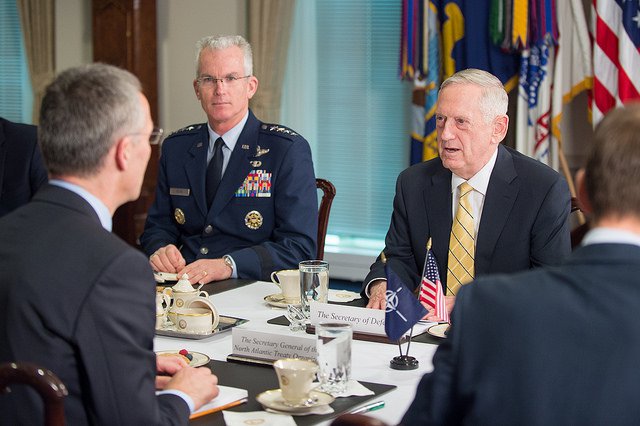 Mattis and Stoltenberg speak during their bi-lateral meeting. 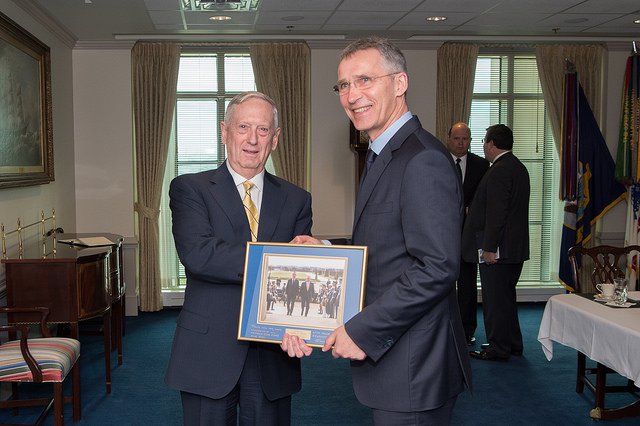 Following the meeting, Secretary Mattis presents NATO Secretary General Stoltenberg with a photo of the two of them that was taken earlier in the day. 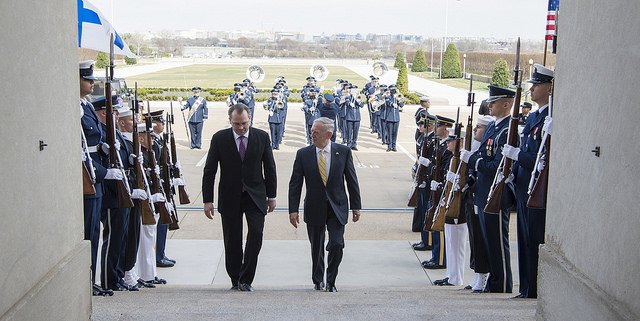 Mattis escorts the Finnish Minister of Defense into the building for an enhanced honor cordon. 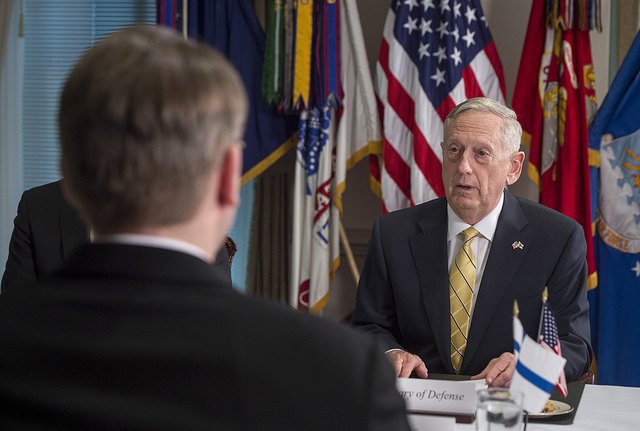 SECDEF Mattis looks to be speaking about serious matters at the enhanced honor cordon.

The next day, Secretary Mattis attended the Global Coalition on the Defeat of ISIS at the State Department. 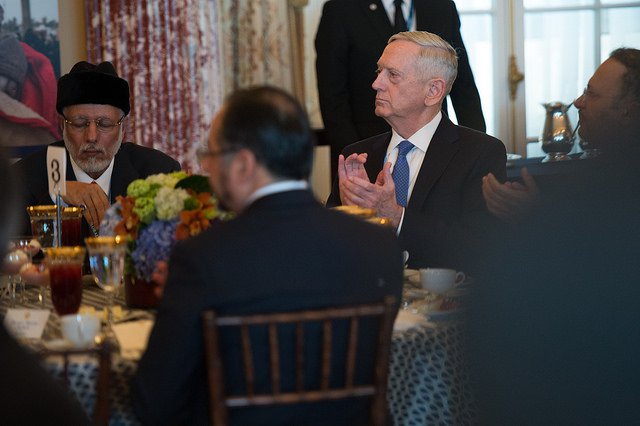 Mattis claps for the speaker. 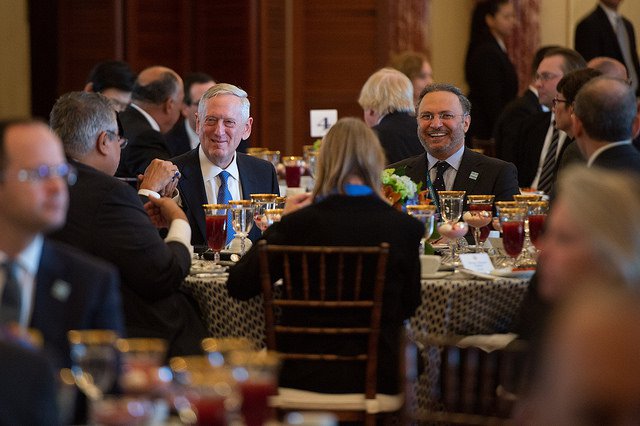 The Secretary appears to be having a good time while laughing with the others at the table. 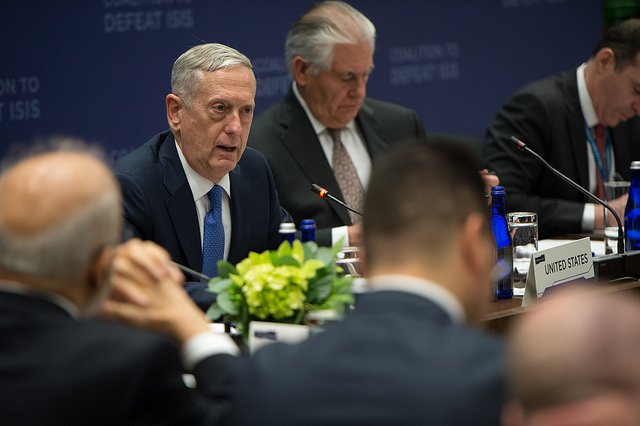 Mattis speaking during a meeting for the Global Coalition alongside Secretary of State Rex Tillerson. 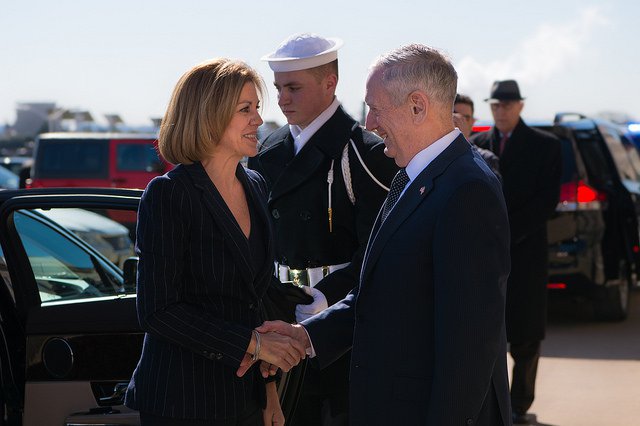 Mattis happily greets her as she arrives at the Pentagon. 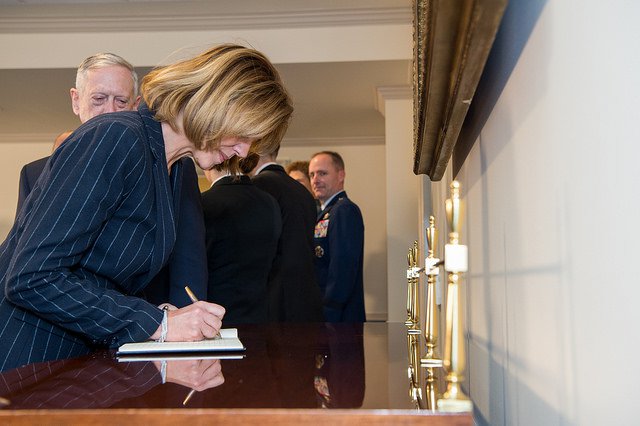 Mattis looks on as the Spanish Minister of Defense signs the guestbook before their meeting. 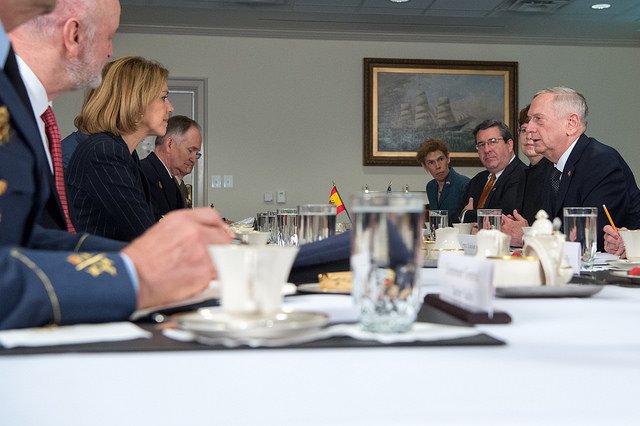 During their meeting, “Secretary Mattis recognized Spain’s important contributions to global security, specifically in combating terrorism in North Africa, the Sahel, and in the defeat-ISIS fight,” according to a statement by the Department of Defense. 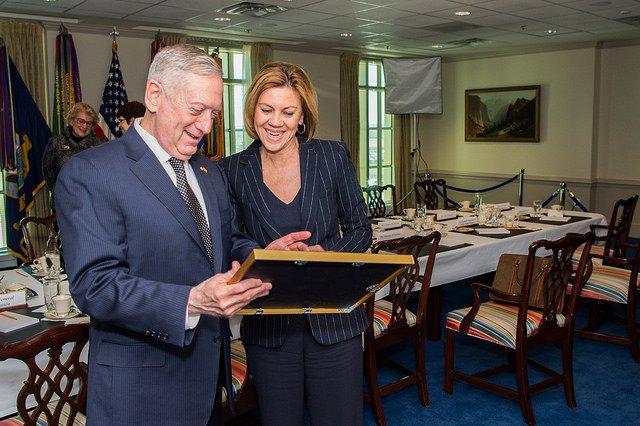 Once again, Mattis presents his foreign counterpart with a framed picture of the two of them from earlier in the day.

The Spanish Minister of Defense appears thrilled with the gift.

On Friday, Mattis held a meeting with Panos Kammenos, the Greece’s Minister of Defense. 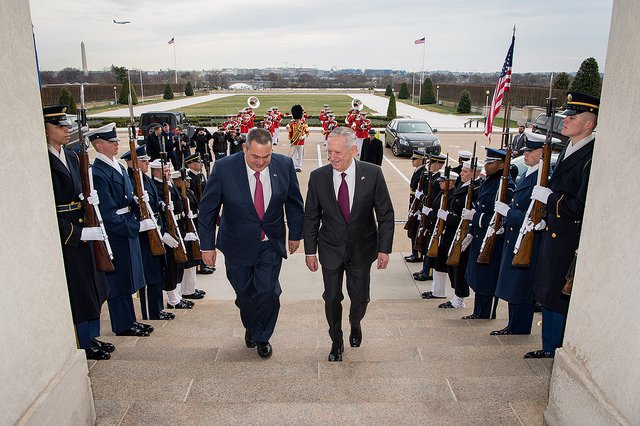 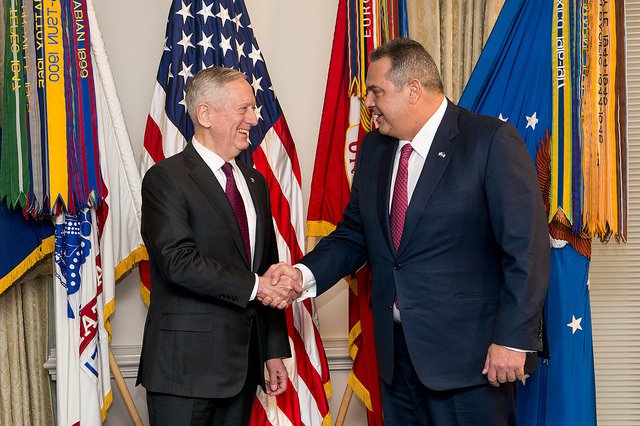 The men engage in a strong and friendly handshake. 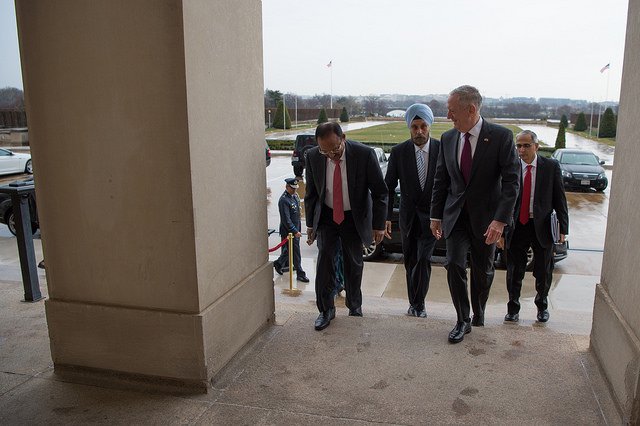 Mattis escorts Doval into the Pentagon upon arrival.

The leaders partake in a meeting with tea. 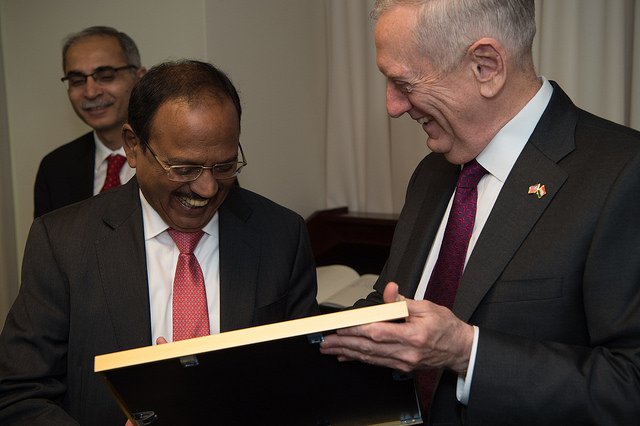 It is hard to tell who is happier when Mattis once again presents a framed picture of the two leaders from earlier in the day. 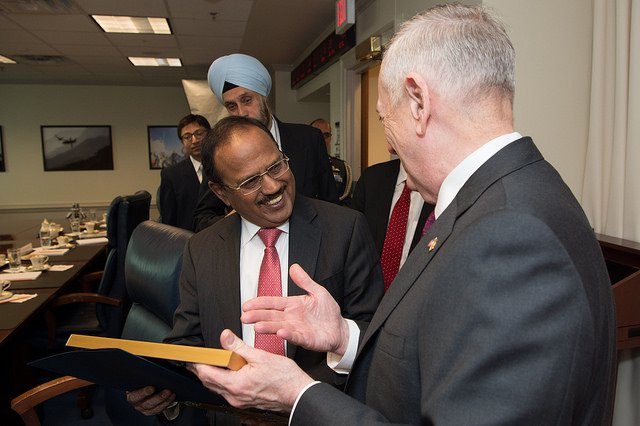 Doval is thrilled as Mattis presents him with his gift.

This Day In History: Elvis Presley Was Conscripted Into The U.S. Army

(VIDEOS) The Biggest Veterans Party Of The Year Is Here: Gruntstyle 4