On Wednesday, Islamic State sympathizers took to social media to celebrate the terror attack at the United Kingdom Parliament which left four dead and at least another 20 injured. Though no group has taken responsibility for the attack, which is being investigated as an act of terror, radical Islamic sympathizers expressed their gratitude for it.

Posts on Telegram channels were being shared on Twitter Wednesday, showing Telegram users applauding the heinous act in London.

One image that was being shared depicted Big Ben in flames with the word “SOON” in capital letters and “OUR Battle On Your Land Not started yet Be upon you only waiting” in bold letters below. 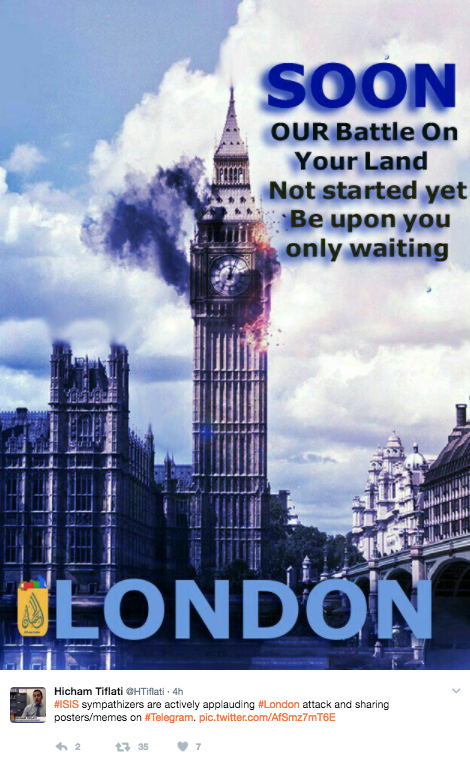 A screen capture of posts in a Telegram channel called the incident the “blessed” London attack. 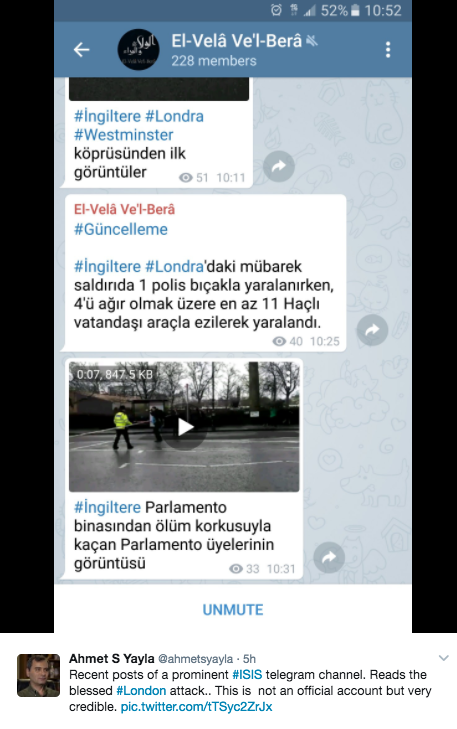 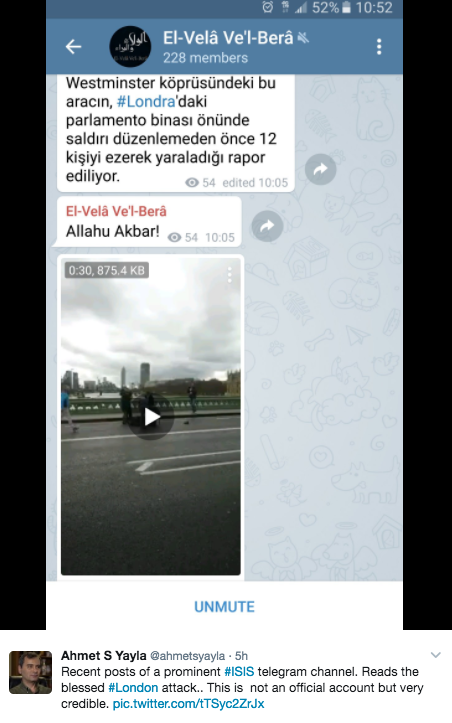 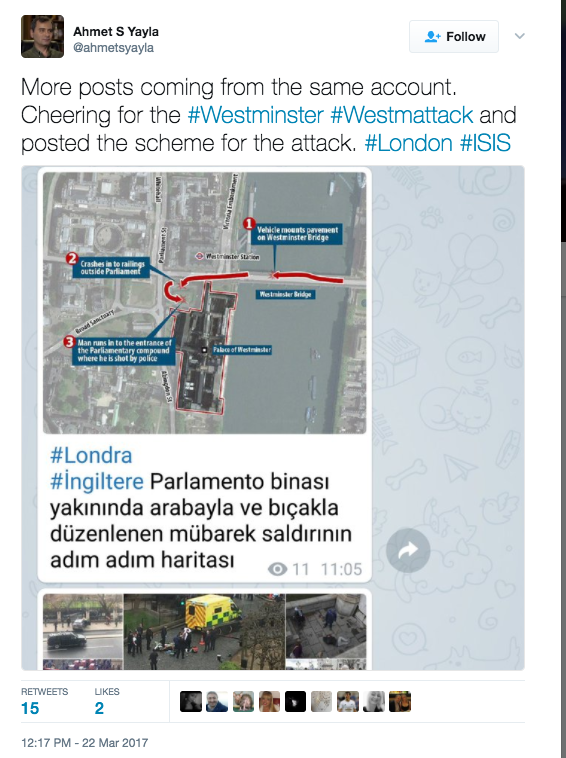 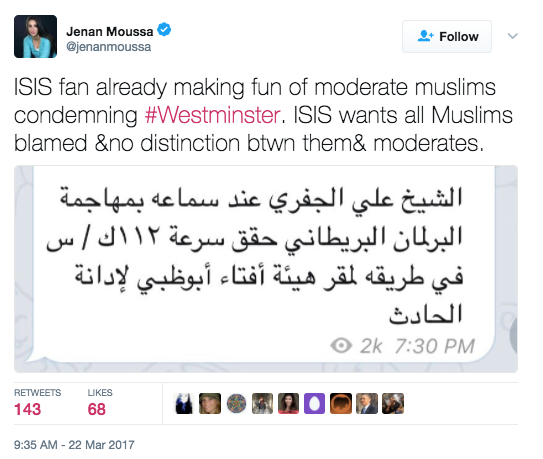 She added in another tweet that “ProISIS channels start to ‘report &chat’ about #Westminster just like all of us. But no info or claim of responsibility on official channels.” 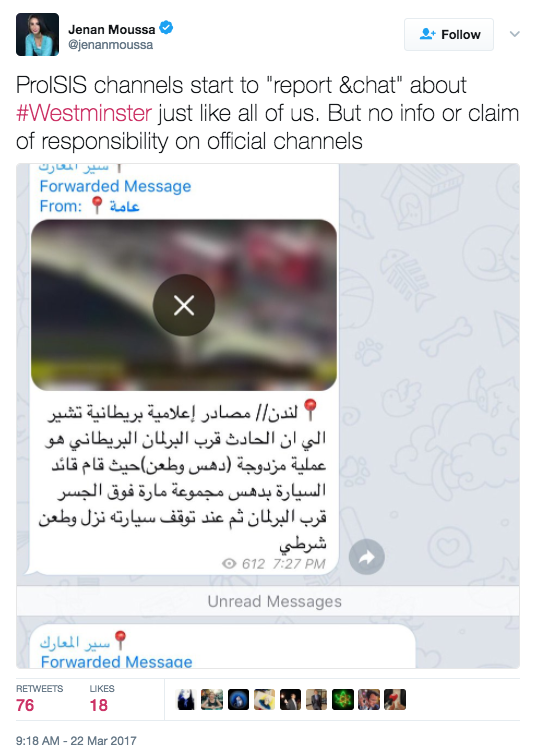 Though ISIS has not come out to take responsibility, Moussa notes that it does not necessarily mean that they’re not tied to it. She notes in a series of tweets that sometimes it can take hours or days before the radical Islamic group claims responsibility.

2/ Yes, ISIS has an evening bulletin. They also have radio channel &recently claimed they started TV channel. Amaq is their “wire service”.

3/ It could take hrs, even days b4 we see a claim of responsibility. The fact ISIS didnt claim attack yet doesnt mean they aren’t behind it.