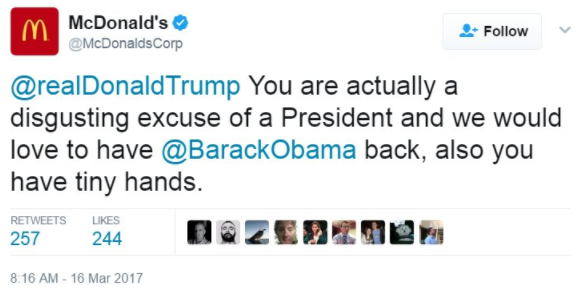 “@realDonaldTrump You are actually a disgusting excuse of a President and we would love to have @BarackObama back, also you have tiny hands,” the McDonalds Corp account tweeted.

The tweet was sent from the corporate @McDonaldsCorp account, not the brand @McDonalds account, though they are both verified and are connected to the official company. 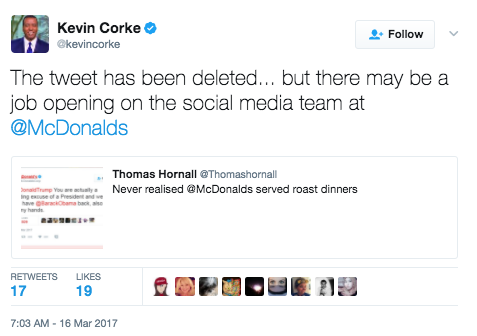 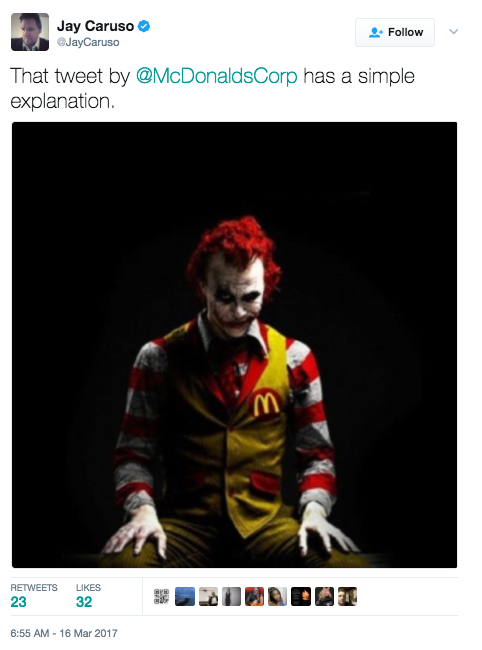 “This is a real brand misstep for McDonald’s,” he tweeted, adding that “Fat slobs with bad taste are a core Trump demographic.”

About two hours after the original tweet was shared, @McDonaldsCorp tweeted again that their account had been “compromised” and that they are “investigating.”

In May 2016, then-presidential candidate Donald Trump shared a picture on Instagram of him eating McDonalds to celebrate gaining 1237 delegates. 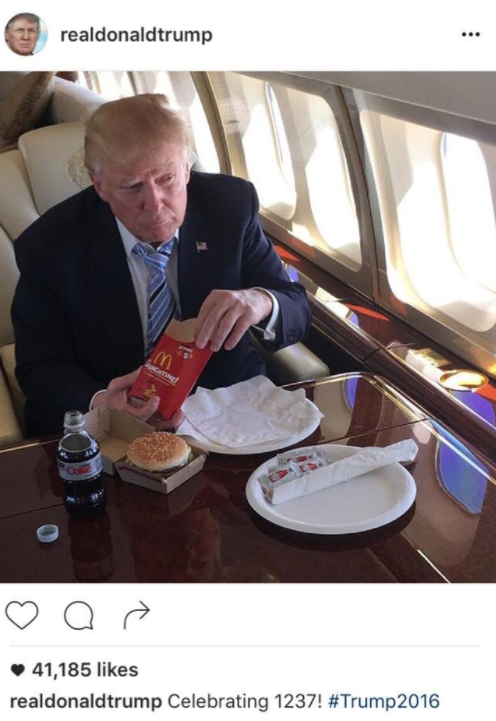 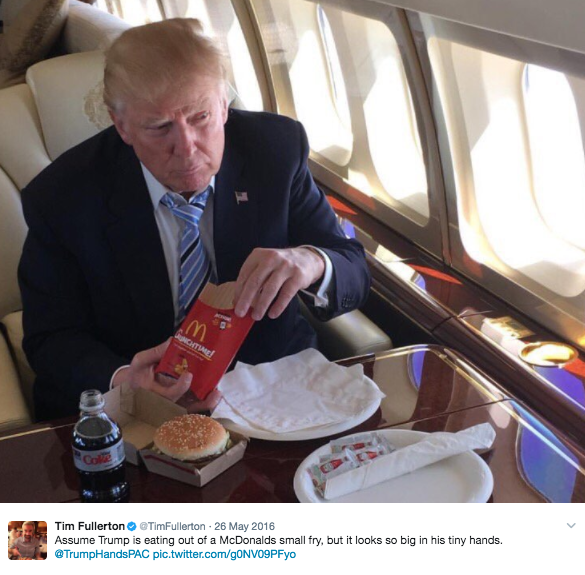