An out of control tank plows into an unsuspecting motorist in China. (Three Regal/YouTube)
February 23, 2017 Wade Bennett
Share
Tweet
Flip

While it is not too uncommon to come across certain military vehicles in everyday life, it is incredibly unlikely to be at the receiving end of a massive tank that barrels into your car during an afternoon commute. That is exactly what happened to one unlucky civilian waiting in traffic in China.

The harrowing scene was captured on the driver’s cell phone camera and uploaded to YouTube. Check out the video clip below:

It is not quite clear whether the tank was traveling solo or as part of some sort of convoy or parade, but in a matter of seconds, the massive military machine comes flying into frame on the opposite side of the road. Traveling at a seemingly high rate of speed, the tank veers side to side as the soldiers inside appear to suddenly lose control.

In the blink of an eye, the multi-ton monster crashes through a divider fence and ends up side-swiping the unassuming motorist. Had the tank driver not been able to veer out of the way ever so slightly just before impact, the military vehicle likely would have mowed completely over the car. 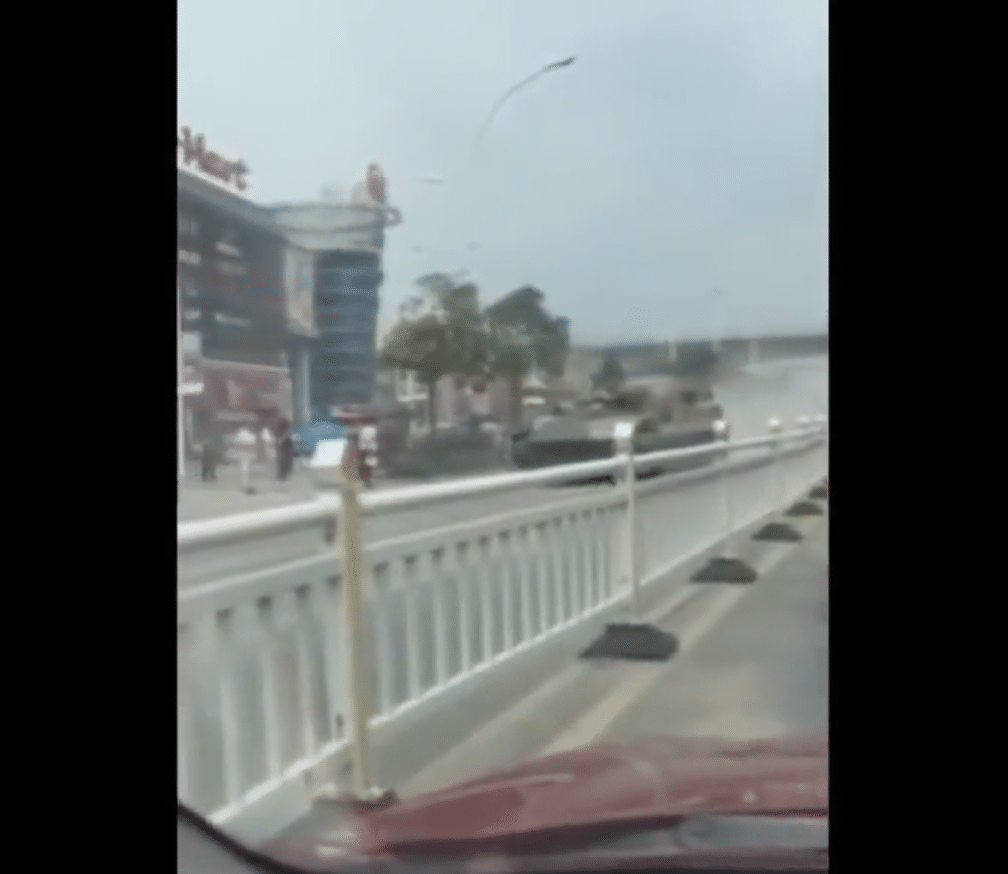 The driver of the car appeared to be okay after the collision. No airbags were deployed, and the video appears to pick up the surprised motorist exclaiming something in Chinese. It is unknown whether there were more passengers in the car at the time, or if any other cars were hit in the ordeal. 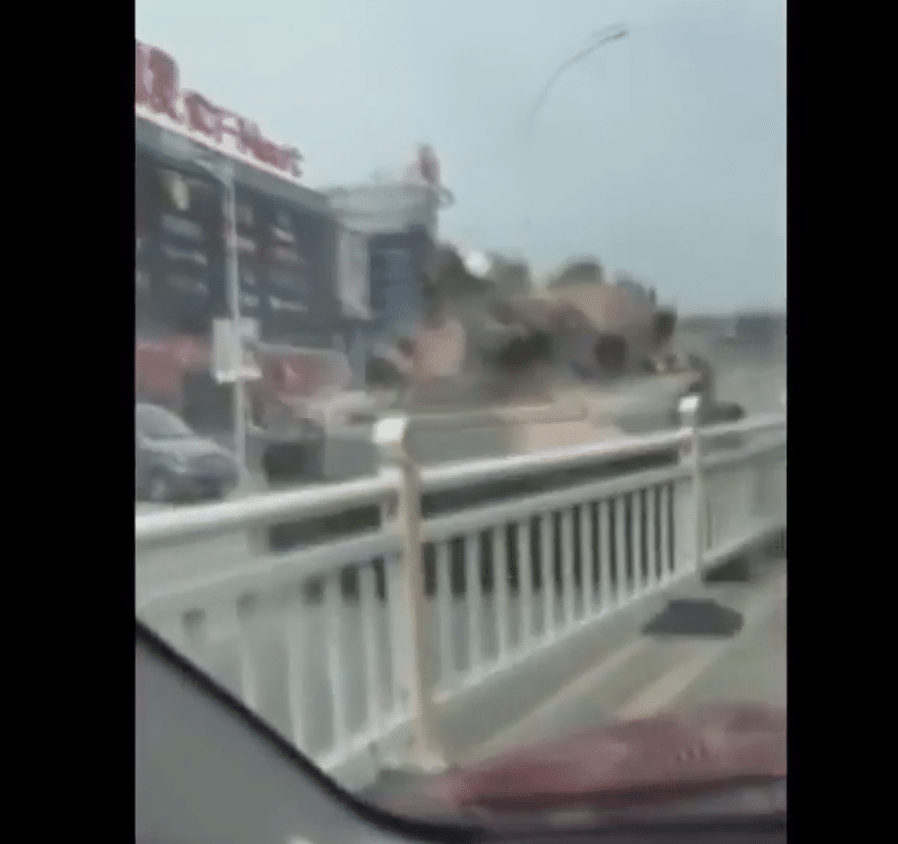 While the damage to the motorist’s car is unfortunate, the situation could have been much worse. As the tank comes into frame, the video also shows what appears to be a group of pedestrians gathered on the side of the road.  The tank careens out of control and narrowly misses the people before finally colliding with the car. 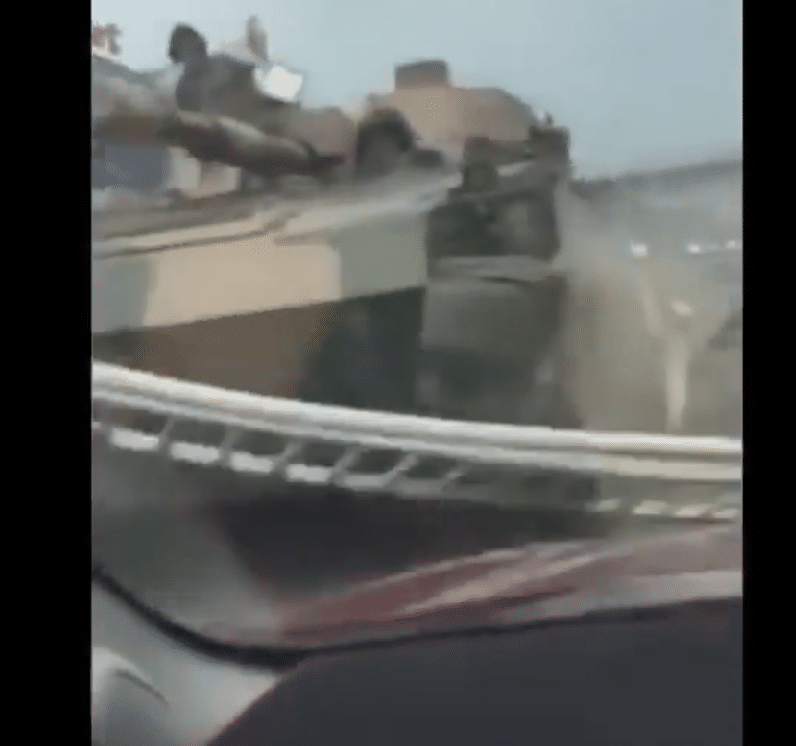 Throughout the year, China’s People’s Liberation Army often puts on parades or military displays that give citizens a glimpse of the country’s latest advancements. Over the last few decades, China has quickly expanded its military prowess – both in manpower and machinery – and ultimately has become one of the world’s leading military superpowers.