The force from a fired gun is enough to knock anyone back, but is it enough to propel a person in a kayak down a river? Matt Carriker from Demolition Ranch had that exact thought, and he decided to conduct an experiment to find out.

In a 2016 video posted to his YouTube channel, Carriker tests the kickback force of a wide array of handguns and rifles to see which – if any – could get his boat moving.

Check out the results in the video down below:

For the experiment, Carriker sets his kayak up in a calm portion of a creek. Keeping things simple, Carriker first fires a single bullet from a small handgun into the dirt bank to test the force. Surprisingly, the kayak starts to move back.

Pleased with the initial result, Carriker empties the magazine. After a number of quick shots in succession, the boat felt enough force and garnered significant momentum to start heading down the river.

Next up, Carriker tries something a little bigger. Grabbing his Henry .30-30 rifle, Carriker fires off a full gun’s worth of rounds. This time, he and the boat pick up a bit more speed as the force of the gun moves them across the water. 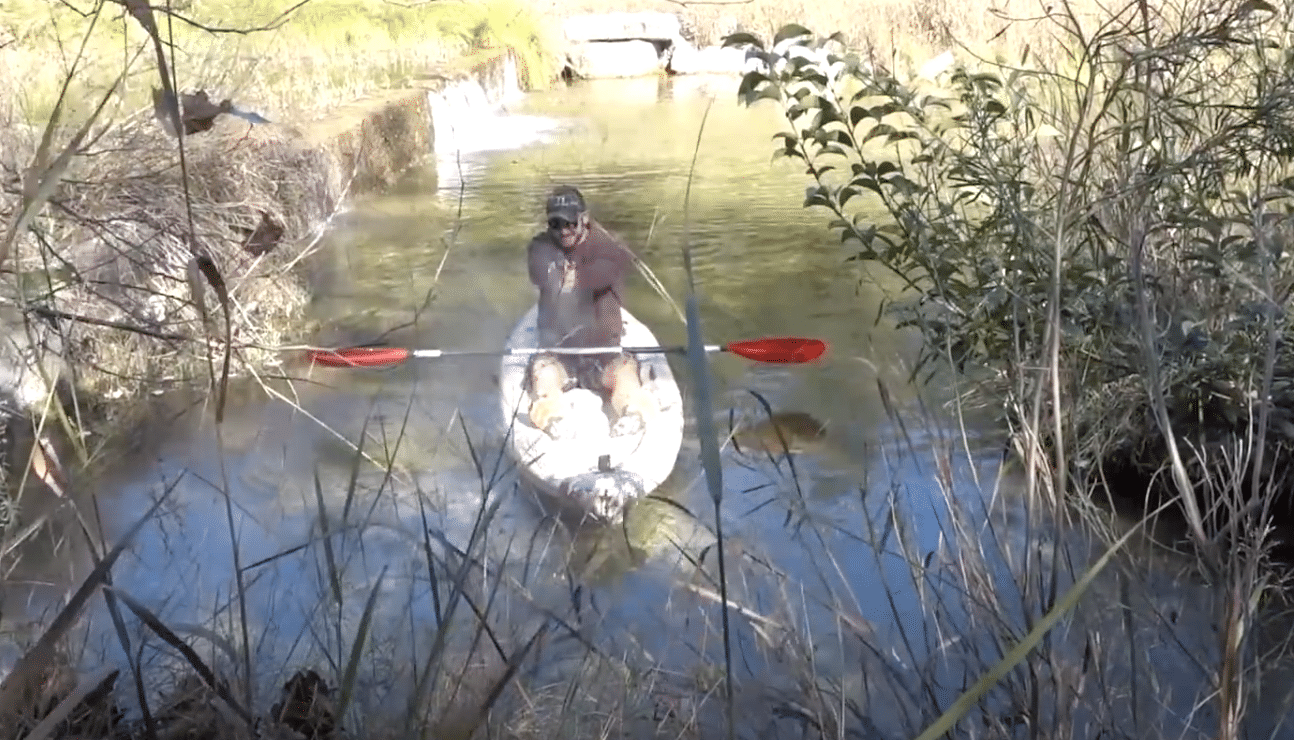 As the guns get bigger, Carriker and his kayak are able to move faster and faster down the river. Utilizing a sniper rifle and demonstrating some quick reloading skills, Carriker picks up some significant speed. If the gun held enough rounds, he certainly could use it to get himself wherever he needed to go.

And for his final test, adding more rounds was exactly what Carriker was looking to do. 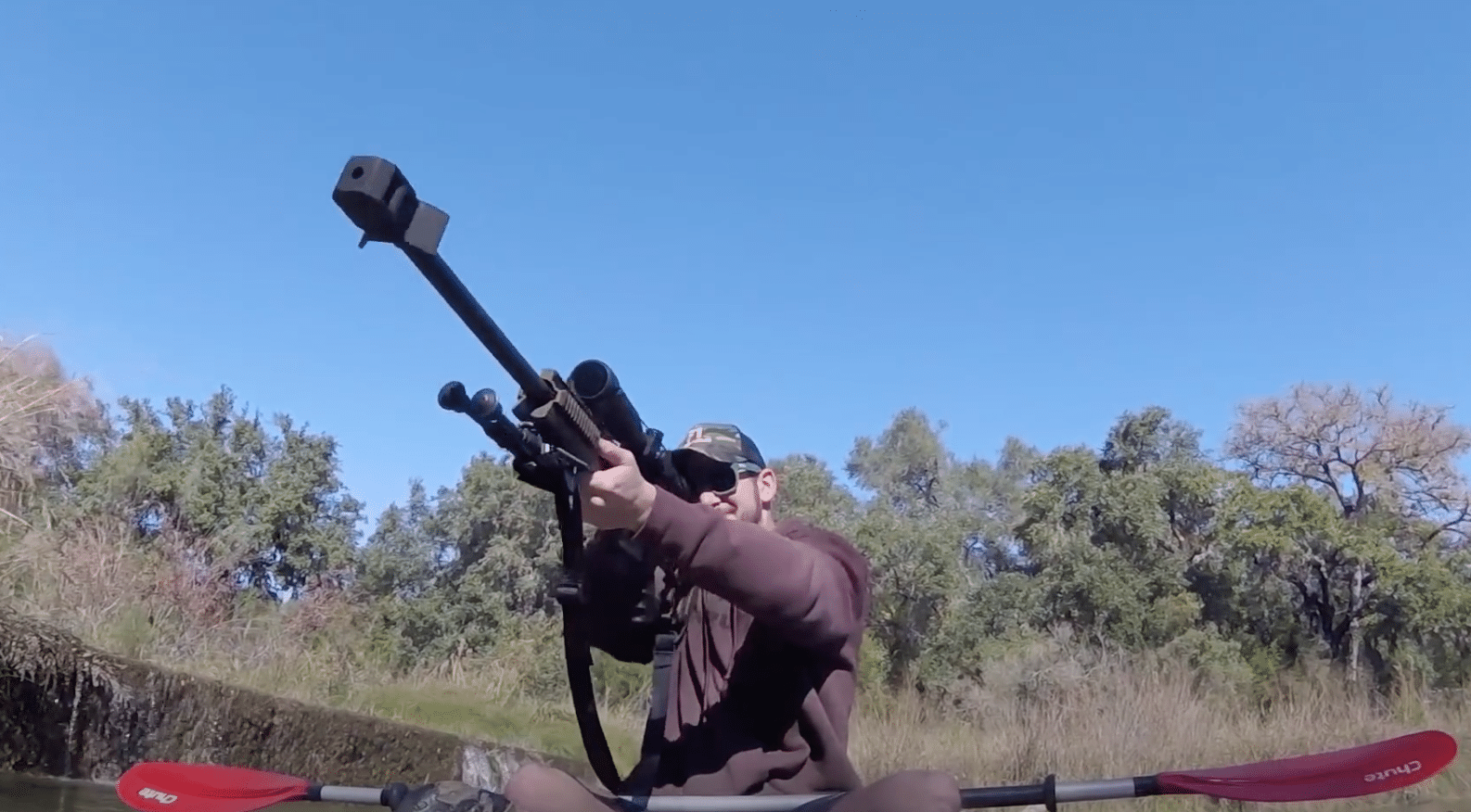 This weapon not only provided enough power to get the kayak going, but the sustained rate of fire kept it traveling all the way into the opposite riverbank.

If you ever find yourself up a creek without a paddle – but still have a gun – that might just be a solid alternative.

Watch Amy Schumer's Controversial Video About Women In The Military