Check out this amazing remote-controlled miniature A-10 Warthog that launches miniature Nerf balls.

The A-10 Warthog is one of the military’s favorite aircraft in the skies as it goes low and slow, obliterating enemies below. The full name of the aircraft is the A-10 Thunderbolt II and it is nicknamed the “Warthog” due to its unique and arguably strange visual appearance. 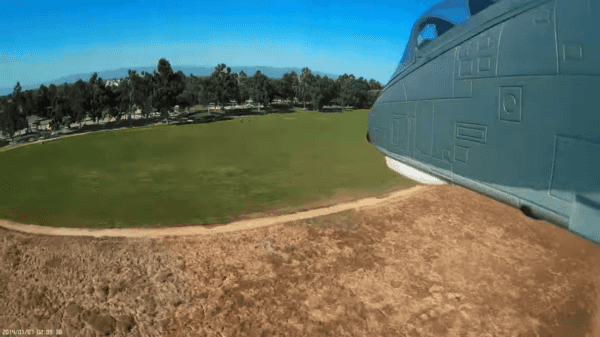 This aircraft is beloved by the United States Air Force and has been an icon for decades as it uses a 30 mm anti-tank seven-barrel Gatling-type autocannon that can fire more than 4,000 rounds in a minute. It shoots so fast that it makes one singular sound that enemies will never forget. The A-10 features the GAU-8 Avenger cannon, which is over nineteen feet in length and comes in at a weight of over 4,000 pounds. The cannon is capable of shooting through the armor of tanks, which is one of the reasons why it is so massive.

Since the A-10 is such a unique and nostalgic aircraft, it has become a favorite for remote-controlled miniature aircraft enthusiasts. The model A-10 in the video below is owned by the YouTuber “ajw61185.”

Make sure to watch the full video to see this mini A-10 in action.

In the video description, the aircraft’s owner mentions that the remote-controlled A-10 “combines two hobbies, R/C planes and Nerf. I’ve incorporated a stripped-down Nerf Rival Zeus blaster into the nose of an old FreeWing A-10. The blaster is controlled from the same transmitter used to fly the plane, and allows me to launch 12 safe/soft foam balls in less than half a second.”

Firing out 12 Nerf balls in half a second is reminiscent of the speed at which a real A-10 could fire, considering this version is only a toy.

In case anyone happens to be worried about the safety of flying this mini A-10, the owner also mentions in the video description that, “While I believe this modification to be compliant with the AMA Safety Code, as I am not using pyrotechnics, or jettisoning anything that could harm people or property (Nerf blasters are after-all meant for children to play with, and comply with toy safety rules,) please exercise caution and responsibility if you’re attempting to build a similar creation. Never fly at/over people, and resist the temptation to launch balls at anything organic.”

It continues the legacy of the A-10 in a significantly smaller format and this is a near must-have for anyone that loves the A-10. 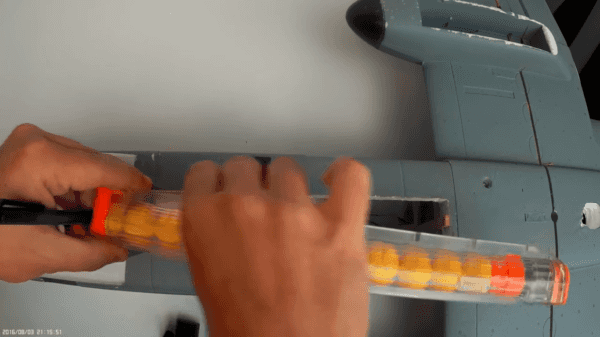