The Common Remotely Operated Weapon Station, or CROWS, is a critically important tool in the United States military’s arsenal. Its primary focus is to keep a soldier safe while simultaneously engaging with enemy targets. The weapons systems allows operators to fight off a military threat without leaving the safety of their armored vehicles.

Check out the CROWS system in action in the video below:

The CROWS system can be incorporated on a wide array of military vehicles from Humvees to RG33s to patrol boats and beyond. The first CROWS system was deployed in Iraq in 2004 and was originally utilized by special forces, military police, infantry, and transport units. Each CROWS costs an estimated $190,000.

The tool is designed so that it can be fashioned on a number of weapons including the Mk 19 grenade launcher, M2 .50 Caliber Machine Gun, M240B Machine Gun, and M249 Squad Automatic Weapon, among others.

With the CROWS system, each weapon incorporates large ammunition boxes that enable sustained firing periods.  The Mk 19 carries 96 rounds,  the M2 fires 400, the M240B has a 1,000 rounds capacity, and the M249 packs a whopping 1,600 rounds.

The CROWS system is comprised of two separate parts: a mount and a control group. The mount, which attaches to the main weapon, allows for 360-degree rotation as well as elevation adjustments and stabilization. In addition, the CROWS system offers video cameras, thermal cameras, and a rangefinder.

The control group is a joystick-like remote paired with a display. A soldier will have complete control over the weapon as well as total awareness of his surroundings all while remaining protected inside the armored vehicle. 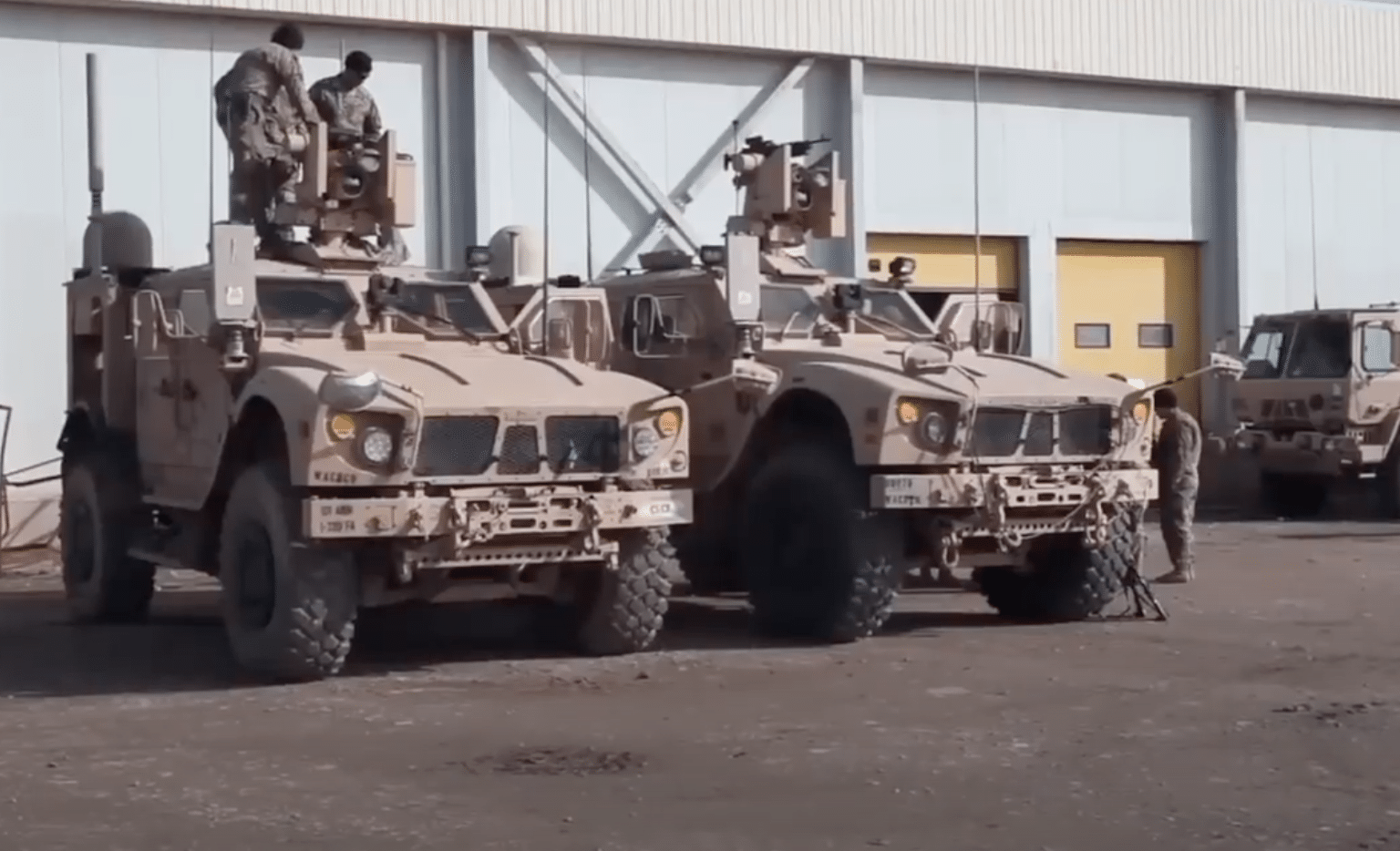 In addition to protecting its crew, the CROWS system can also positively impact the effectiveness of the weapon its paired with. Not only can the camera system identify targets from nearly a mile away, but the mount reduces weapon recoil and improves overall accuracy. This allows a soldier to track and engage targets more effectively.

Today, more than 8,000 CROWS systems are in use all around the world. The newest CROWS III update includes a laser dazzler to temporarily blind combatants in order to potentially avoid opening fire. The latest hardware also includes additional cameras to expand the field of view and infrared laser points for nighttime use. The largest version of the CROWS system can even be incorporated on the FGM-148 Javelin missile launcher.