Watch how Marine recruits are turned into war fighting machines

Having the opportunity to join the United States Marine Corps is an honor that relatively few people experience. Men and women who make up the branch are subject to rigorous training from day one in order to be transformed into highly skilled service members.

Through twelve weeks of high-intensity work, recruits at the Marine Corps Recruit Depot in San Diego, Calif., are transformed from everyday civilians to elite troops capable of defending America’s freedoms at a moment’s notice.

A series posted to YouTube highlights some of the challenges these recruits face during their training, and outlines the process of transforming them from young recruits to fully capable troops.

At the start of their training, the new recruits arrive at the depot in the dead of night. From the moment they step off the bus, they are immediately lined up and welcomed by loud-mouthed drill sergeants who are not afraid to get in their face.

Once the recruits step into the training facility, they are thrust into the chaotic process of haircuts, uniform and gear assignments, and medical evaluations. After quickly being assimilated into the program, the recruits are subject to an initial strength test to ensure they have the proper baseline that will allow them to commence with training. 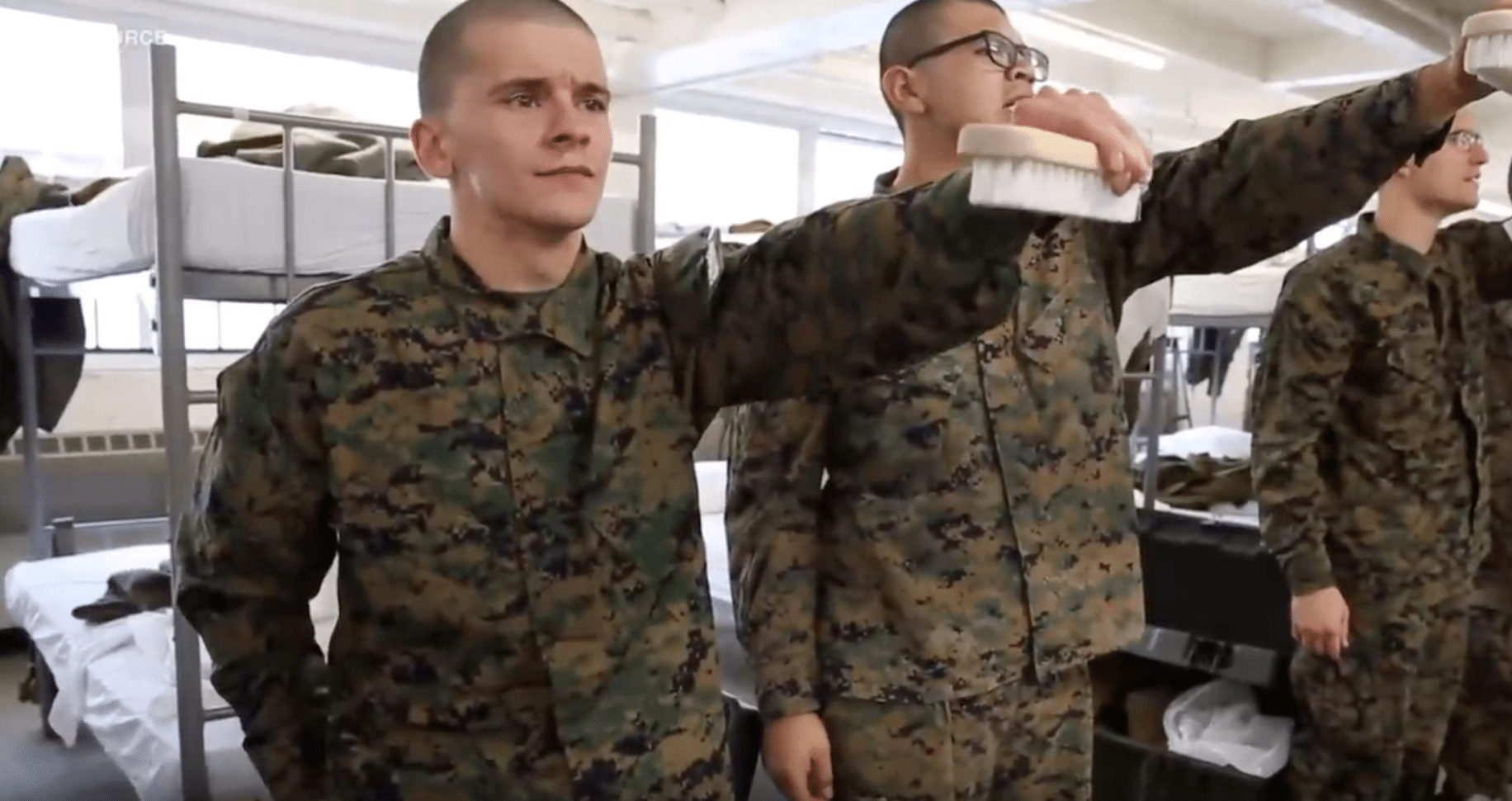 During the first few weeks of training, Marine Corps recruits learn the Core Values and are also introduced to the Martial Arts Program. Later on, the recruits negotiate the Bayonet Assault Course and Obstacle Course. Physical fitness is an integral part of Marine Corps training, and new fitness challenges are introduced each week.

By the end of week five, the recruits participate in additional swim qualifications and complete the initial Physical Fitness exams. 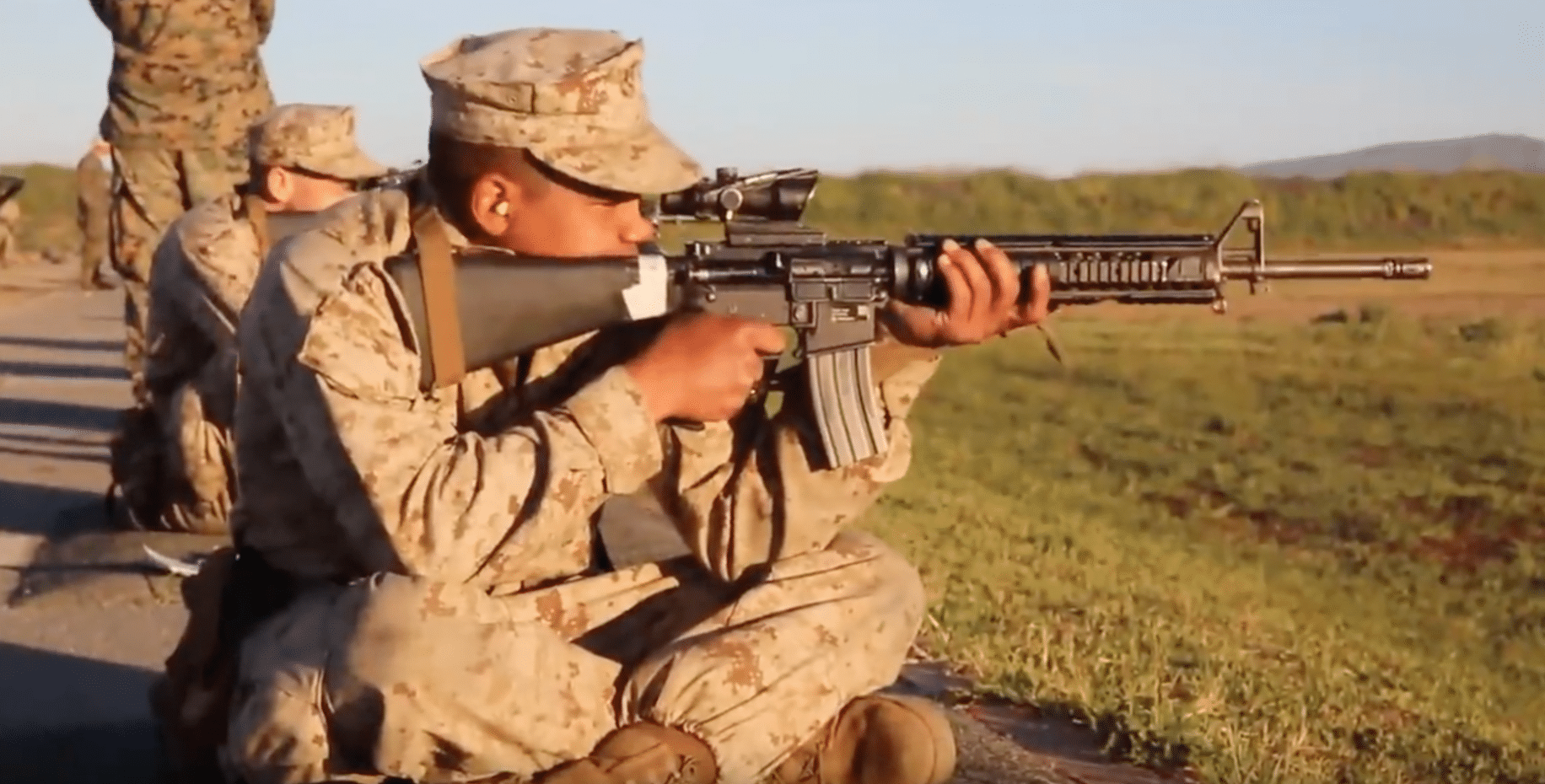 Halfway through their training, the recruits experience Grass Week where they are required to hike to a rifle range and begin learning the fundamentals of Marine Corps marksmanship. They study proper firing positions, learn the ins and outs of their weapons, and ultimately spend long hours practicing shooting.

After weapons training, the future Marines put everything they have learned thus far to the test. Assigned to working parties around the depot, the trainees patrol areas of the compound day and night to simulate real-world combat patrols. They work under the watchful eye of their series commander and undergo regular inspections. 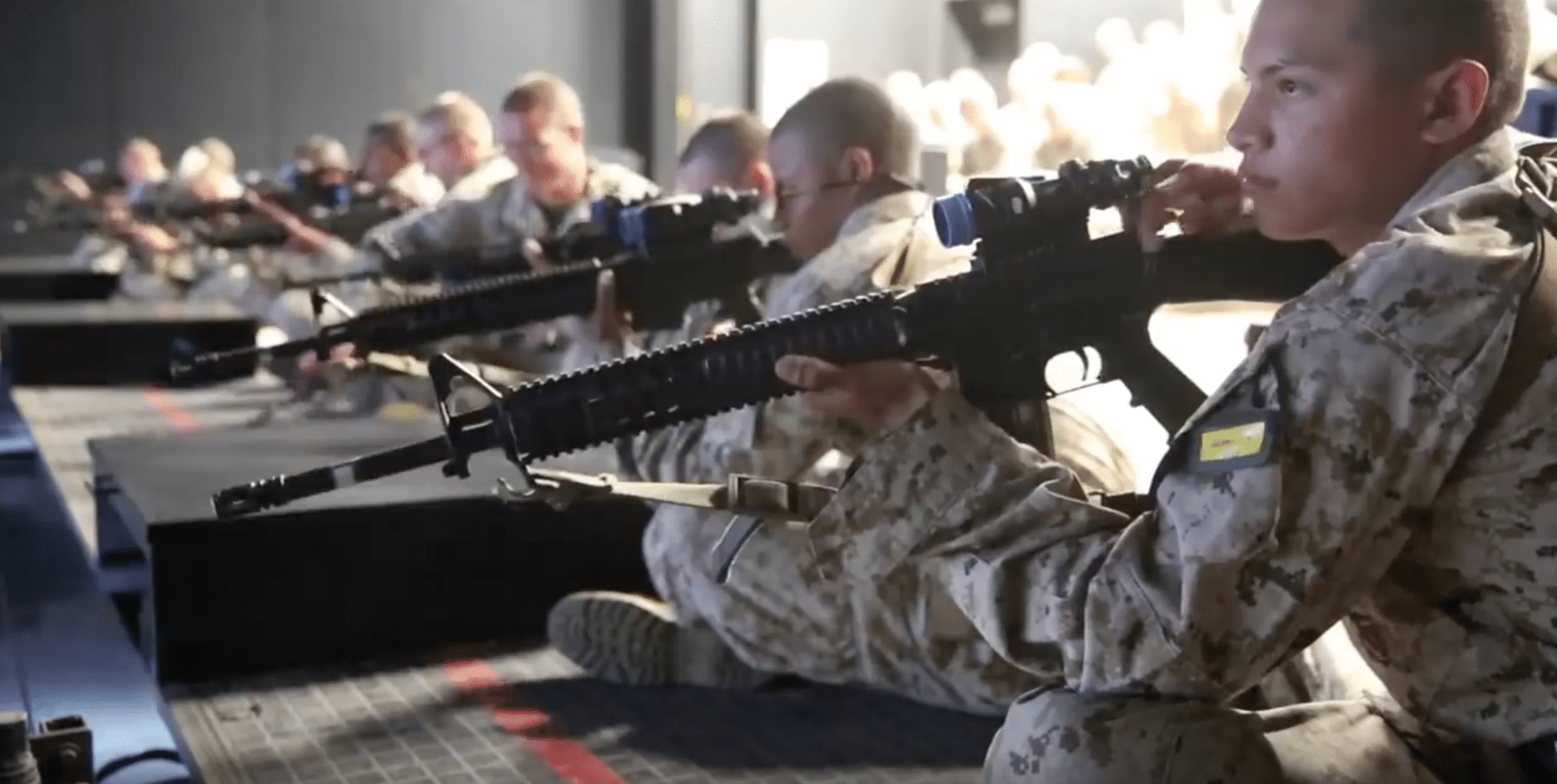 After 12 grueling weeks, those who successfully completed training officially earn the Eagle, Globe and Anchor, and can now finally be called United States Marines. It is estimated that anywhere between 10 and 25 percent of Marine Corps recruits are unable to complete their training for various reasons.