A disabled Navy veteran in Florida was severely beaten by three men as he attempted to stop them from torturing a turtle. Garry Blough Jr. attempted to stop the animal abusers after his wife and young daughter witnessed three young men repeatedly smashing a turtle into the pavement outside of his Daytona Beach home. Blough suffered a swollen eye and head contusions during the attack.

Blough says he became involved after his wife and toddler daughter witnessed the men abusing the animal while strolling around a neighborhood pond. “You don’t hit a woman, you don’t hit a child and you don’t hit an animal around me” he said. “I won’t stand for it. That’s not right.”

The retired veteran couldn’t stand by while children in his community were traumatized by the callous act. He told his wife to call the police while he attempted to deescalate the situation so his neighbor’s children wouldn’t have to witness it.

“[My wife and child] seeing that, and plus, there are eight other children in the neighborhood all watching this, and they’re all in tears,” he said. “Every kid is crying.” 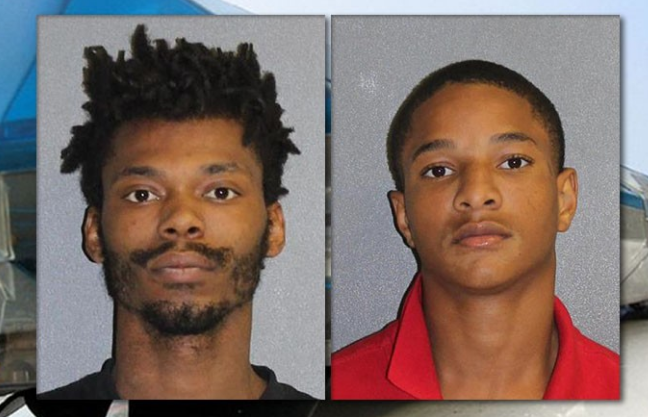 When confronted by Blough, Ryan Ponder, 23, Johnnie Beveritt, 18, and Alfred Chico, 16 turned their abuse toward the disabled veteran. The trio assaulted Blough until neighbors intervened. The animal abusers then fled the scene on foot and were picked up by police shortly after.

Blough received medial treatment for his injuries, and the turtle was found dead in the pond after the attack. Ponder, Beveritt and Chicoa are being charged with battery and cruelty to an animal. Ponder and Beveritt are each being held on a $15,000 bond at the Volusia County Jail.