Characters in horror movies have earned the stereotypes of being dimwitted, lacking the ability to make good judgment calls under pressure and for making bonehead moves like opening doors that should not be opened because it’s painfully obvious a demented villain is waiting on the other side. Decades of cringe-inducing bad decisions have caused us to lose all faith in these doomed-from-the-beginning airheads.

But what if there was a movie where the characters shed the clichés that make them such easy targets and decide to fight back? This hilarious short film pulls back the curtain to give us a peek at what would happen if competent characters were inserted into a horror film. 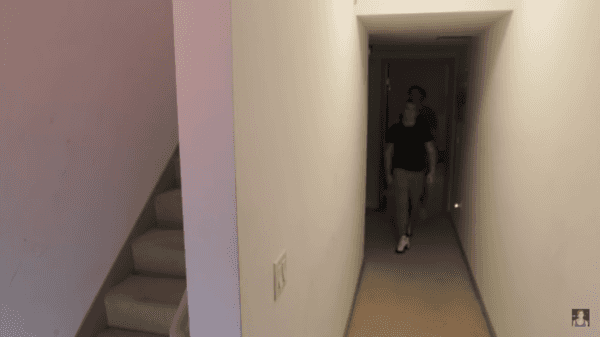 The two men walk down the dimly lit hallway (YouTube)

Watch these gentlemen fight back against a spooking figure that lurks in the dark. These boys show what strong and dynamic characters can do to fight back against the forces of evil with a little help from fast reflexes, quick thinking and of course the Second Amendment.

The video starts with Paul and his friend walking down a dimly lit hallway in their basement. Once reaching the end of the hallway, Paul flicks off the lights. Then out of his peripheral vision, he sees the silhouette of a small person. He quickly turns the lights back on and the mysterious figure can no longer be seen. After repeating the light flicking several times, the video cuts to the figure jumping right in front of their faces. The figure is a frightening looking monster with a toothy mask on its face. The monster certainly looks like something out of a horror movie. 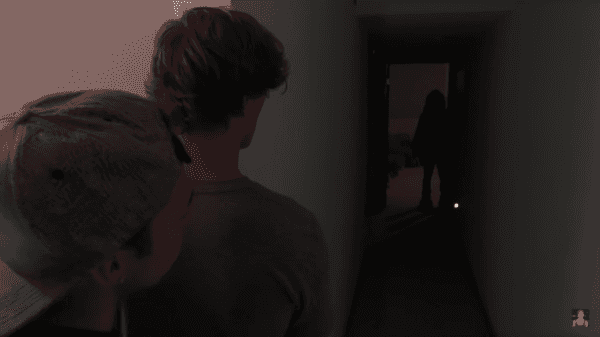 A creepy silhouette of a monster can be seen (YouTube)

At this point, the video takes a turn away from what normally happens in a horror movie. Instead of Paul and his friend falling victim to the monster, they start fighting back. Paul starts by sucker-punching the monster in the face, sending to the ground. He then continues by kicking and stepping on the monster, while his friend runs to the bedroom to grab his gun. 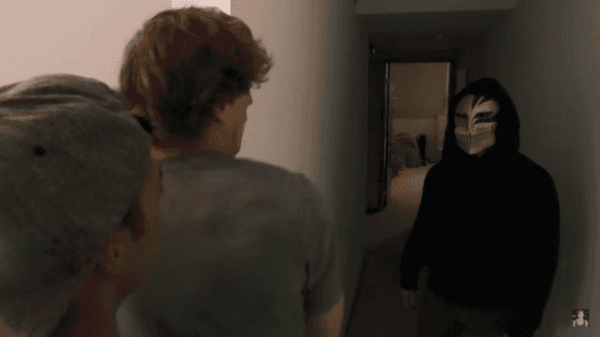 The monster appears in front of the men (YouTube)

Now with his gun in his hand, Paul’s friend fires a bunch of shots, which appears to finally kill the monster. With the monster now dead, they can continue with their lives, making for the smallest horror film ever made.

Watch an Air Force Airman attempt to do a Marine PFT