If you’re a veteran, odds are you had to file a claim at some point. Whether it’s in relation to the GI bill, health care or disability, it’s likely that at some point you spent over an hour on hold waiting for someone to finally tell you to do it online. Hopefully, the new V.A. Secretary will take charge and make this process a little better, but only time will tell.

The frustration veterans have when dealing with the VA is just unbearable. The YouTube creator known as “A Combat Veteran” put together this video, which gives a painfully realistic look at what it’s like when trying to get services from the V.A. 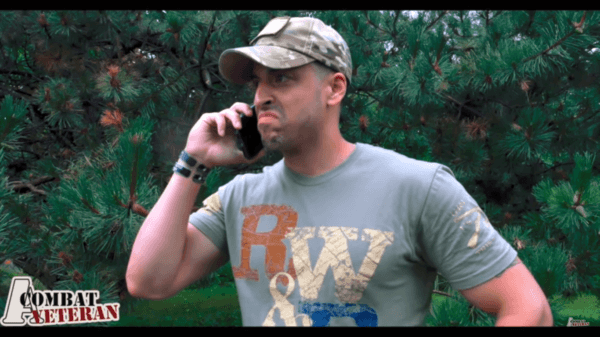 The video starts with the veteran calling the V.A. and immediately hearing on the line that there is a 96-minute wait. Finally, after a long wait on the phone, a worker from the V.A. picks up the phone and accidentally says, “welcome to the V.A. where veterans go to die—I mean live. How can I help you?” After naming off a bunch of serious potential health issues, the veteran responds by telling the operator that he has none of those issues and just has some back pain that he needs to have addressed. To his dismay, the operator tells him that he needs to be put on hold again while his call is transferred to a different department. 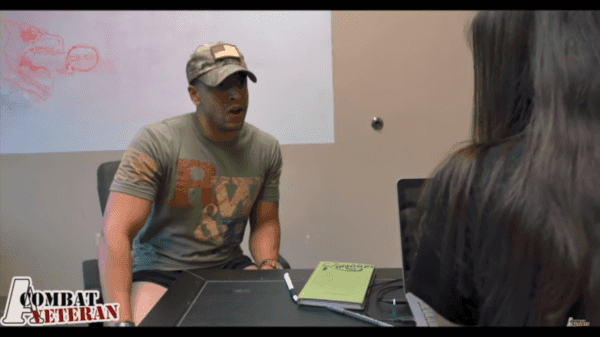 The next operator picks up the phone and the veteran immediately complains that he was on hold for 30 minutes, which the operator responds to by saying that she is “impressed” that his time while on hold was so short. She then asks him if he needs to be interviewed by a medical assistant, and he responds with “this is what I have been waiting for.” The operator then puts him on hold to transfer him yet again. 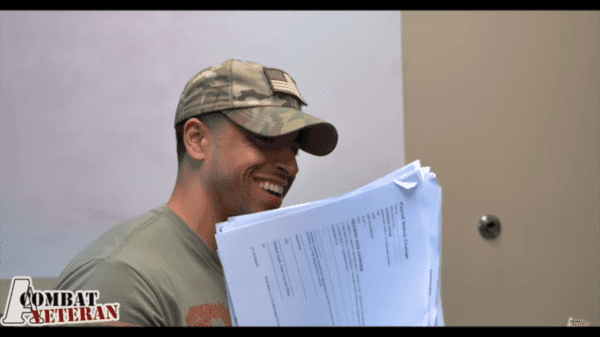 After a long period of time, the video jumps over to the veteran sitting at an office at the V.A. while being interviewed by the medical assistant. She starts off by handing him a giant stack of forms that he must fill out.

We don’t want to give everything away though so definitely watch the entire video. This is a humorous look at the many issues that veterans face daily at the V.A. Hopefully some changes are made so that our veterans do not need to go through the mess of paperwork, long periods of time on the phone, and other hassles that are currently common when dealing with the V.A.

Check out this hilarious, but painfully true video below!