In spite of the bleak and war-torn environments U.S. forces face on deployments, there always seems to be a video camera and willing participants to record some sort of hilarity. This video is no exception.

Inspired by the Miami Dolphin Cheerleaders, these troops stationed in Afghanistan created a lip-syncing music video to the song “Call Me Maybe” by Carly Rae Jepsen. It’s packed with military equipment and dancing, while following as closely as they can to the same scenes and props used by the cheerleaders. 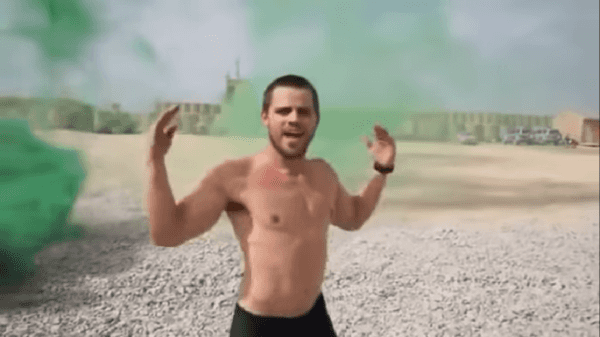 Being deployed can be rough, but adding some humor to the base is always a good way to get through.

The troops took the time to choreograph their video, each repeating the same gestures for verses, while dancing to the beat and mouthing every word, and capturing identical scenes to the cheerleaders.

Instead of a ball pit, the troops rise from heaps of dry dirt, managing to keep their rhythm going.

A scene with green smoke adds a subtle bit of color to the brown desert background that is the signature of Afghanistan.

Check out their music video below:

They even used a Mine-Resistant Ambush Protected (MRAP) as a prop, hanging out of it for more singing and dancing, whereas the cheerleaders danced on trolleys and the beach.

The whole crew eventually joined in — over a dozen shirtless troops — all lip syncing in unison.

Naturally, combat gear, guns, and artillery were involved in the making of the video. The booty shorts were an unexpected bonus. 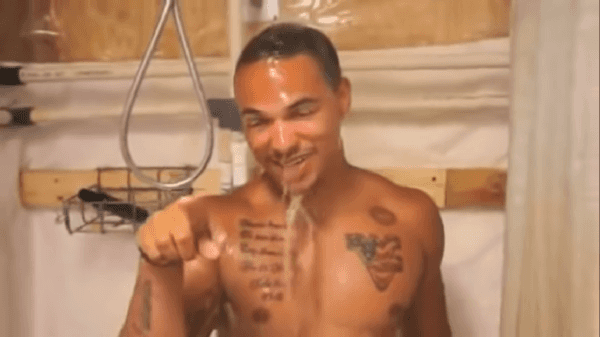 The video ended with a message on the screen that said: “To the Dolphin cheerleaders, thank you for the inspiration. -Your fans in Afghanistan.”

The video captured more than 200,000 views — just a fraction of the official Call Me Maybe music video which has been viewed over 1.1 billion times. The song was released in early 2012 by the Canadian pop star, and quickly became a well-known song for its catchy tempo and lyrics, prompting a trend of lip syncing videos all across the internet.

The Dolphins cheerleaders’ amassed more than 26 million views in their video. Check it out:

The troops made the best of their deployment — if at least for one day — despite their temporary base of tents and shipping containers. With few of the comforts of home, making videos like these can give troops the downtime they need while getting the enjoyment of providing entertainment their stateside families can have a laugh at.

(VIDEO) Check out a hilarious compilation of military fails

Watch how Marine recruits are turned into war fighting machines