Remember when the United States rolled into Baghdad?

In the fight against suicide bombers, the U.S. military employed a unique tactic. Helpless to stop American tanks by conventional means, Iraqi fighters turned to vehicle born suicide attacks to disable US armor. These suicide bombers attempted to blend in with civilian traffic and would suddenly drive towards US troops and tanks at the last minute. American tankers countered these assaults with the deadly “sabot” artillery round.

A sabot is a device used in a firearm or cannon to keep a projectile, such as a bullet, in the center of the barrel when fired. Its diameter is smaller than the bore diameter of the weapon used, thus allowing for the use of a different ammunition in addition to more traditional rounds. This is one of the many technological wonders that the US military developed to keep our troops safe. 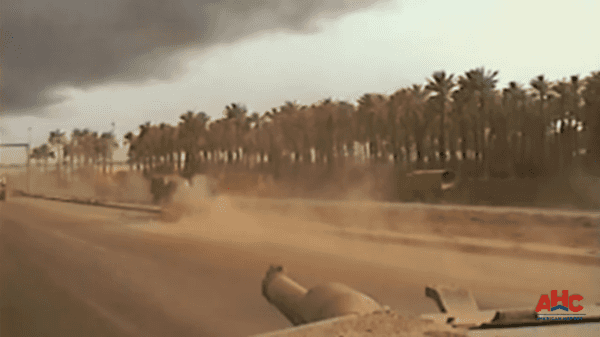 The unique design of the “sabot” artillery allows it to pierce its target at a very high velocity. It can also be fired from a short distance with a high level of accuracy. The introduction of this deadly artillery on the battlefield greatly diminished the effectiveness of the suicide bombers because they were literally stopped in their tracks before they could do any major destruction. These cowardly bombers learned the hard way not to mess with the most powerful military in the world. The US military has been consistently beating them in all categories, including technology, strategy, and general man-power. 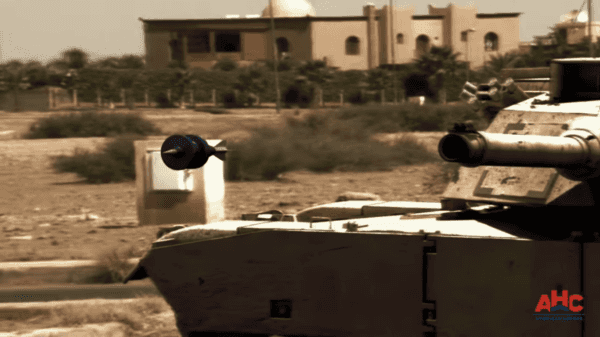 One of the biggest challenges that the US troops faced was distinguishing the suicide bombers from the regular civilians. Unfortunately, many of the civilians were unaware that there was a US military occupation in the area. The troops had to make split-second decisions on which cars and trucks contained peaceful civilians and which contained suicide bombers before firing the sabot. With their great judgment, the US had no trouble at all at seeing through the chaos and mayhem of civilians and bombers roaming the streets of Baghdad.

Could you imagine being on the battlefield while witnessing a truck speeding towards your tank? You are faced with only a few seconds to confirm that the truck is a suicide bomber before firing the “sabot” artillery. With the constant threat of suicide bombers, these heroes risked their lives to keep us safe.

In this video, you can see shots from American tanks “liquefying” the enemy threat one shot at a time. The video contains real and reenacted scenes of what really happened on the battlefield.