When most people think of a race, they usually envision the fastest athletes on foot or 180mph race cars screaming around a turn. However, militaries have races of their own, and their vehicle of choice is sometimes a massive, eight-wheeled troop transporter that crawls over land and even swims in the water.

In between intensive training, militaries from around the world often convene to compete in a relay-style race that consists of driving, shooting, and other skills tests for bragging rights. Check out one of the international military relay races in the video below:

The video showcases teams of troops driving armored personnel carriers (APC). These behemoths are heavily armored and well-equipped machines with the sole purpose of getting troops and equipment in and out of active combat zones. 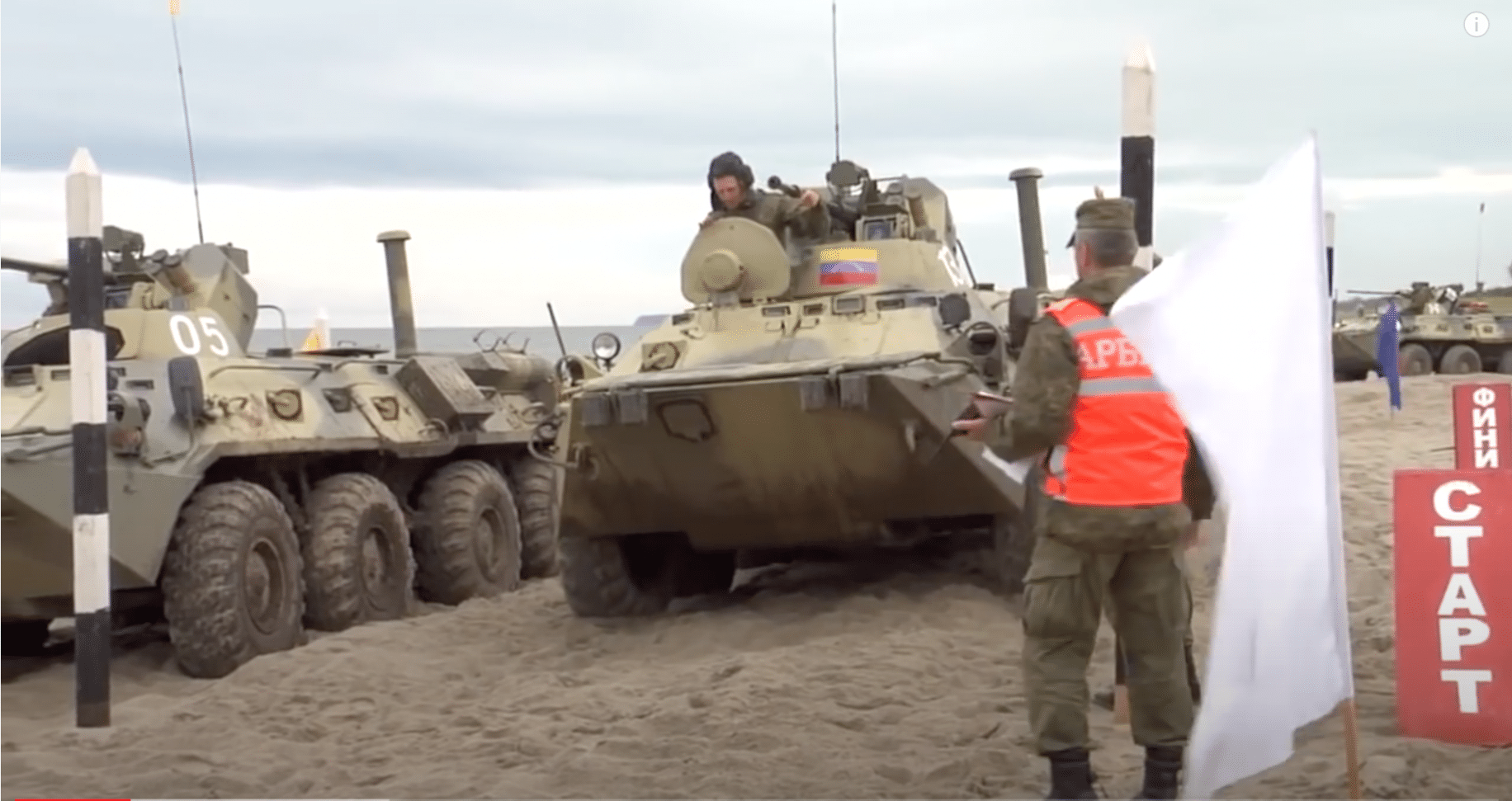 The race begins with the military teams outside of their vehicles. At the sound of a gun, the troops must run to their respective APCs, climb aboard and begin the process of starting them up and driving them down the beach. The sand is no match for the eight massive tires as the APC cruises comfortably, but before long, the teams must make a sharp right turn into the ocean.

The vehicles are capable of not only traversing any terrain on land, but can also be used in the water as well. The race requires the troops to drive their vehicles out past the shoreline, around a flag and back to shore. 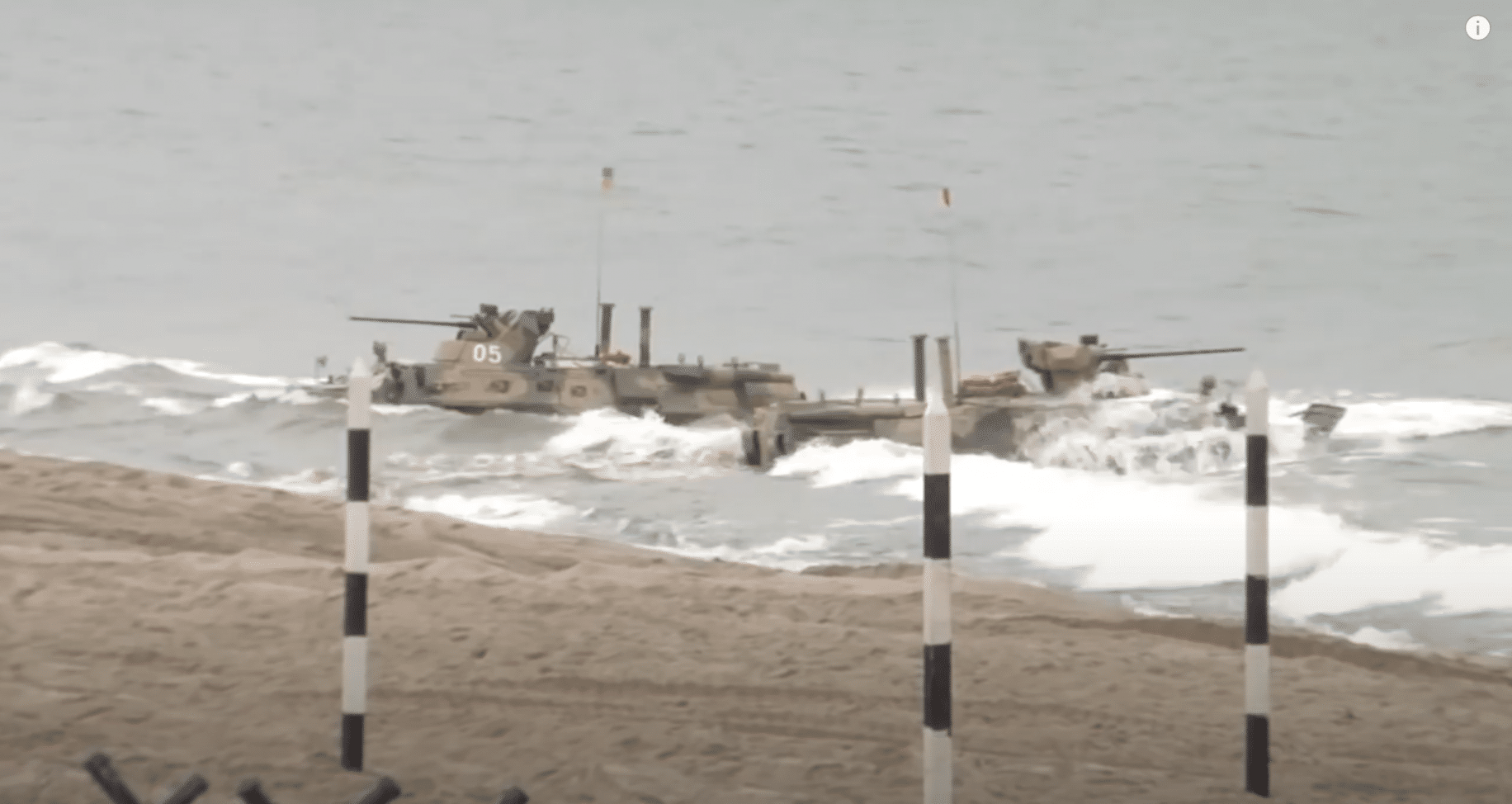 In addition to a standard vehicle race, part of the competition includes shooting tests. The APC is equipped with various weapons systems, and the organizers have set up a number of short-range and long-range targets. The teams must successfully hit the targets before moving on to the next task. 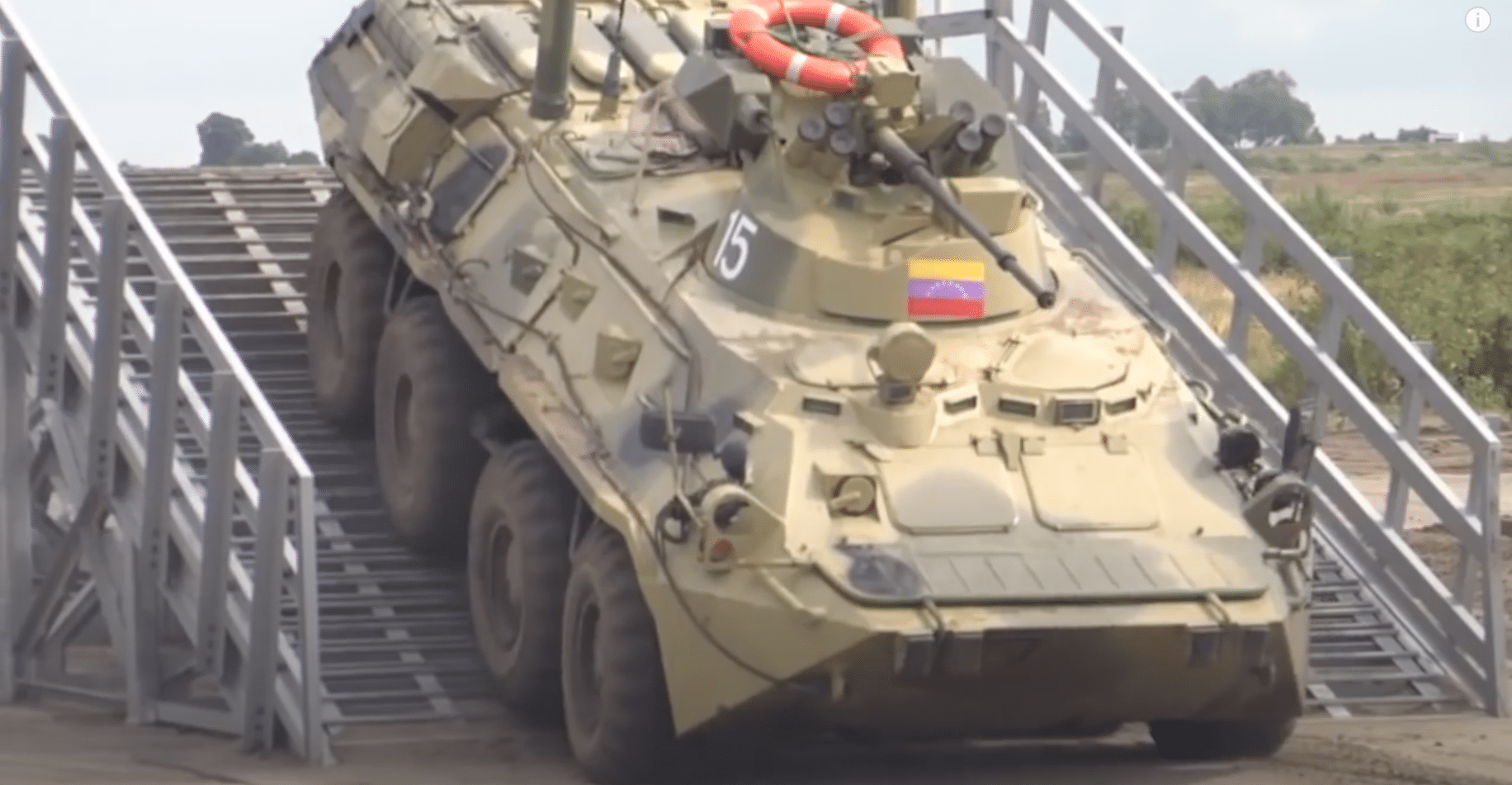 The competition features BMP-1 tanks as well. These amphibious infantry vehicles make the slow crawl along the sand, cruise out across the open waters, and fire off their own canons during the relay. The race also includes some man-made obstacles like steep climbs and bridges that need to be traversed.

While the race is all in good fun, it is an opportunity to put one’s training to the test. In addition, there is always some pride in coming out on top when competing again militaries from other nations.