In this video, soldiers out on a mission are quickly ambushed by the enemy. In the blink of an eye, one soldier can be heard telling another one to “get down.”

Tons of rounds started being fired off as soldiers can be heard screaming that the enemy is in the alleyway. One of the soldiers fires at the enemy, but because he is trying to take cover, some of his rounds are hitting the dirt in front of him. The soldier wearing the helmet cam tells another soldier to shoot off some 203 grenade rounds. He tries, but has no luck. 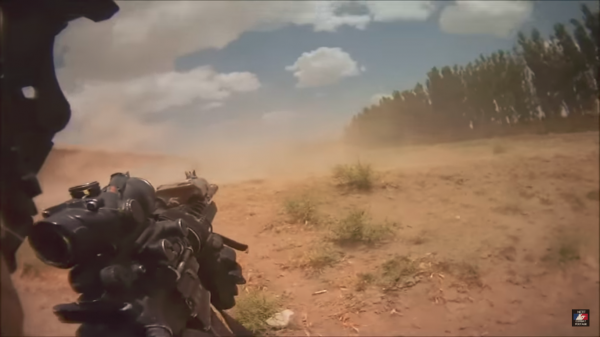 At one point in the video, you can see the impact of an incoming round hit one of the walls off to the left side. The soldier who is capturing video of the ambush on a helmet camera, says that a rocket-propelled grenade just came from somewhere in the direction of the alleyway all the way to the IED site.

Immediately, several soldiers recognize the threat that the RPG presents and begin to fire off a number of rounds into the alleyway.

The soldier wearing the head-cam says over his comms that they need an Air Weapons Team support as soon as possible. 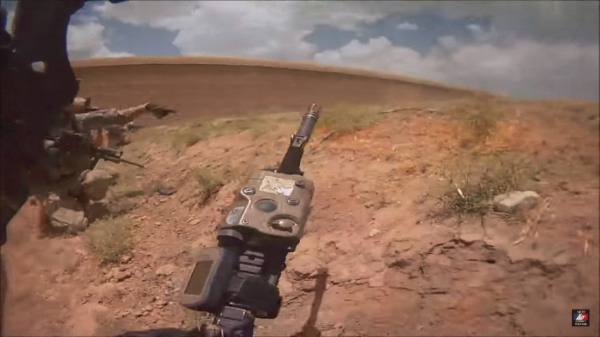 One soldier calls out for the other soldiers to lay down some covering fire after finding a target.

The soldier with the helmet camera then says that they have an advantage in numbers and that the target is roughly 40 degrees and 250-300 meters out “in the hole by the pump house.”

While there is a lull in the action, a number of soldiers can be heard laughing and joking around with one another.

The soldier wearing the helmet camera points off into the distance towards a rooftop, telling a fellow soldier to keep their eye on it and stay low in case the enemy is off to the right of them.

One soldier can be heard saying that “he is out of ammo” before the soldiers continued to fire off a number of rounds in the direction of the target.

Later on, an explosion can be heard and seen in the distance, with several soldiers celebrating the hit.

After a brief celebration, you can hear the soldier say the enemy that was near the alleyway has been taken out by an AT4.

Check out the intense situation captured on this soldier’s headcam below: