Watch a roman candle minigun fireworks show with 1,000s round in less than a minute

Few things are as fun as lighting some good old fashioned fireworks. As kids, we were likely limited to sparklers and firecrackers, but growing older means having the ability to do all the exciting and dangerous things our parents would never let us do.

Like firing off a whole bunch of Roman candles all duct-taped together in one massive firework mega show.

A video posted to YouTube appears to show a man lighting seven roman candles at once and firing them into the ocean, all while he holds on to the contraption in his arms. 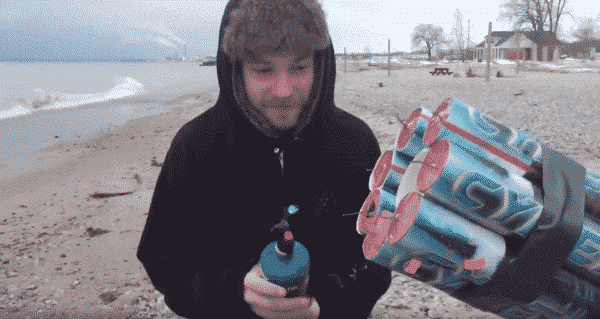 The demonstration is followed up with a fair warning in the video description: “Do NOT in any way attempt to recreate something like this. It is not safe and just because it didn’t backfire on me doesn’t mean it won’t on you.”

And that is probably some good advice. The dangerous stunt can easily end in injury or fire, so leave something like this to the internet professionals.

Check out the impressive spectacle in the video below:

The stunt seems simple enough. Strap together a bunch of Roman candles, light them all at once and hold on for dear life. The men chose the wide-open ocean as their target and spared any nearby houses or passersby.

Fortunately, the demonstration went off without a hitch. All seven Cyber Cannon fireworks shot off into the water, and the video’s uploader estimated that the end result was more than 1,000 shots in just 45 seconds. 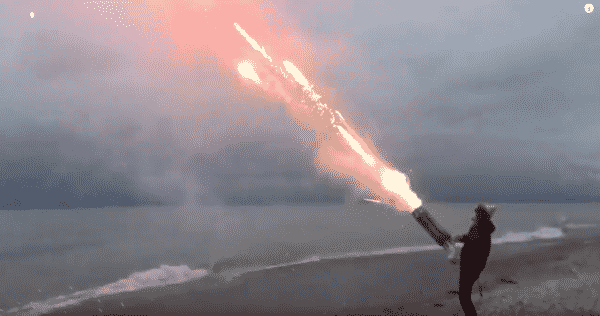 No fires were started and no body parts were injured in the making of the video. The location was chosen specifically to avoid any danger.

“I chose this spot with safety in mind, finding the one place that couldn’t be caught on fire as a result of firing the device,” the uploader wrote.

Unfortunately, it is unlikely that a fireworks display like that won’t end up on someone’s radar. And according to the video description, that is exactly what happened. 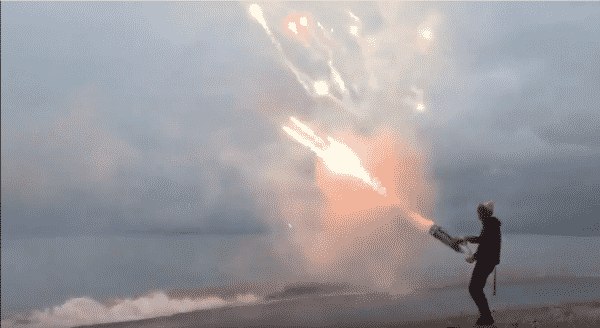 “Yes, I was initially cited for this but because I turned myself in and have no past record, the citation was removed,” the uploader wrote in a followup comment. “I am also donating $100 to the South Milwaukee police department for their efforts and contributions to the city and its people.”

This Day In History: FDR Introduced The Lend-Lease Program To Congress