This video shows the amazing power of a 20mm anti-tank rifle as it fires at 16 quarter-inch steel plates, demonstrating the unsurpassed amount of penetration it can do. As seen by the slow motion clip, it penetrated six of the plates with some pretty hefty holes. Considering the ammunition is 80-years-old, the damage is pretty impressive.

War Gaming, who sponsored this video, wanted to see just what kind of damage a 20mm anti-tank rifle in action can do, firing 30 rounds per minute. 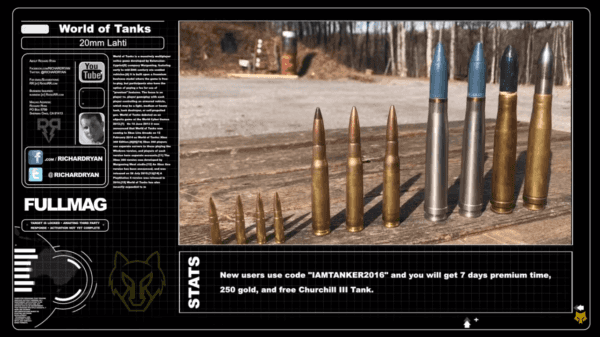 With the stage set, the 16 steel plates were readied, each one-quarter inch thick, for a total of four inches in place. One and a half inches was what the anti-tank rifle was able to penetrate, but it left massive bullet holes. The seventh steel plate suffered a minor ding.

As the plates were laid next to each other, it was clear to see the holes from the bullets were bigger for each plate that it fully penetrated. Even a few minutes after the bullet was fired, it was still quite warm to the touch and the guys joked about it being used as a hand warmer.

Check out the video below of the anti-tank gun in action:

Designed by Aimo Lahti – Finland’s greatest gun designer, the Finnish Lahti L-39 was manufactured by VKT. The mammoth anti-tank rifle has a 51.2-inch-long barrel and weighs in at a whopping 109 pounds, unloaded. The muzzle velocity is more than impressive at a rate of speed of 2,600 feet per second, according to Guns.com.

The L-39 was gas operated and fed from a 10-round vertically feeding box magazine. Some 1,850 rifles were made between the end of the Winter War and the beginning of the Continuation War, according to Historical Firearms. 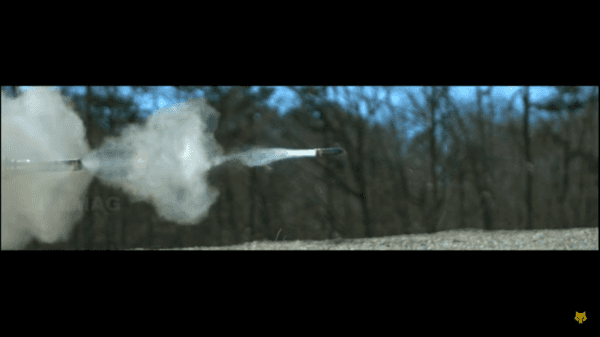 While the Finnish Lahti L-39 performed very well with excellent accuracy, it was just too heavy to handle, and it made transportation difficult. Two-man teams were assigned to the beast for both firing and transporting it.

It was used in World War II against the Russians and was dubbed the “Elephant Gun.” It was primarily used against bunkers, low-altitude enemy planes, as well as enemy troops and snipers. 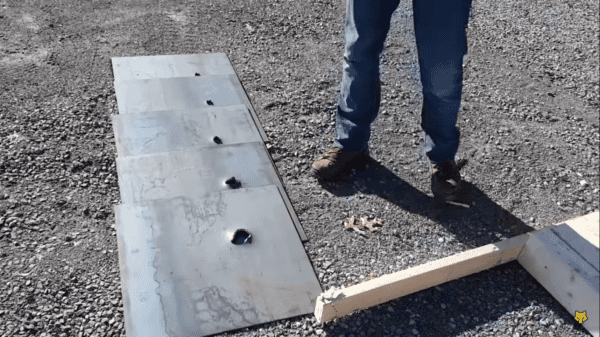 They started to lose their efficiency by 1944 so the gun started to see some modifications, such as conversions to open-bolt, fully automatic firing modes with a fixed firing pin, and extended magazines capable of holding 15 rounds.

It’s interesting to check out these older weapons to see what they can still demolish in the modern world, and this one definitely did not disappoint.