Albert Avery Harrington, 49, of Ashtabula, Ohio, was killed on January 22 when a suicide bomb detonated near his position near the Raqqa front, located in northern Syria.

Harrington served as a Corporal in the United States Marine Corps and was honorably discharged in August 1991. According to social media, Harrington had made multiple trips between the U.S. and Syria in the past and was considered a veteran fighter to the Kurdish people, who referred to him as Cekdar Rojava.

Harrington’s death makes him the second U.S. volunteer to be killed fighting alongside the Kurdish militia (YPG) in less than a month, with Paolo Todd, 33, of California, succumbing to wounds received fighting ISIS near Raqqa on January 15th. 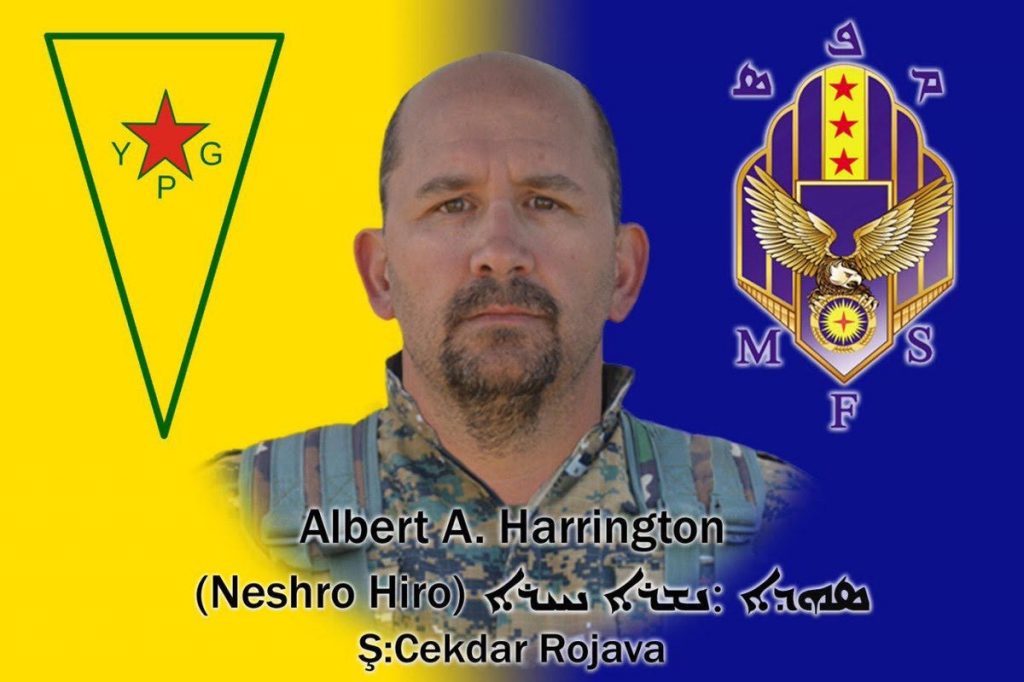 “When others ran, he always chose to stand and fight. He died like a real Marine,” the volunteer said.

ARA news released a statement from forces assisting the YPG in Rojava:

“With great sadness [that] we announce the passing away of our good friend Albert Avery Harrington, an American Volunteer who was injured in a bomb explosion a few days ago in Syria and passed away from his injuries.”