Daiwon McPherson certainly knows how to make a memory. The Mobile, Ala., man partnered with local law enforcement to orchestrate a fake police chase – complete with a gas-station showdown at the end – in order to propose to his girlfriend, Shawna Blackmon.

The special moment was captured on video in 2016 and uploaded to YouTube. Check out the video below:

McPherson’s plan began with a missed date that evening. After not showing up on time, McPherson frantically called Blackmon to explain that he had been pulled over on his motorcycle. His girlfriend feared the worst, and she immediately rushed to a nearby gas station to see McPherson surrounded by police. 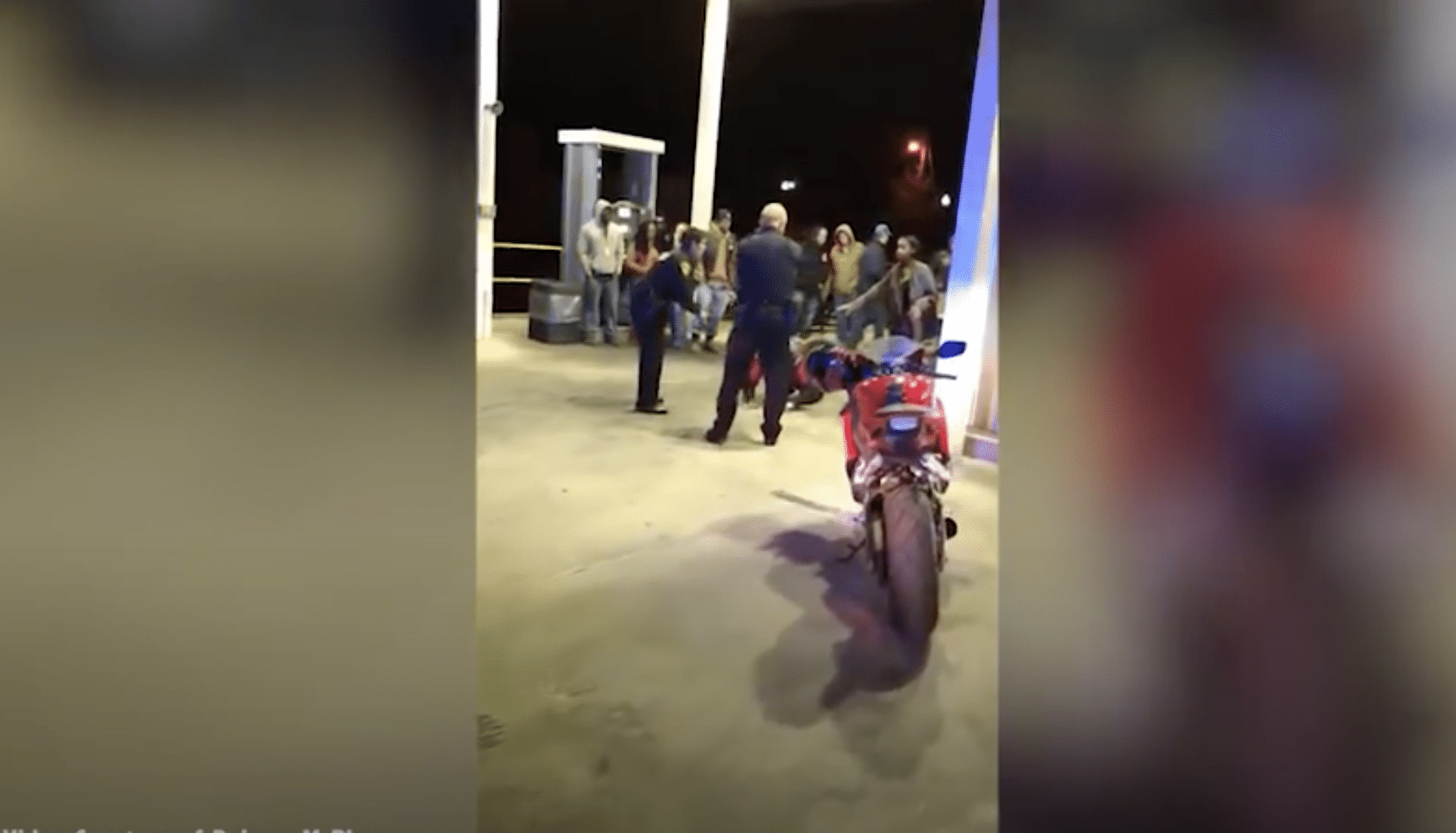 In the video, police offers can be seen approaching McPherson as he slowly gets to the ground. The officers play their part perfectly, shouting at McPherson with their “weapons” – unloaded Tasers – pointed right at him.

The tense moment even seems to have captured a crowd, as dozens of individuals can be seen surrounding McPherson and the officers. The bystanders remain nearly silent as the event plays out in front of them. 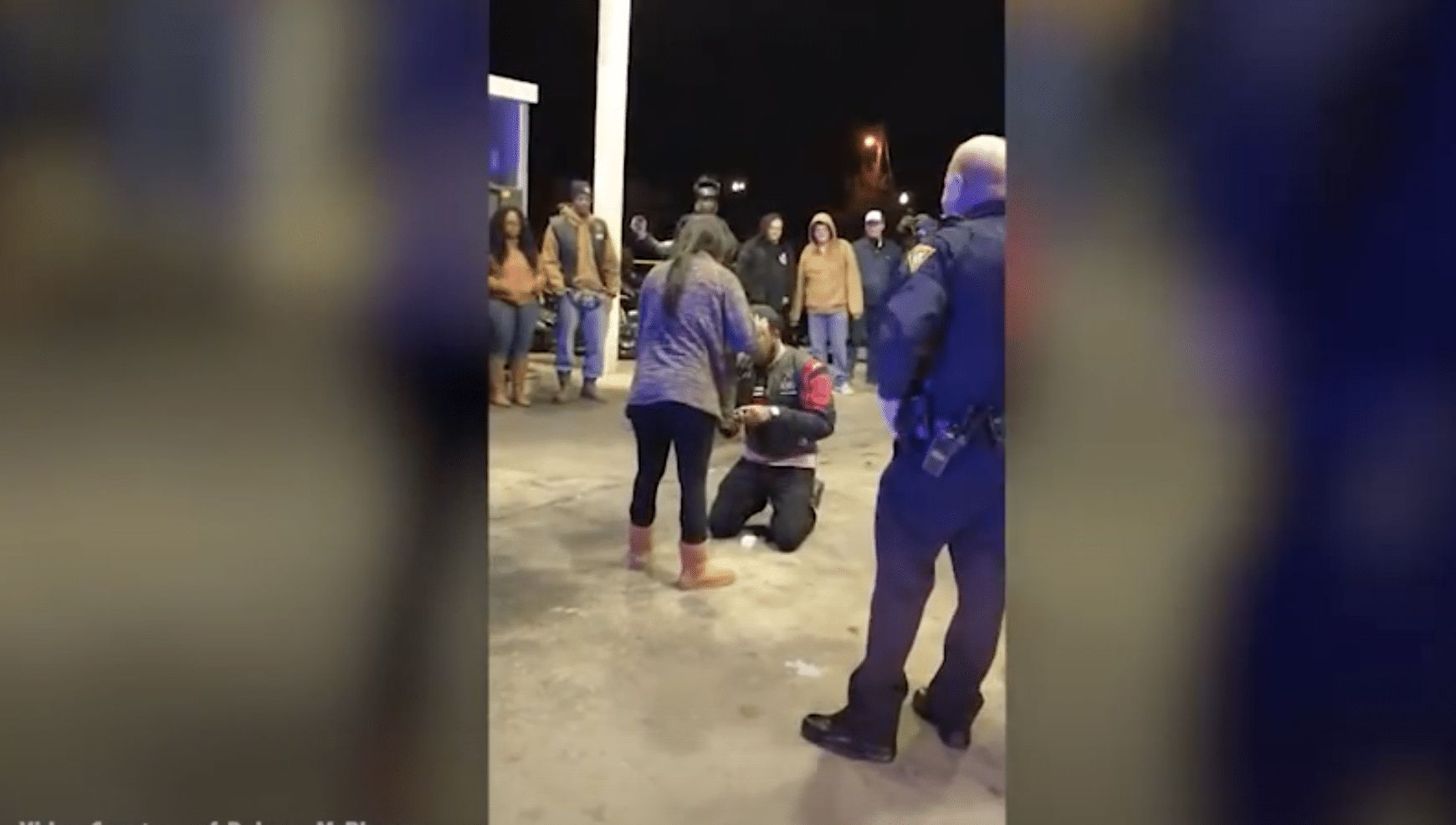 In an attempt to defuse the situation, Blackmon stands in front of her boyfriend and the police. When the officers ask if McPherson has a weapon, he says that he does have something in his jacket.

After a few more stressful moments, McPherson does retrieve something from his pocket: a ring. The crowd around them begins to cheer as McPherson looks up at his stunned girlfriend to pop the question. She is immediately brought to tears, overcome with both joy and a little anger as she looks back at the officers who successfully tricked her. 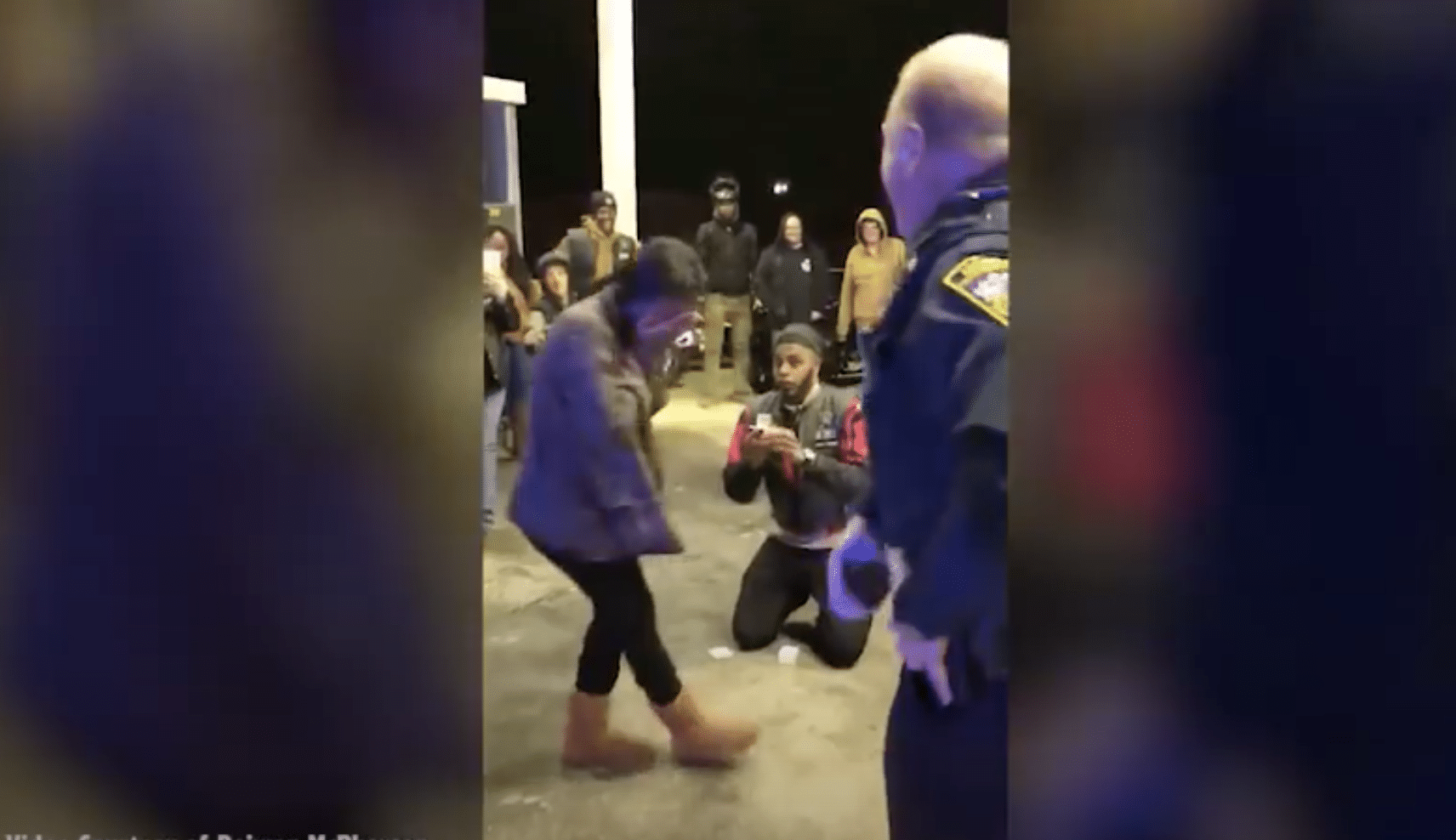 While the proposal was certainly a special moment for McPherson and Blackmon, the event had an even greater impact on the local community. In a time where tensions remain high with many police events garnering national attention, a coming together of officers and citizens is certainly invaluable.

McPherson has since said that he hopes his proposal can stand as proof that police and their communities can work together for positive relationships in the future.