The LAV-25 (Light Armored Vehicle) eight-wheeled armored vehicle has been a staple in the U.S. Marine Corps’ arsenal for more than 30 years. The amphibious armored reconnaissance vehicle, built by General Dynamics Land Systems, was first used in combat in the late 1980s. Today, the monstrous fighting machine is deployed all around the world.

In a 2016 video posted to YouTube, U.S. Marines with Light Armored Reconnaissance Battalion can be seen showcasing the LAV’s firepower while conducting live-fire assault drills in the country of Georgia.

Check out the awesome video below:

In the early 1980s, the Marine Corps was hoping to introduce a new light armored vehicle into its fleet. The branch first chose a design from GM Defense which saw initial use in 1983. At around the same time, the U.S. Army was also scouting out potential new light armored vehicles for their own fleet. During their search, they instead borrowed a handful of LAV-25s for use during the Gulf War. Following deployment, the LAV-25s were given to the Marine Corps where they proved to be the exact kind of military vehicle the branch needed.

The Marines ended up ordering more than 700 additional LAV-25s for their fleet. The vehicles would later be used in Iraq and Afghanistan as well as countless other missions around the world. 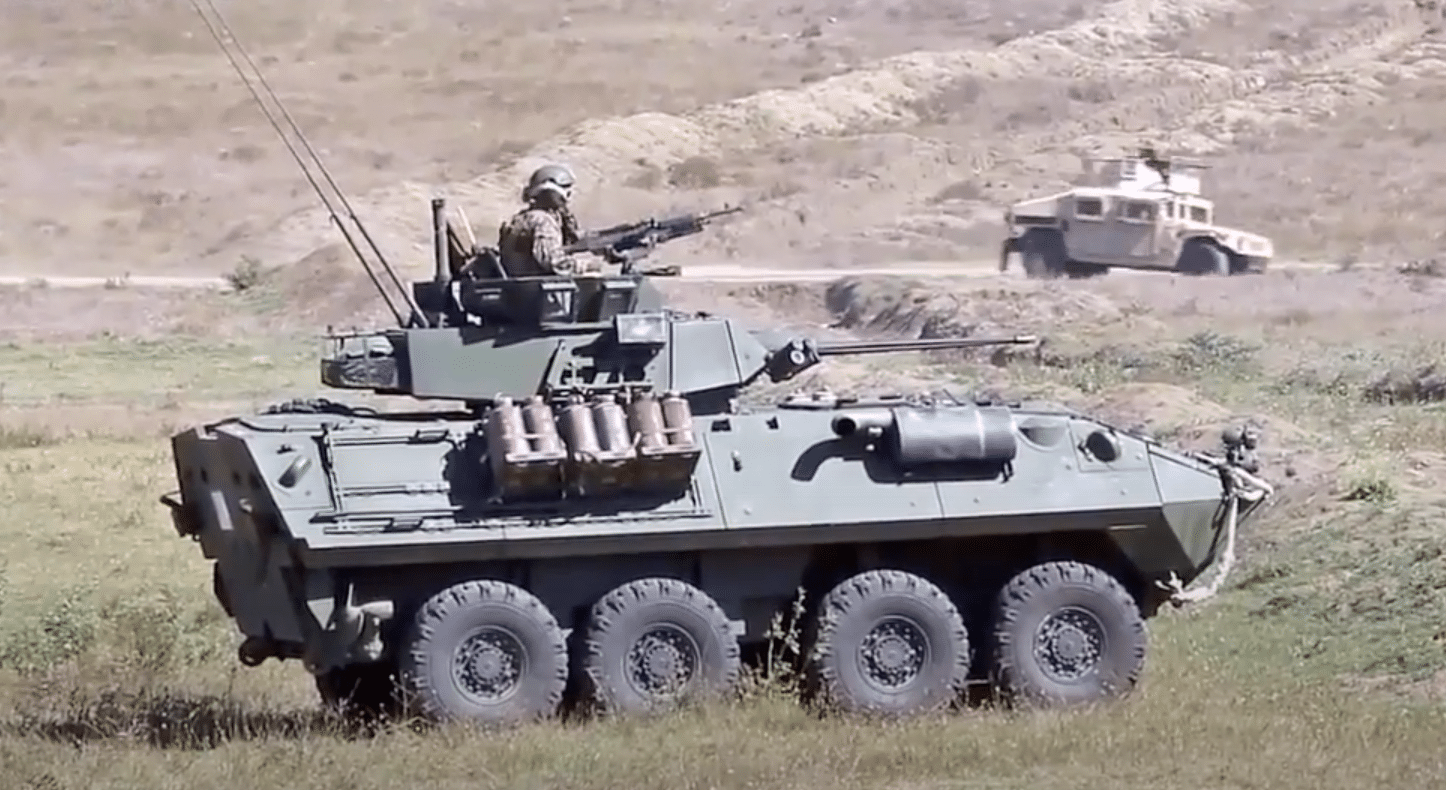 Through the years, the LAV-25 has seen countless revisions. Furthermore, the LAV platform has spawned dozens of other specialty light armored vehicles. From vehicles fitted with anti-tank launchers to ones specializing in air defense and even search and recovery LAVs, the machines can now be utilized in nearly every combat situation.

The 12-ton beast crawls across the landscape on eight massive tires which allow for incredible maneuverability in any terrain. Powered by a 300hp Detroit Diesel engine, the vehicle can travel some 400 miles.

Although the LAV-25 is a “light” armored vehicle, it still offers significant protection for the crew inside. The vehicle is protected by high hardness steel armor that varies in thickness between 4 and 9mm. While the armor is enough to stop plenty of gunfire, its lightweight form factor keeps costs low and limits the overall weight of the vehicle.