Titanium is an incredibly versatile metal with countless uses. From jewelry to building material and everything in between, titanium can be found in a large variety of everyday objects. And given the metal’s toughness, it begs the question whether a solid block of the stuff could potentially stop a bullet.

Matt Cariker from the DemolitionRanch YouTube channel decided to test just that when he put a hunk of titanium up against a wide array of different weapons, and the results were actually pretty surprising.

Check out how the titanium held up in the video below:

The titanium sample featured in the video was sent to Cariker by Tactical Advantage Armory. Cariker explains that the company actually utilizes titanium in a number of its own products including muzzle brakes.

However, Cariker expresses his desire to see if the one-and-half-inch thick piece can serve as a line of defense against some firearms. 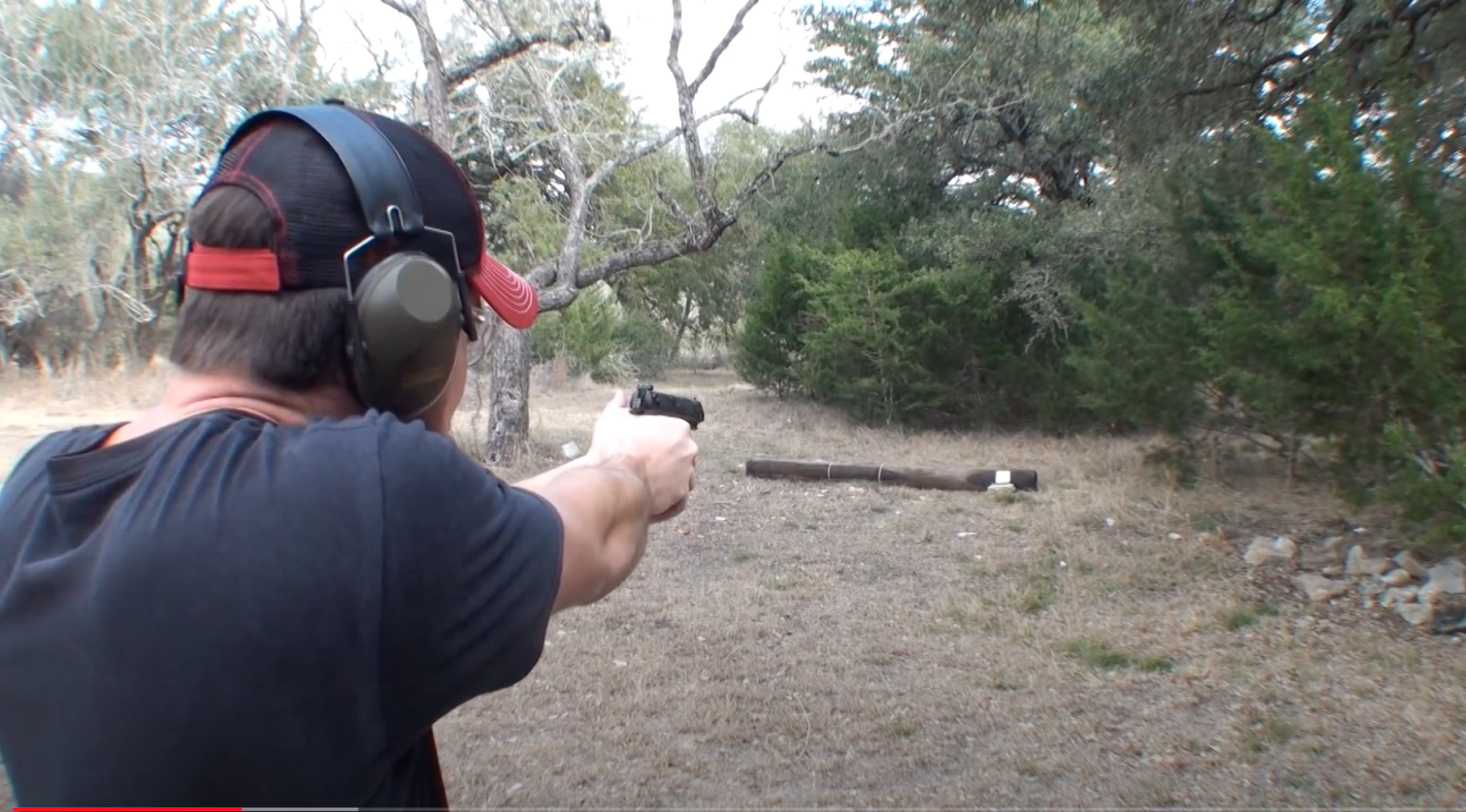 The titanium plate’s first opponent is a .22 long rifle fired from a handgun. Cariker fires two rounds at the metal from a relatively close distance. Upon further inspection, the titanium block brushed off the bullets like they were nothing. With little more than a scuff, the shiny square block easily defended itself against the rounds.

Next up were some 9mm rounds out of a CZ Scorpion. The much more powerful weapon seemed to have the potential to do some damage, but once again the titanium held up surprisingly well. 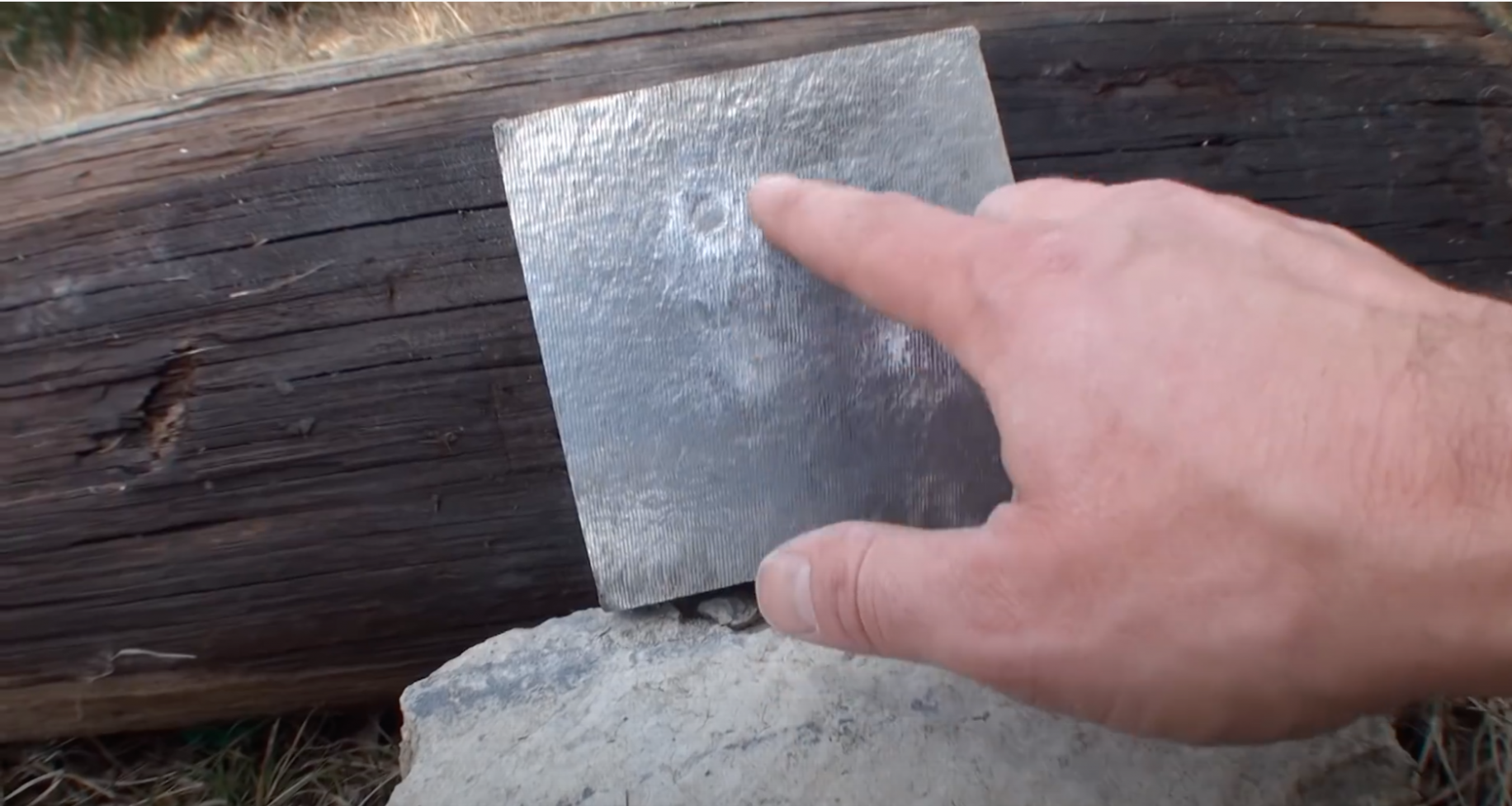 A .44 Magnum and an impressive lineup of rifles from a Henry 45/70 government to an AK and even an AR-15 all take their shot at the titanium. Each time, the titanium holds up well.

“I was kind of hoping to have something go through it or at least bend it,” Cariker says. “But titanium is a tough, tough metal.” 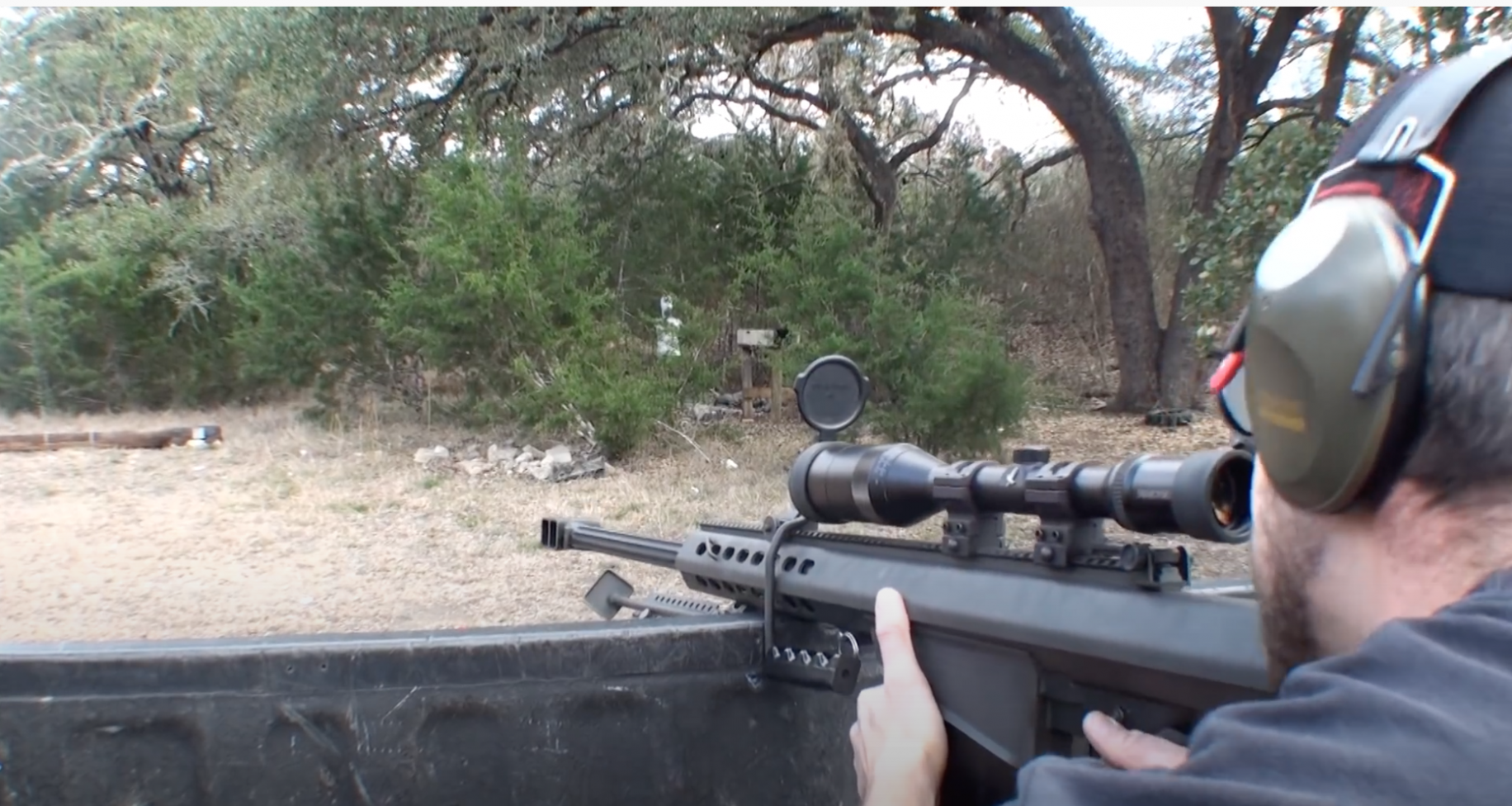 Fortunately, Cariker has one more gun to try: the Barrett .50 cal. With a flash of dust and a bit of sparks, the titanium block is knocked from its perch. Sporting its most prominent wound yet, the hunk of metal seemed to have met its match.

The DemolitionRanch YouTube channel features videos pitting everyday objects up against a wide array of firearms and other weapons. The channel as amassed more than 8 million subscribers with video views reaching the tens of millions.