to cut through the snow and clear the tracks. (The Best Compilations/YouTube)
December 27, 2016 Wade Bennett
Share
Tweet
Flip

Snowfall often brings cities to a standstill and can impact the lives of residents for days or even weeks at a time. Roads are blocked, schools and business closed and life as a whole seems to come to a total standstill. Figuring out a viable solution to the situation can also be particularly tricky. While shovels and snowplows can help, it is often simply a waiting game for the snow to melt and for life to return to normal.

Circumstances are different for trains, however. 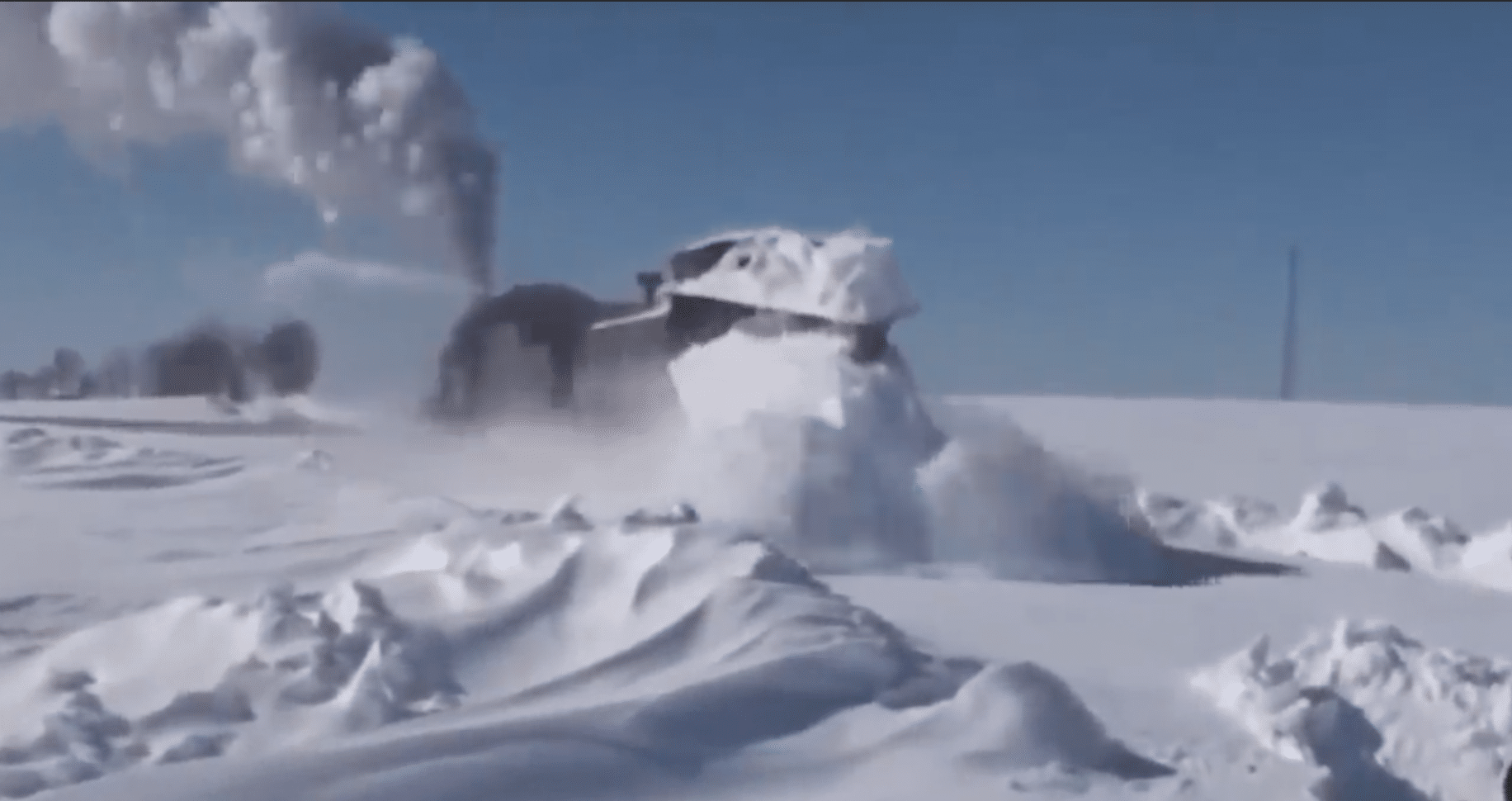 to cut through the snow and clear the tracks. (The Best Compilations/YouTube)

Trains aren’t burdened with waiting for the sun to melt the snow. Instead, they carve a path straight through the packed snow and ice, and press forward on their journey. Watching a train slice through feet of snow like a hot knife through butter is something to behold.

Check out some trains plowing through snow full-speed ahead in the video below:

Many of the trains featured in the video have a railroad wedge plow attached up front. Also called the Bucker plow, the wedge plow is a massive angular tool used to force the snow to the side of the track and out of the way.

Because the snow is usually packed in, an immense amount of force is needed to continuously press onward down the tracks. Fortunately, trains have enough power to plow through the icy obstacles with ease. Often times, the train tracks covered in snow have sat unused for days or weeks at a time, so the snow may even be a few feet high.

A train uses a wedge plow to cut through the snow and clear the tracks. (The Best Compilations/YouTube)

In addition to the wedge plow, trains also utilize a larger, more powerful snow-remover: the rotary snowplow. This menacing-looking beast was originally developed back in the 1860s and has been one of the most important railroad inventions still used today.

The rotary snowplow uses a collection of massive, rotating blades to cut through the snow. While many railroad companies prefer the wedge plow now due to its lack of any mechanical parts and lower overall cost, the rotary plow is often utilized when the snowfall is particularly high.

to cut through the snow and clear the tracks. (The Best Compilations/YouTube)

Today, dozens of different styles and designs of wedge and rotary plows travel the country ensuring that trains remain safe and the transport of goods remains reliable even in the harshest winter conditions.