Watch this AK shoot bullets until it begins to melt

Eric Blandford fires off hundreds of rounds from his AK-47 to see how long the gun can last. (Iraqveteran8888/YouTube)
December 09, 2016 Alex Smith
Share
Tweet
Flip

Have you ever wondered how many rounds you can fire off from your weapon before it reaches its melting point? Well, Eric Blandford of the Iraqveteran8888 tested out the continuous firepower of an AK-47 to see just how much the weapon could handle, and the results are pretty surprising.

Check out how long the gun was able to last – and what happened to it at the end – in the video below:

The goal of the experiment was to determine how many rounds could be fired from a genuine Russian VEPR AK-47 with minimal reload time and a continuous rate of fire. The weapon itself has been modified slightly in order to help it last, and Blandford himself is covered from head to toe in fireproof gear. 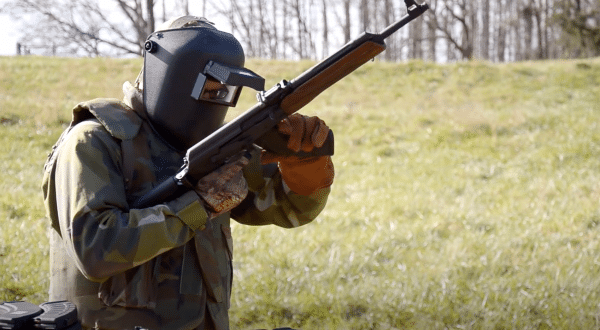 With a table stacked high with various magazines at his disposal, Blandford fires off round after round as fast as he can. In addition to standard-sized mags, Blandford throws in some dum mags as well. These larger capacity setups stress test the gun even more with dozens of bullets flying out nonstop. 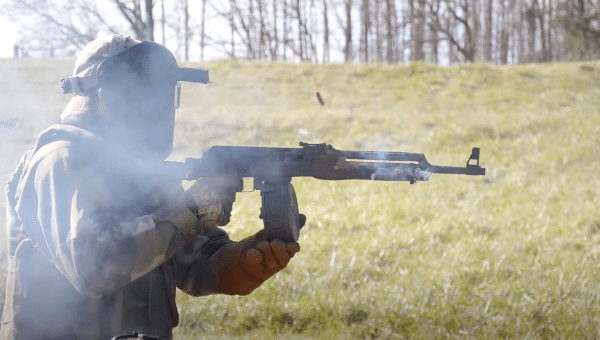 For nearly five minutes straight with countless magazines running their course, the gun seems to be holding up fine. But after finishing off another drum magazine past the six-minute mark, the AK seems to finally give up all at once.

What started out as a continuous stream of white smoke coming from the steaming barrel has now turned into bright orange flames as the wood trim of the weapon transforms into kindling. Blandford, undeterred by the flaming weapon in his hand, attempts to stuff in another magazine, but it’s too late. The gun starts to smolder and the experiment comes to an end.

“Wow, I mean what else can I say? That’s just impressive,” Blandford says as he gazes upon the charred remains of the AK. “I think we have pretty much determined that the AK is a pretty awesome gun.” 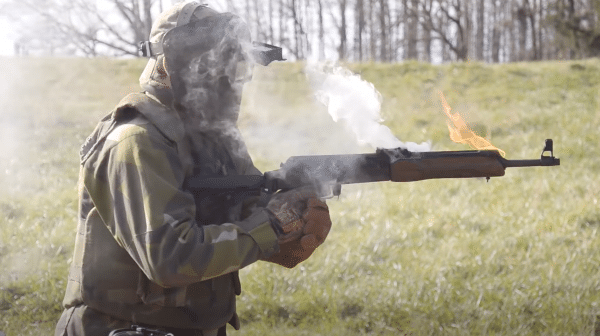 After hundreds of rounds and being engulfed in flames, Blandford even services the gun afterwards and fires off another mag just to show that, while it may have looked pretty charred, it actually still functioned once it cooled off again. Quite the result for one of the most beloved rifles!