Watch the do’s & don’ts of visiting a gun shop

Owning and carrying a gun comes with great responsibility. Unfortunately, too many gun owners do not recognize the critical gun safety techniques in general – or the necessity of gun safety in a gun shop.

Steve from Top Guns of Terre Haute, Ind. made a video titled “Don’t Be this Guy | Gun Shop Don’ts” to explore common mistakes that customers make when entering a gun shop with their own guns.

The video first showed a few acted scenarios involving a customer breaking key gun safety rules by pulling out various guns at the counter without checking the chamber, pointing it at another person, and all without good reason for doing so. 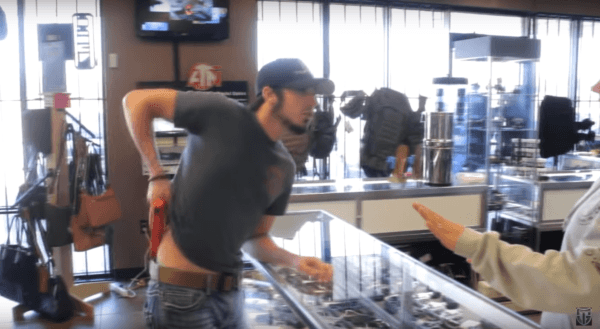 Gun shop patron unholstering their gun despite employee asking them not to. (Top Guns/YouTube)

“The only reason you should be pulling your weapon out, really anywhere, in particular, a gun shop, would be if you’re saving someone’s life,” Steve said. “If there’s a threat present and you are coming to assist someone, then we greatly appreciate anything you are there to do to help us.”

Simply shopping for a holster, sights, or other accessories for a gun aren’t good enough reasons to unholster a gun inside a gun store, Steve said.

“You don’t have to look very far, especially in today’s media, to find accidental discharges,” Steve said. “This is a rule that applies to everyone across the board because accidents happen no matter how much training you’ve had.”

Gun shop employees are no exception to the standard. Top Guns’ employees follow the rule of never withdrawing their guns, even if their guns contain an accessory the customer requests to see as they’re considering a purchase.

If employees and patrons alike follow the rule of never unholstering their gun, all parties can be safe without the worry of accidental discharge.

Yet even with a sign on the front door, customers still violate the rules of the store and of gun safety. 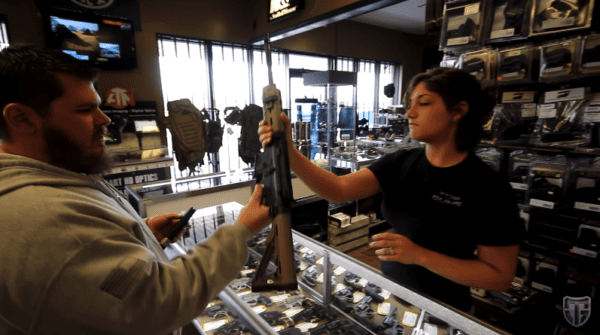 “No one is above that rule,” Steve said. “I’m sure that I speak for every gun shop out here when I say that we’re all uncomfortable when anyone – and I do mean anyone – pulls their weapon out in the store and if it’s loaded.”

There is a surprising number of patrons who unholster their gun, claim it’s unloaded, only for the shop employees to find out otherwise. In fact, the shop has been keeping a jar with all of the rounds they clear from guns brought in by these unsuspecting owners. 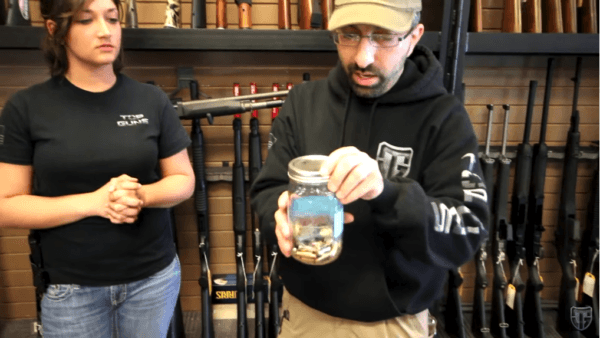 Rounds collected by Top Guns shop after owners claimed the chamber of their guns was clear. (Top Guns/YouTube)

Steve pleaded with patrons to keep weapons holstered when inside any gun shop, both as a way to reduce the negativity associated with gun ownership, and to keep everyone comfortable and safe.

Put Extra Holiday Calories To Good Use, Blast Your Arms And Grow With These Unconventional Methods