Shooting a gun and the right to bear arms is the one power in the American experiment that puzzles individuals around the world.

Though they aren’t an exception, most Canadians are baffled by the Second Amendment, yet some feel “curious” about what it’s like to shoot a gun for fun. 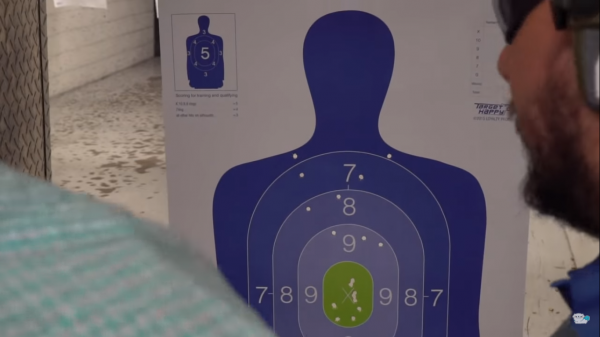 This couple, Simon and Martina, got the opportunity to find out for themselves while visiting some of their American friends in Las Vegas. This video is their courteous and humorous sharing of their first time experiencing a firearm. In fact, they said they have never ever even touched one.

They said they are terrified.

In their own words, “when we visited our friends in America, we wanted to experience what shooting guns would be like. Here’s how it turned out.”

Check it out in the video below:

At the gun range, they put on their protective gear and get ready to get a taste of the Second Amendment.

Round one is the Glock 9mm, which is the most popular gun in the U.S. for law enforcement and also across 48 other countries.

Martina shoots first and gets hit with a casing in the forehead, quickly learning the importance of wearing the safety glasses. She also admits that her hands are a shaky wreck. Next, Simon shoots, and he seems to really like it and he’s even a good shot.

The Desert Eagle .50 caliber is next. This gun has been featured in roughly 500 motion pictures, TV films, and several video games. Martina fires first, and she admits the gun is powerful. The difference in size between the 9mm to the .50 caliber is pretty significant. 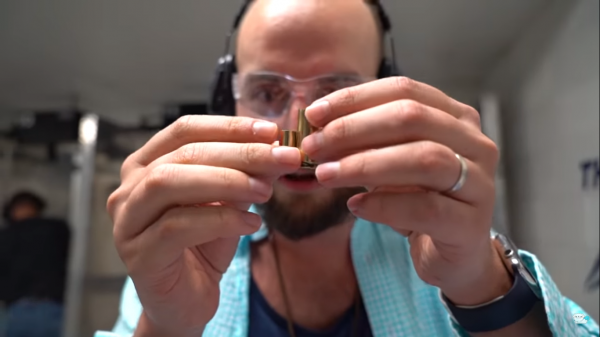 Canadians Shooting Guns for the First Time (Simon and Martina/YouTube)

Martina goes first and she claims it hurts her shoulder when she fires, and is too bumpy on her face. In order to avoid a possible injury, the AK-47 is handed over to Simon and he appears mesmerized at the gun. One of the empty shells hits Simon in the chest and while he isn’t hurt, it leaves behind a red mark.

Round four is the Belt Fed Machine Gun, which looks like an M-240 or M-249 SAW light infantry weapon. Martina holds her own with it and Simon does too.

When all is said and done, the couple admits they will probably stick to shooting videos instead of guns.