It has been said that the more you sweat in training, the less you bleed in combat. It has also been said that you want to train like you fight, so you can fight like you train. There are few military services that embody these mottos more than the U.S. Marines. Since the very first moment the Marines step on the yellow footprints in boot camp, until the day they decide to retire from service, there is one thing that every Marine learns: you will train hard and you will work hard all the time.

There is not a Marine infantryman who has not partaken in training at Marine Corps Air Ground Combat Center Twentynine Palms, Calif., also known as “Range 400.” It is the most complex and advanced range at any military installation in the world. This is where all Marine commanders are tested and must pass before they go to war. 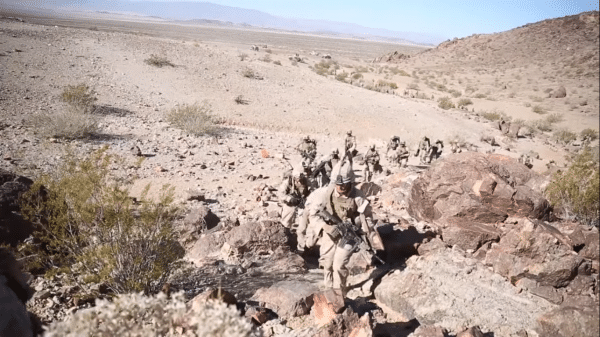 “Be prepared to put boots on the deck in any clime and place against any enemy that presents itself to us or our allies,” is the mission statement, according to Funker 530.

It should come as no surprise then to find one of the most realistic military training ranges in a U.S. Marine combat center. The range is simply called Range 400, and it’s been dubbed the most realistic live-fire range of all time. In the video, you can watch the U.S. Marines with 2nd Battalion 8th Marine Regiment train at Range 400.

Training at the range enables Marine units to strengthen their combat capabilities in a desert environment to prepare for potential deployments to similar environments overseas.

While at Range 400, brother Marines do all the grading according to their specialties. The brother Marines are called “Coyotes,” and they will watch every move the Marines make, ensuring they meet the standard. 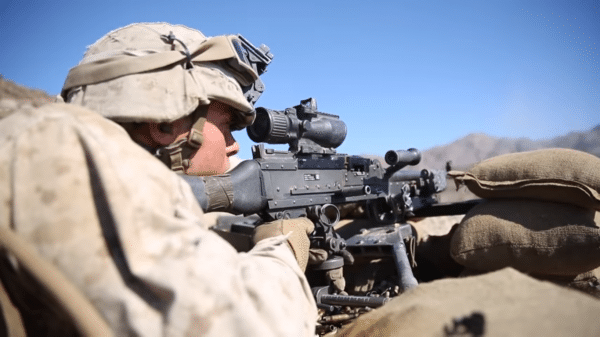 The range starts at the earliest of dawn with various stages of combat training along the way. In the end, a counter-attack is established to complete the mission. It takes between one and four hours to complete Range 400, depending on the team’s ability.

“It is one of the few places in the world where training happens at the highest level, and Marines are pushed to work at the edge of their capabilities, and beyond,” Funker stated.

Commanders can only run this range one time during their leadership position. It is a true final exam.