On Tuesday, President-elect Donald Trump announced that he has selected Thomas P. Bossert to be his chief advisor on homeland security, counterterrorism, and cybersecurity matters. The Trump transition team released a statement that Bossert, who worked as deputy assistant for Homeland Security in George W. Bush’s administration, would have an elevated status within the bureaucracy that would be on par with that of the next national security advisor General Michael Flynn as Trump plans to split up the Homeland Security Council and National Security Council. 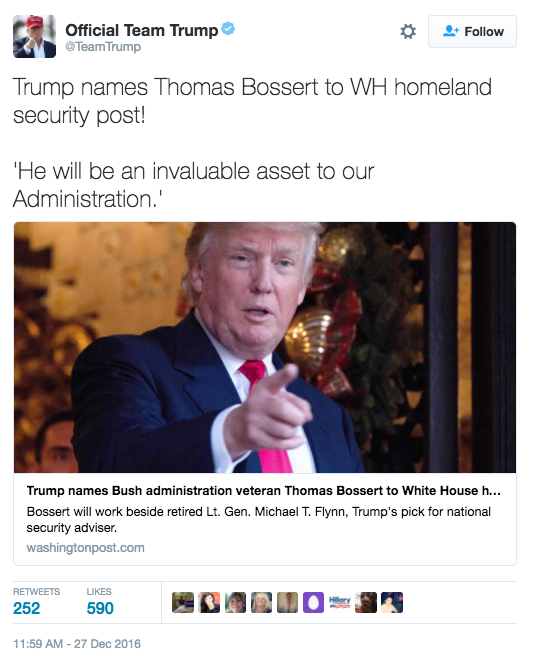 “Tom brings enormous depth and breadth of knowledge and experience to protecting the homeland to our senior White House team,” Trump said in a statement. “He has a handle on the complexity of homeland security, counterterrorism, and cybersecurity challenges. He will be an invaluable asset to our Administration.” 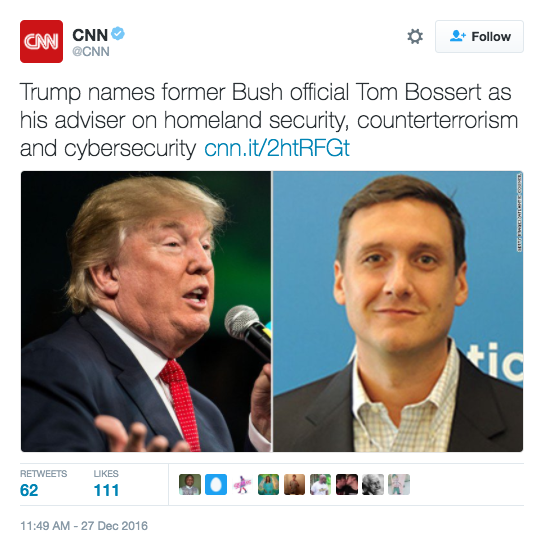 “We must work toward cyber doctrine that reflects the wisdom of free markets, private competition and the important but limited role of government in establishing and enforcing the rule of law, honoring the rights of personal property, the benefits of free and fair trade, and the fundamental principles of liberty. The internet is a U.S. invention, it should reflect these U.S. values as it continues to transform the future for all nations and all generations,” Bossert said in the statement.

Trump is reversing merging of the Homeland Security Council and the National Security Council that was implemented by President Obama when he first took office in 2009. The decision will result in Bossert advising Trump specifically on domestic security threats and General Flynn advising Trump on international security matters. Neither role requires congressional approval.