The boys from the DemolitionRanch YouTube channel are always coming up with crazy ideas. But their latest video might just take the cake as their most ambitious yet.

The Standard Manufacturing DP-12 shotgun is a solid firearm on its own. But not content with just the one single gun, Matt Carriker decides to fix three of the weapons together for the ultimate 6 barrel shotgun. 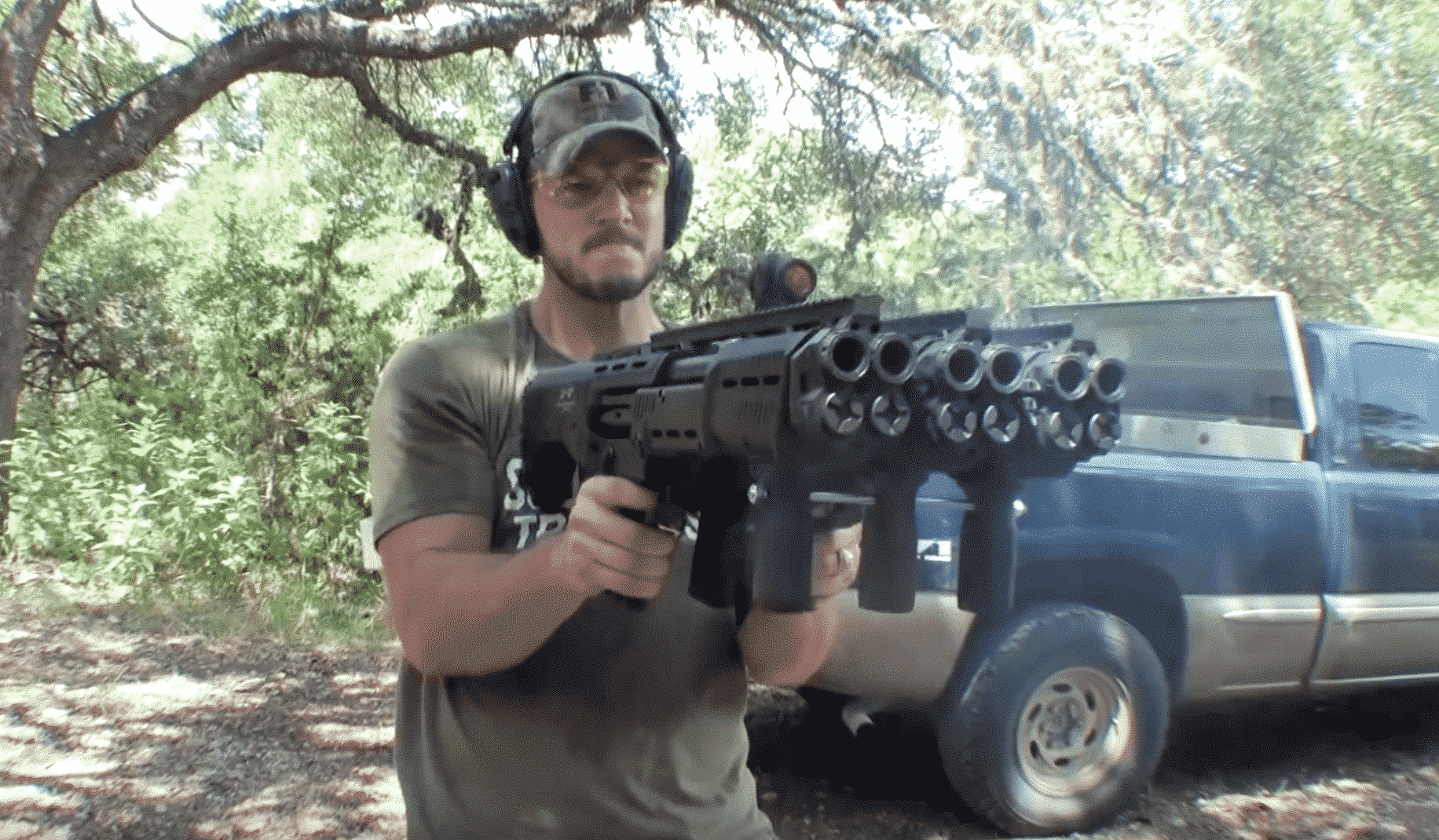 Carriker owns a DP-12 shotgun himself, but to accomplish this project, Standard Manufacturing actually sent him two more on loan just so he could make the super weapon happen.

And make it happen he did. Check out the “triple double, 6 barrel shotgun” in the video below:

In order to accomplish the feat, Carriker used some built-in holes already on the guns themselves and drilled a couple more holes into some add-on forends. He then used a long metal rod and some bolts to fashion the entire contraption together.

In just a matter of minutes, Carriker successfully fastened all the weapons together, putting an insane 6 barrel shotgun right at his fingertips. 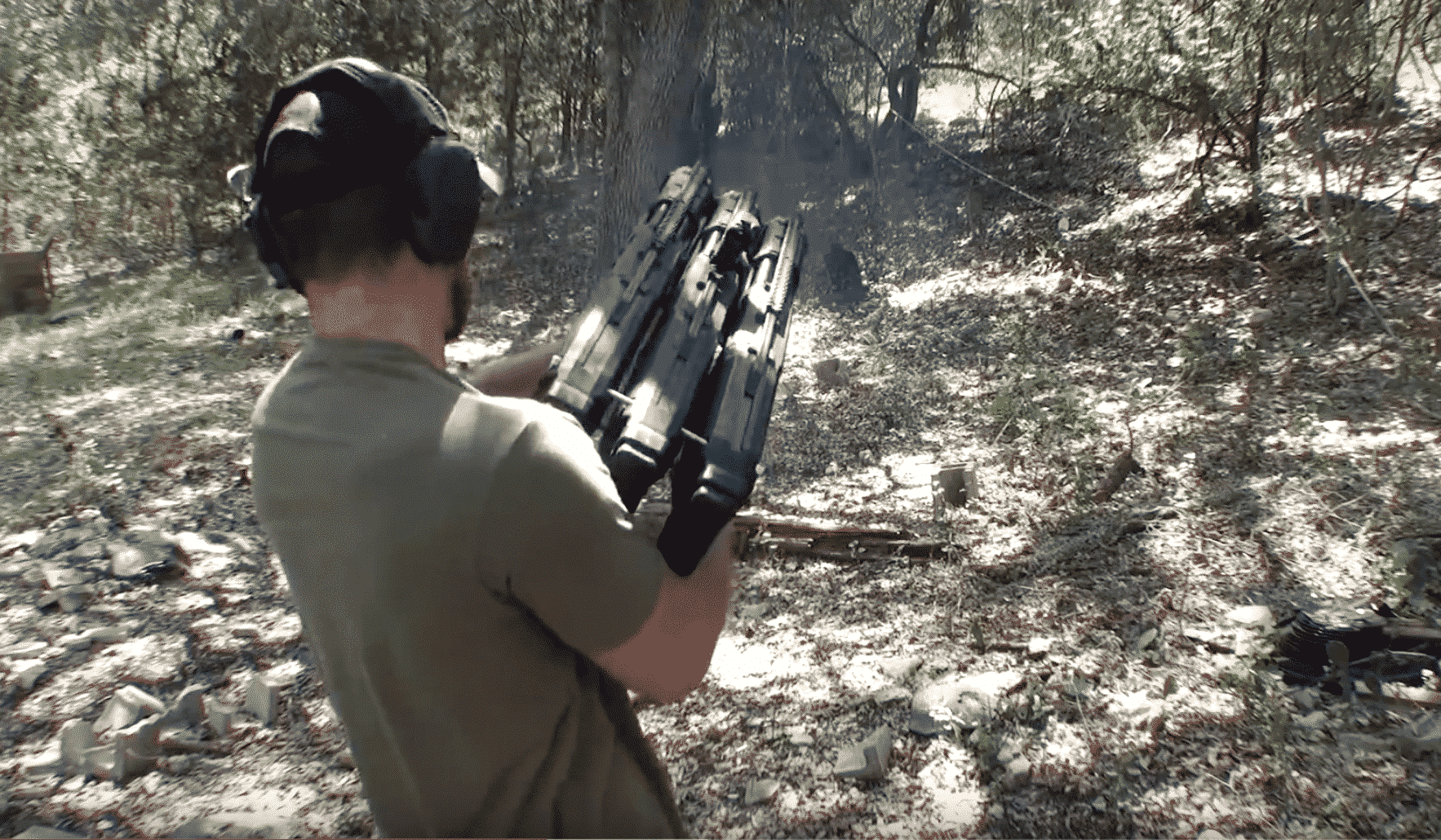 The makeshift weapon is obviously incredible awkward to hold being nearly as wide as it is long. Carriker also remarks that, when fully loaded, the entire setup is significantly heavy.

But Carriker’s super weapon proves successful as he fires from each of the guns one after the other. 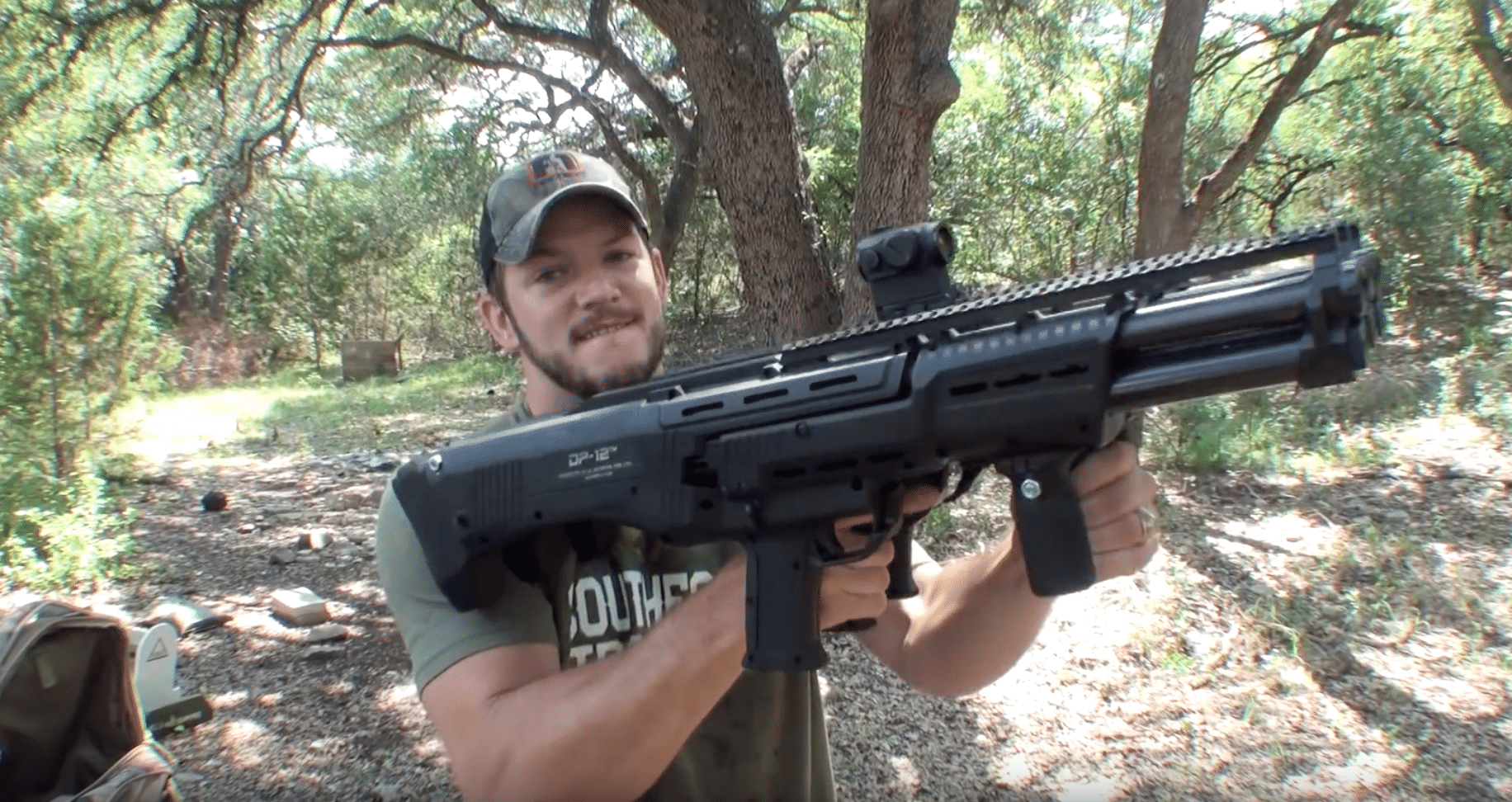 While the rate of fire might not be as quick as using one single gun, there is no doubt that the amount of rounds in total offers a large advantage over the enemy. The individual guns by themselves hold seven in each tube and one in the chamber for sixteen total shells. Together, Carriker’s “triple double” packs a mind blowing forty-eight rounds.

While not exactly practical, Carriker’s concoction is a pretty impressive accomplishment. Of course, he and his friends are no stranger to wild and crazy weapons demonstrations. From shooting his truck with a tank to blowing up safes, the DemolitionRanch YouTube channel is a hub for all things firearms and destruction. The channel has accumulated millions of subscribers and earned hundreds of millions of views in the past few years.