Becoming a sniper rifle for the United States Navy SEALs is far more complex than just firing a weapon. SEAL team snipers must be trained and ready for every situation, both as a combat troop and expert marksman. Sometimes, those two worlds collide, and a sniper has to put his combat training and shooting skills to work all at once.

A stress test developed by Navy SEAL Sniper Monty LeClair takes trainees off the shooting range and into real-world combat scenarios. The course requires snipers to not only remain quick and accurate in their shooting, but also fast with their movements and setup, well rounded in their abilities, and better prepared for anything they may experience.

Check out LeClair successfully completing the course in the 2015 video below:

The purpose of LeClair’s training is simple: get snipers more prepared for what they will really see when deployed.

“You’re forcing yourself into awkward positions. You see more and more pictures and talk to guys overseas having to do exactly that in an urban environment,” the host of the video explains before the demonstration.

“That’s one of the benefits of setting up stress courses for guys. You can force them into those positions and do it on the clock and force them to adhere to proper tactics,” LeClair says. “Remember, going out on a flat range and shooting prone is the easiest type of shooting. It’s taking this gun and gear and getting in awkward shooting positions in the real world and making it happen.”

The stress test begins with LeClair ascending to the upstairs portion of the training building. From there, his first task is to squat down and fire off multiple rounds at targets from varying distances.

LeClair must then quickly head back downstairs and set up another shot utilizing a camera tripod. At this point, his heart is racing, his breath is heavy and it’s becoming more difficult to quickly set up his position. 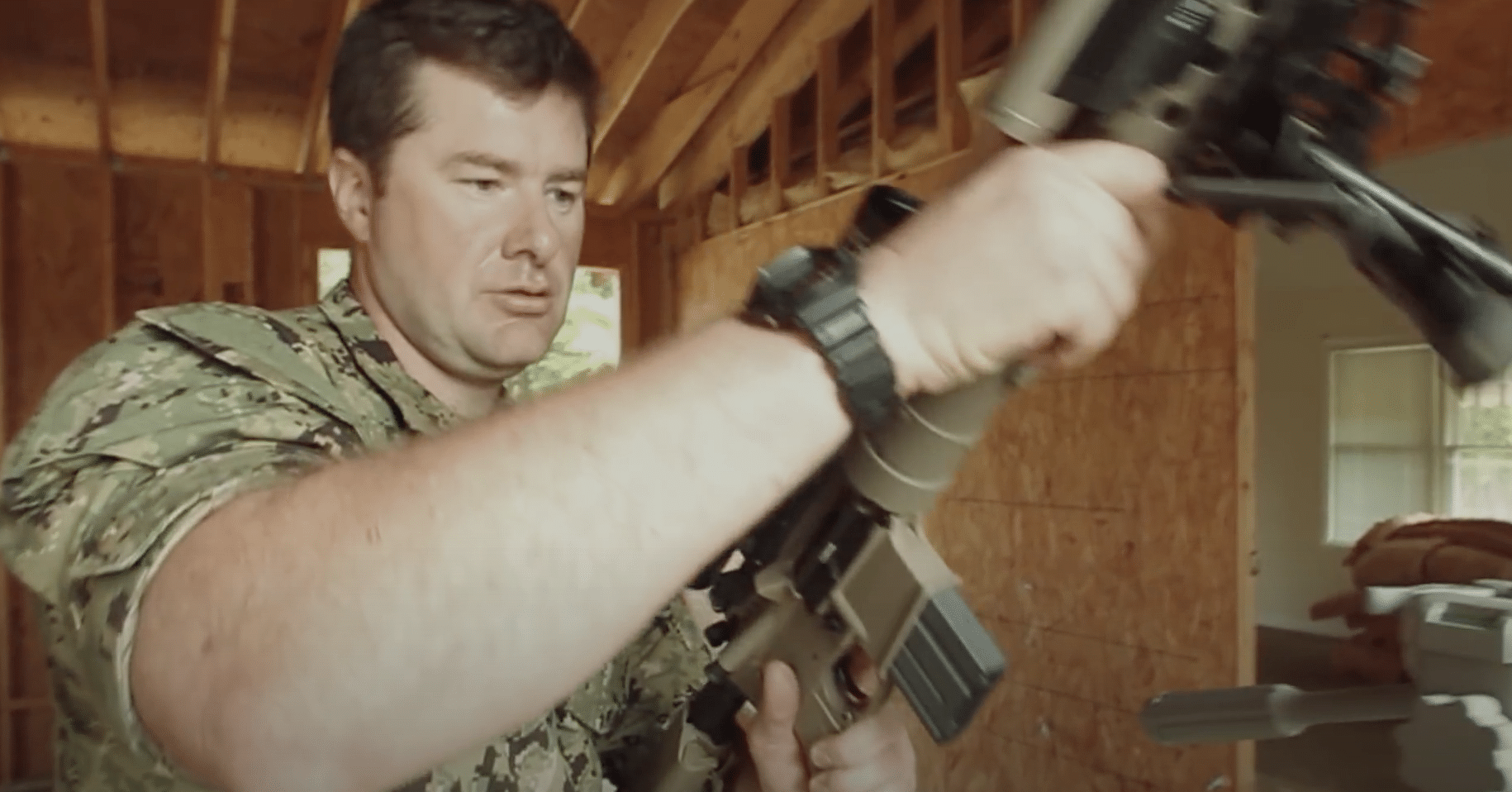 Once those targets are cleared, LeClair heads over to an open doorway. He peeks out at the target and fires off one more round as he stands upright. Shooting a sniper rifle from this position with no additional aid is particularly tough, and the previous high-intensity exercises only add to the difficulty. 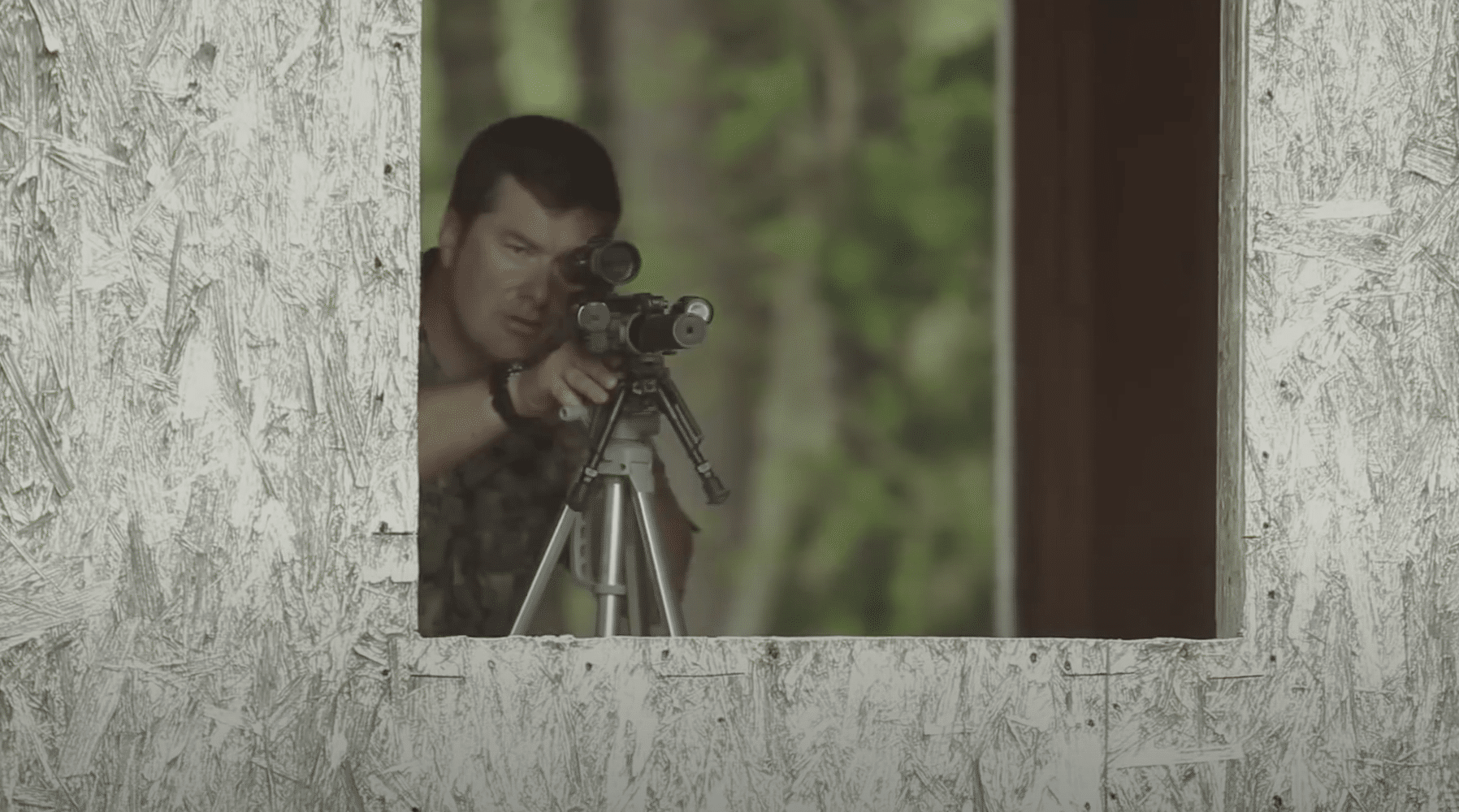 LeClair then takes another shot, this time awkwardly peering out a window. From this angle, nailing a target accurately is quite the task, but the trained SEAL makes it look easy.

His final test requires him to run outside and take up a position atop a hill. Lying prone, LeClair must strike his furthest target yet.  Even though the training exercises are all over in a matter of minutes, the skill and intensity required to complete it successfully are immeasurable.

LeClair hopes that companies implement this type of training, both for trainees and experienced snipers who need to polish their skills. LeClair explains that this sort of exercise is much closer to what deployed snipers see in combat and is far more important than simple range training.

Teen Arrested For Bringing Stockpile Of Weapons Into Trump Tower